The idea for this conversion came from A Painting Chaos. APC took a couple of drop-pod sections and used them to extend the Talon's wings. I was really impressed with the look of this model when I spotted a video about it on YouTube and I decided I would try this approach.

For my version of this conversion you will need:

Body and Chin Cannon
The cockpit and main chassis go together exactly as the instructions in the box suggest. 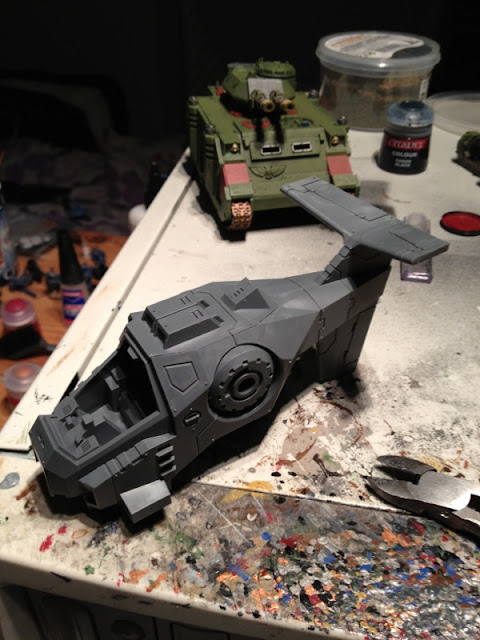 The ugly cannon under the chin is one thing that a lot of people really dislike about the Stormtalon, so I decided to relocate the assault cannons under each wing. Because the wings are extended there is plenty of space, but the problem is what do with big circular gap underneath the cockpit where the turret would usually go.

Here's my simple solution. First, remove the turret pivot with a scalpel, leaving a circular hole. 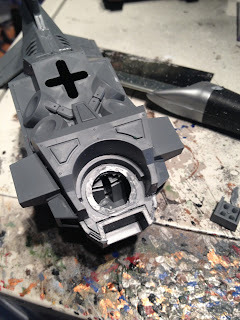 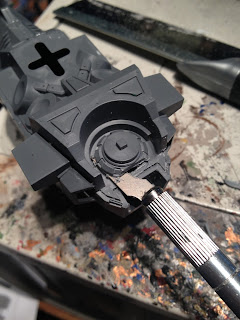 I was planning to have a look in my tank-bits box for a turret hatch, but I had a Tau Gun Drone to hand, and it fit in the gap almost perfectly. 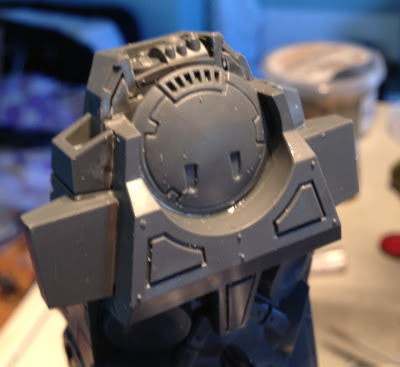 The underside of the drone is visible when the Talon is viewed from the front, and this might sound like a problem, but actually I think it contributes to the look of the model when viewed from the front by bringing in some extra detail that does not look out of place. 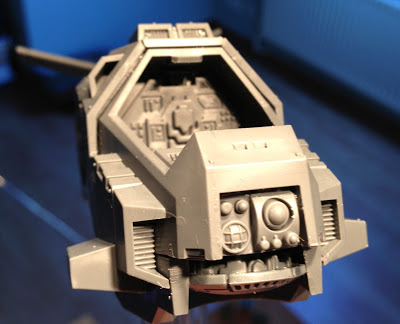 Engines, Weapons and Wings
The next step is to build the engines. Again, these start off being identical to the ones that the standard instructions tell you to build. Instead of gluing the stubby little wings on, remove the tab that they would be glued to using a scalpel. 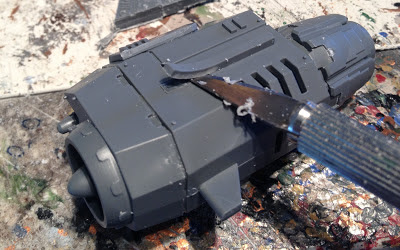 This step is probably best done before the engine is glued together, but I was making it up as I went along and ended up doing it afterwards.

Next, it's time to make the custom wings. Take the drop pod section and cut it along the straight line that runs approximately half way up.

Drill and pin the wing onto the engine in the same alignment that the standard wings would follow. 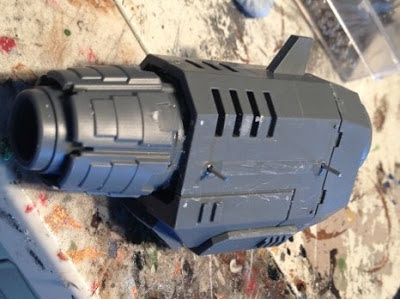 I chose to put the flat edges of the wings facing forwards, but I suppose that this is a case of personal preference. Because I was having weapons mounted under the wings, I need to tidy up a few bits of detail to make a nice gluing surface. 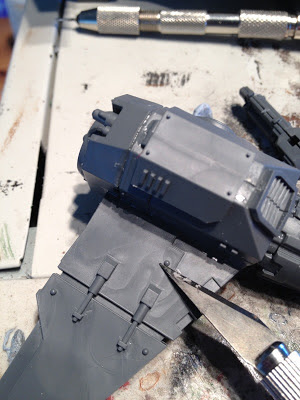 After much deliberation I decided that the best bet with the weapon pods was next the engines. The parts have been designed to hug the fuselage in the standard design, and this will work just well with the engines for the purposes of this conversion. The assault cannons can be tucked in just next to them and the conversion work is pretty much done. 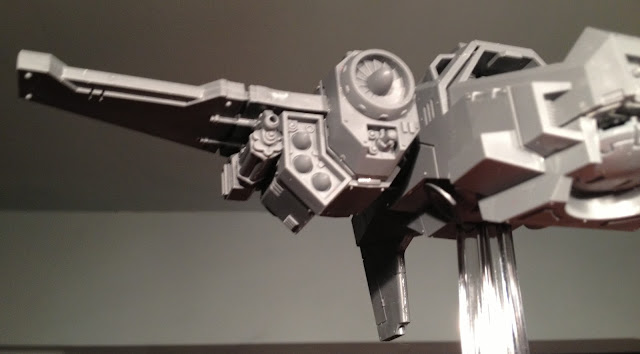 I have chosen to glue this model up with the Skyhammer missiles, just because I like the look of them. The lascannons or heavy bolters fit in the same housings and would work fine in this conversion. A little bit of work might be required if you think that the weapon looked funny side on.

That's pretty much it. I really like the change it makes to the look of the model, and its a really quick and easy conversion. The Stormtalon kit is actually really nice, but I think it is best to go off-piste to make the most of it because the standard design isn't as good as it could be in my opinion. 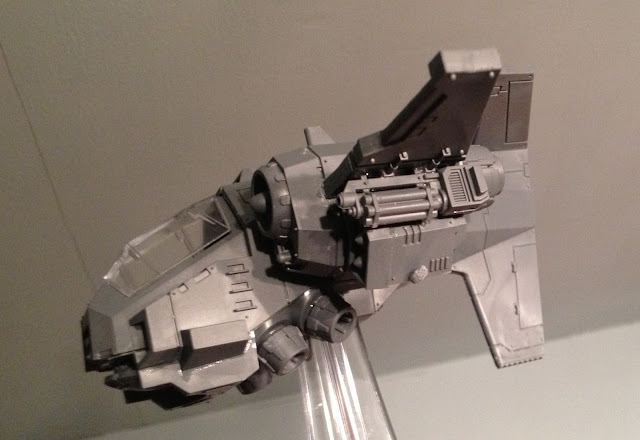 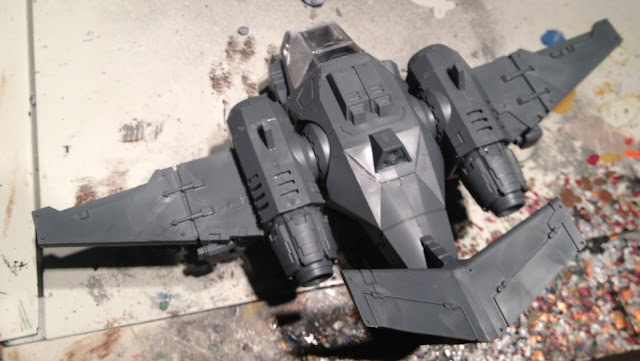 Here is a bonus picture of 40k cat playing a 1500 point game last week. None of us had the heart to tell her that she was more than 3" away from the objective. 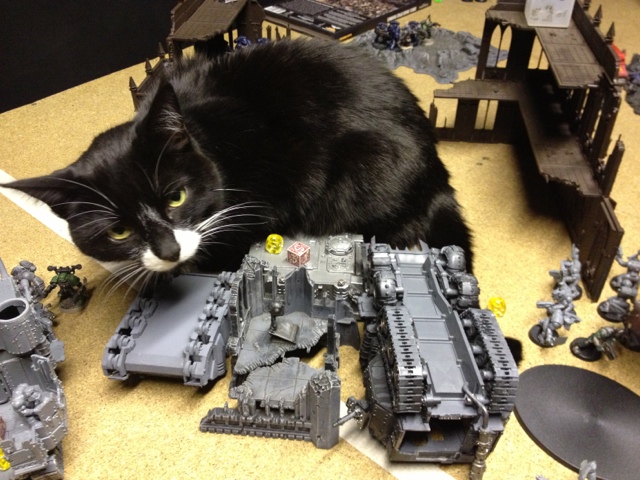 Posted by Danny Kastigaunt at 13:25