I'm working on a Tau detachment to go with my marine army. I've never played with or against them but teh internetz and the codex says they'd make great fire support for marines who in return provide troops that are a lot less squishy than fire warriors. 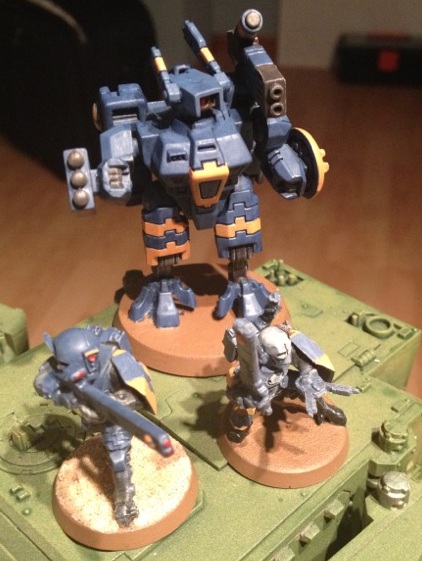 I really like the fact that you can knock together a battlesuit really quickly, and I wanted a way of painting them that would look reasonably nice without taking too long. Here's how I did it: 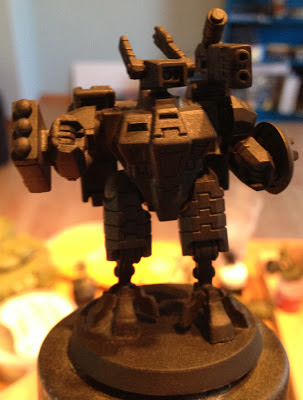 Firstly the model is sprayed black. I did experiment with a white undercoat for this scheme but I found it pretty frustrating to work with. Black is much more forgiving because in spots where the basecoat shows through slightly it is much less noticeable. 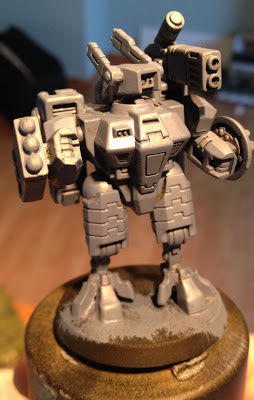 Next, the suit is basecoated with a slightly thinned down coat of The Fang (Shadow Grey was the equivalent in the old line I think). I managed to get pretty decent coverage in one coat using a tank brush, then switching to a smaller brush to touch up hard to reach areas or move paint around in the places that got a slight bit too much. 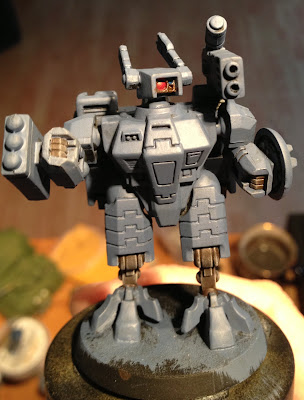 The dark areas of the suit are blocked out using Rhinox hide, again slightly thinned, which then gets a quick dry brush highlight with Dheneb Stone to cheer it up a bit. At this stage I also filled in the lenses up with colour. 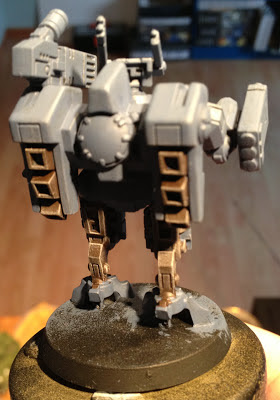 Now the all the blue armour gets a heavy blue wash which sits in the recesses, and deepens the shade of blue on the flat plates. The improvement that this makes to the final look of the model doesn't come across fully in the pictures. Although its still a pretty basic look, this is tabletop scheme after all, it does give suit a lot more depth and help to make it look a lot more finished. 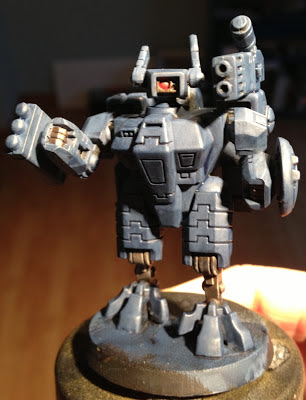 Finally, the model needs a brighter colour for some contrast and to brighten it up a bit generally. I chose Jokaero Orange. This paint is a bit fiddly to work with, and at times I found that it somehow managed to seem too thick and too thin at the same time, but with a few coats it looks fine. 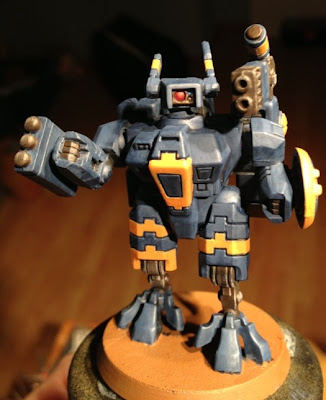 This mini isn't 100% finished in this picture - its still needs some touch ups and to be based, but it shows how the scheme works.

Here is a bonus picture of 40k Cat overseeing a game of Space Hulk. She is a very strict GM and marine players that use too many command points risk losing an eye. 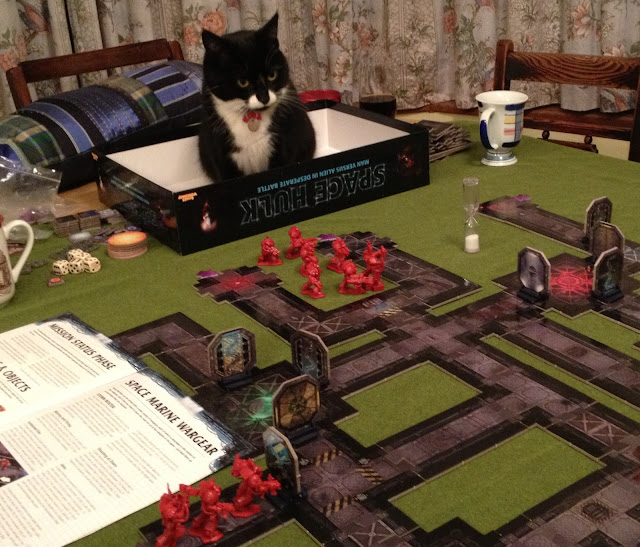 Posted by Danny Kastigaunt at 09:54