I thought it was worth doing a quick write up of the paint scheme that I use for my Firewarriors and Pathfinders. My Tau army is based around a blue theme, with some orange trim. Of the "official" Tau schemes, it is most similar to Sau'cea sept. This is designed to be a very simple tabletop scheme with a nod to GW's Sau'cea minis in the Tau Codex. 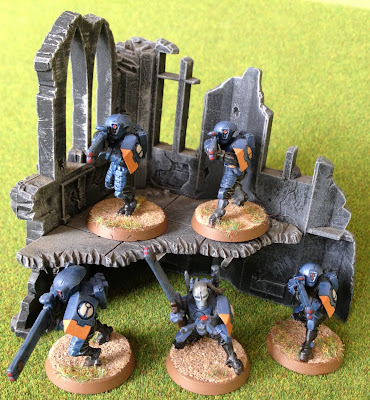 As usual, the model is undercoated black. Most of the time I use a matt black undercoat sprayed on with an airbrush, so my first job is to use a "proper" black paint, in this case GW Chaos Black, to cheer up fatigues and gloves which will still be black when the model is finished. 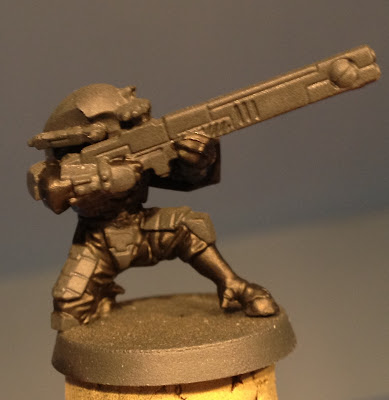 Next the main base colour goes on. I use Vallejo Game Colour Sombre Grey because it is easier to work with than the GW equivalent, The Fang. I leave the black showing in the recesses between the armour plates and in the details of the pulse rifle. Some these lines can end up looking a bit messy, but don't worry about that too much - the next step tidies things up nicely. 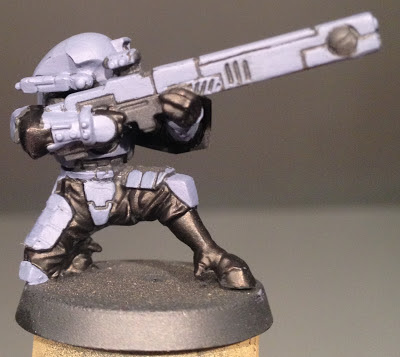 In order to deepen the blue and give the model some depth, a blue wash goes over all the armoured areas and the weapon. Before you do this, a very quick highlight with something like GW Space Wolf Grey / Fenrisian Grey can go on if you want, but the final result will look fine without. In this example I've just used a tiny bit along the top of the pulse rifle and on the leg armour. 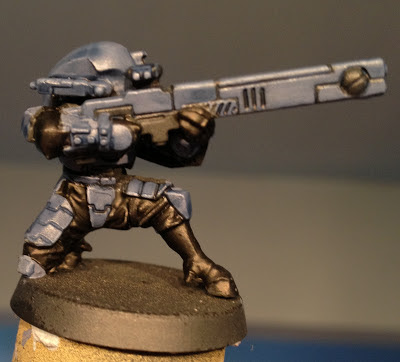 Next, the rifle stock, the thing that looks like a screw at the top of the weapon, and the hooves are blocked out using GW Rhinox Hide. 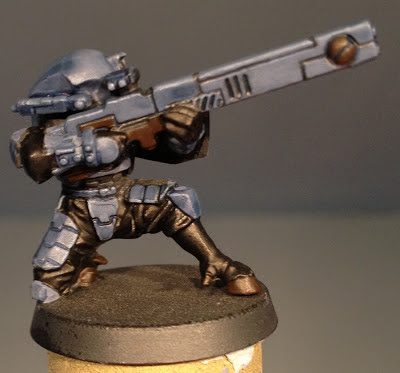 We are very nearly there. I didn't have much success in painting the sept markings on the pulse rifle which you often see in pro schemes, so instead I opted for a solid block of orange on the shield. I use GW Jokaero Orange at the moment, but I am planning to switch to the Vallejo equivalent when I get a chance. The Tau symbol is picked up using GW Dheneb Stone, and the lenses and rifle scope get a little touch of GW Khorne Red. Dheneb Stone can also be used for a quick drybrush highlight on the fatigues, rifle stock and rifle details. 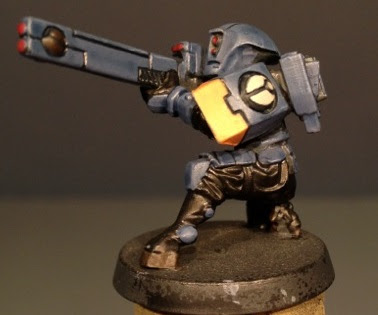 That just leaves a bit of cheap and cheerful basing, and these Firewarriors are ready for the table.

If you are interested in a tutorial about a quick way of doing blue Tau-skin, there's one here. A similar tutorial for battlesuits is here. 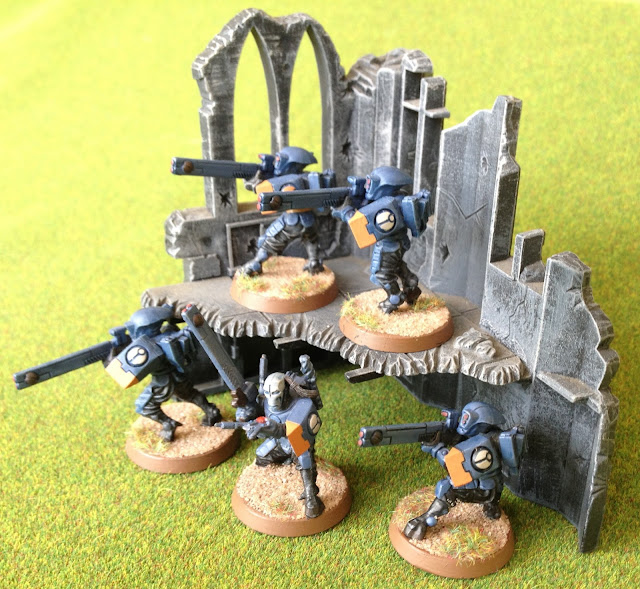 Here is a bonus picture of 40k cat. I have just ordered a job lot of Kroot from eBay. As soon as I took the sprues out of the box to inspect them, 40k cat immediately felt the need to inspect the box. 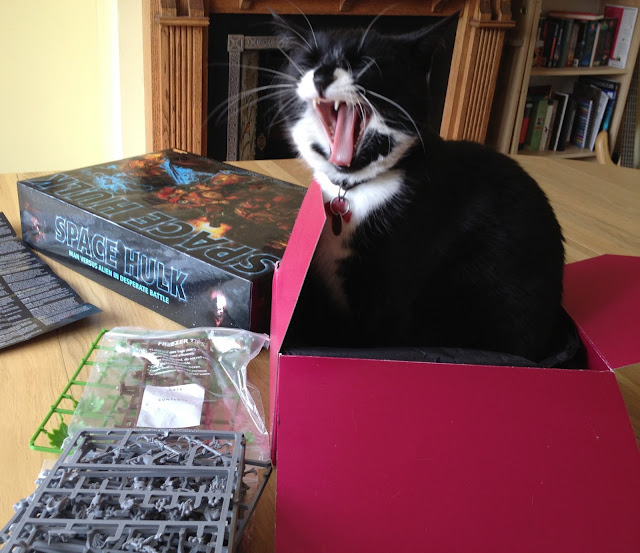 Posted by Danny Kastigaunt at 05:59