One of my ongoing projects is to paint a set of six space marine captains that were released in about 1990. The latest one to be finished is this Blood Angel. 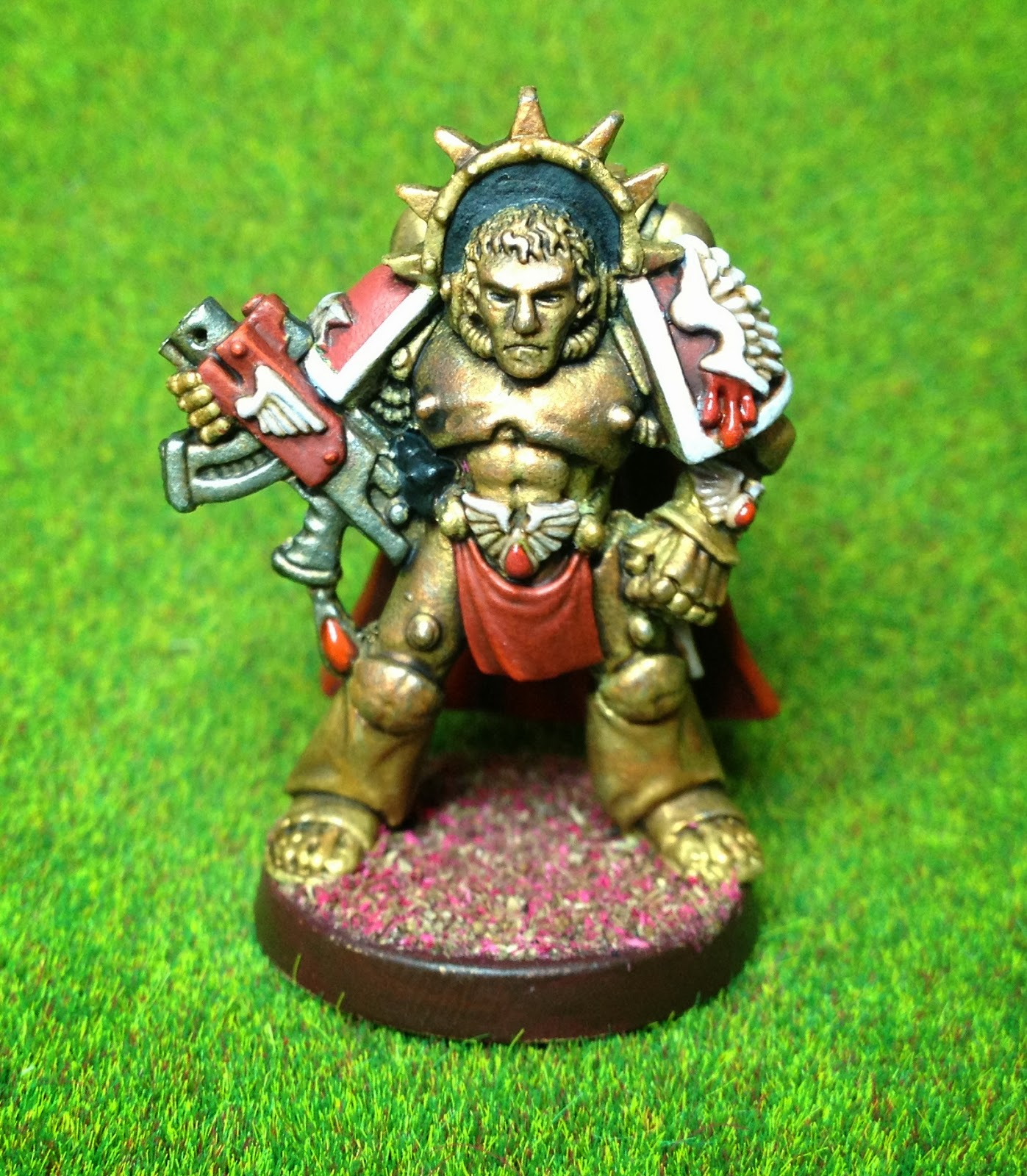 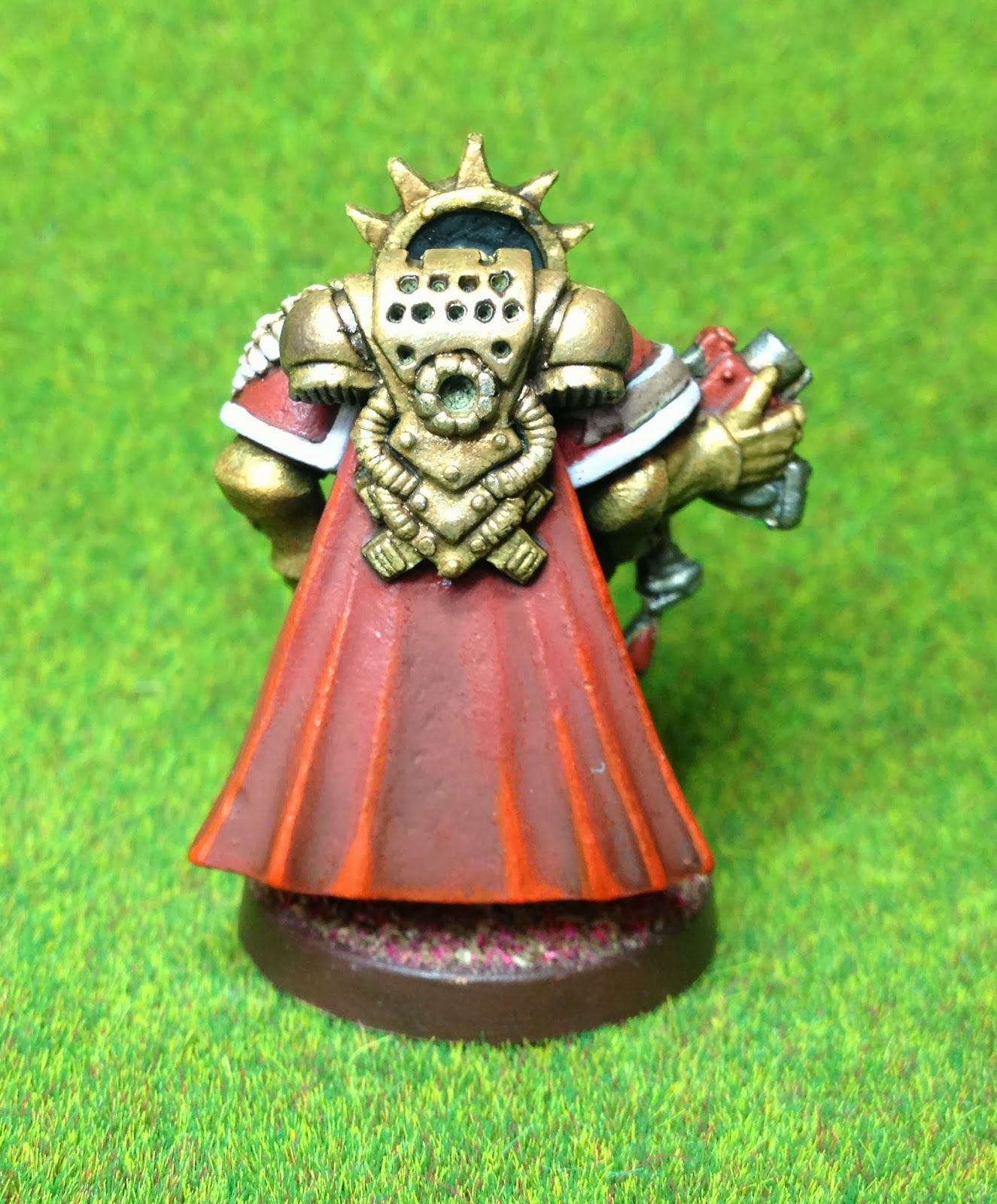 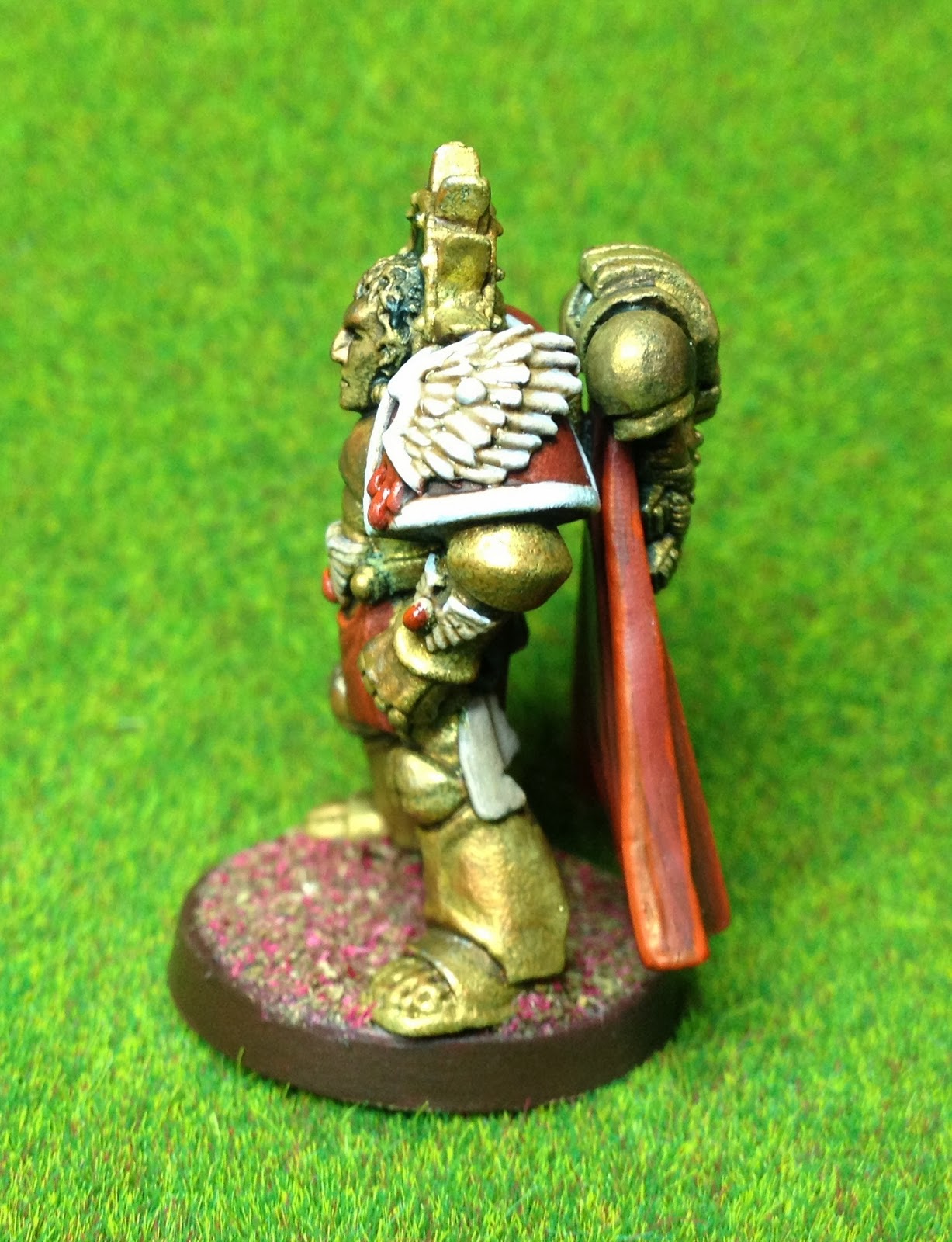 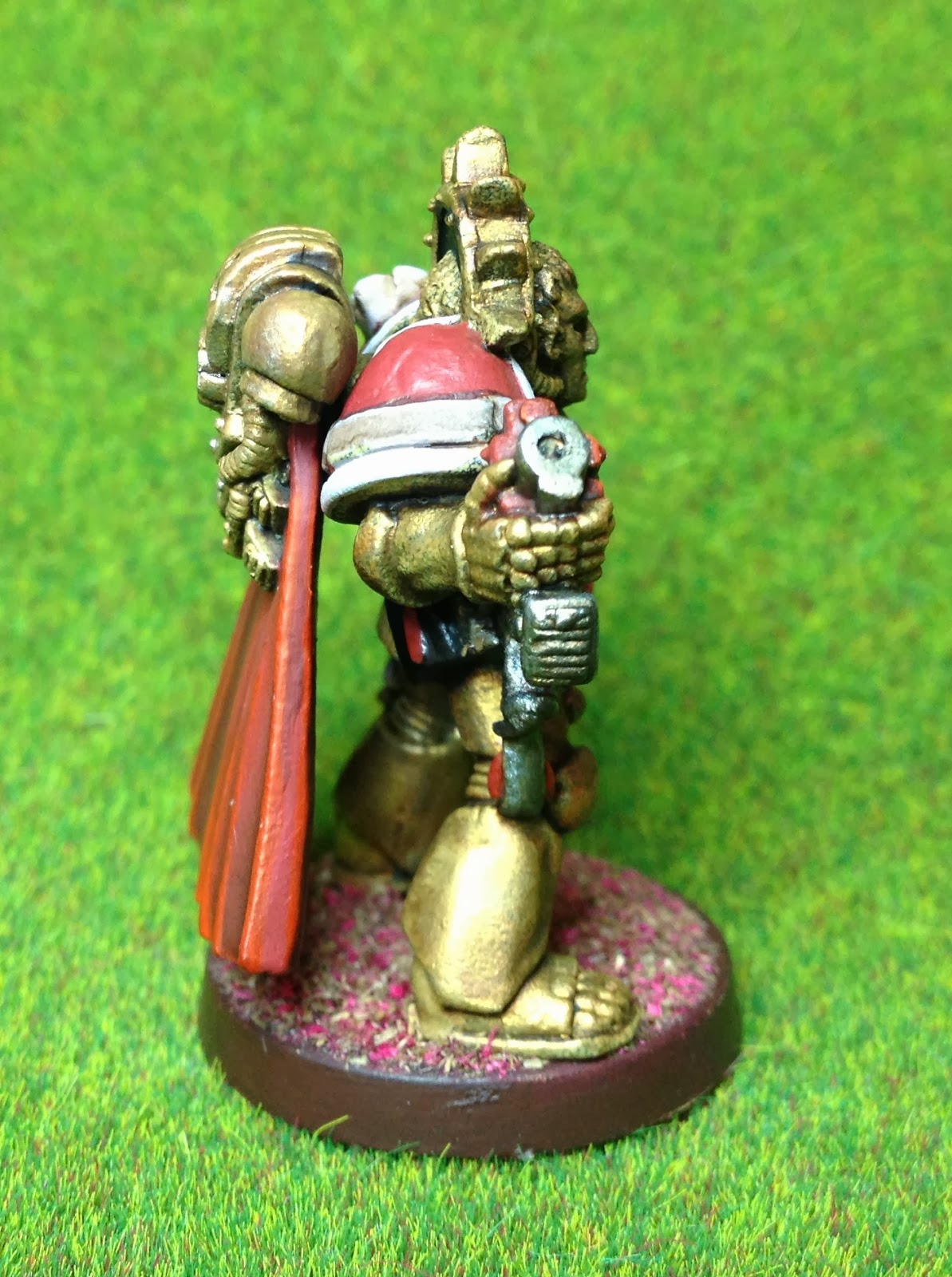 The gold armour is based on Vallejo Model Colour Gold. I started with a black undercoat, and then "dusted" the model with Army Painter Desert Yellow primer. The idea is that the gaps between the armour plates are still black, but the raised surfaces have a nice coat of yellow, with a nice gradient in between. It's a cheap and cheerful version of the preshading techniques that airbrush painters use. It makes the gold go on a lot more easily than it would over solid black and gives it more depth. After the base coat goal was done I gave him a coat of Army Painter Soft Tone which is the equivalent of GW Seraphim Sepia, and the finally a drybrush with GW Gehenna's Gold. This is a lovely reddish-gold which is one my favourites in the new(ish) GW paint range.

So far four models in the set are finished. Here's the entire set photographed in the formation that they appeared in the Citadel Catalogue of the time. 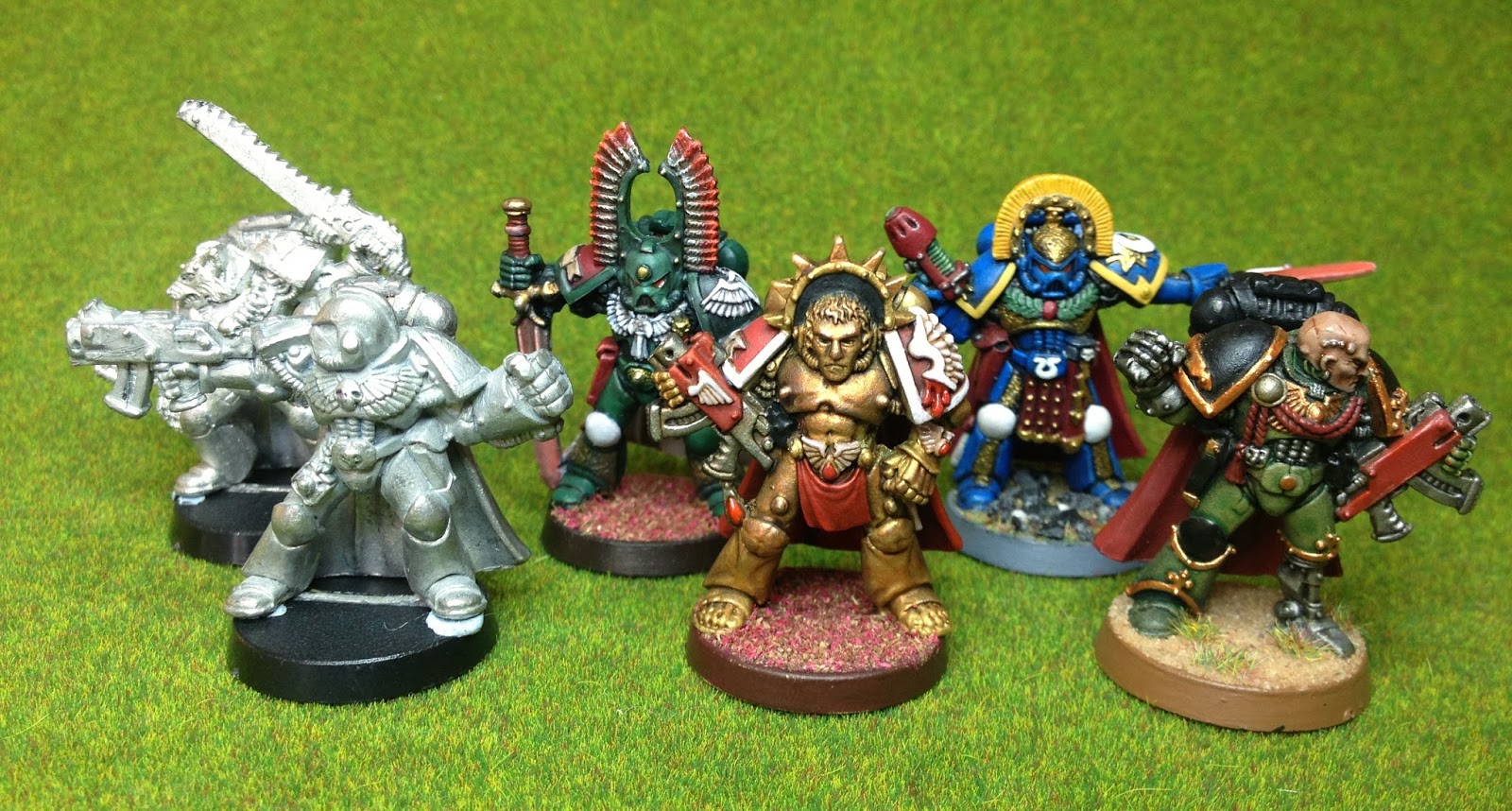