In the Nerd Workshop...

I've been mainly busy over on Wargarage, so I thought I'd just take a quick snap of the stuff that's on my painting table and shove it up on here. 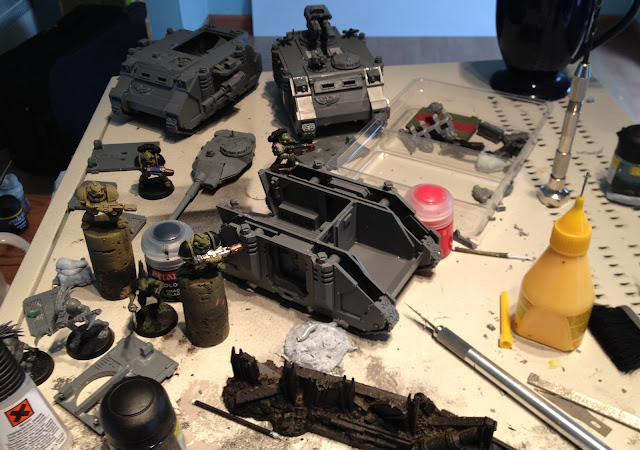 It's mostly full of tanks which I'm doing in bulk to finish off my my marine army (for now at least). To be honest I'm sick of the sight of rhino hulls and magnets, but it'll be worth it when it's finished.

I'm also assembling some kroot from my Tau battleforce just to get them out of the way before I do the more interesting stuff that will eventually become a detachment for my main army, and then hopefully an army in itself. I was going to "army-paint" these quite quickly because in 5th edition I probably would have needed a couple of boxes worth, but now that they are less likely to get on the table I'm actually planning to use them as painting practise. Because I've done the bulk of my painting using a very fast wash technique I'm not that well practiced at highlighting etc. I'm going to try the GW kroot painting guide that was in a White Dwarf a while back.

There's also a couple of 2nd edition space marine special weapons that I'm finishing off so I've got the whole set - a nice option for games and a good excuse to collect old minis (not that I need one).

Here's a bonus picture of 40k cat enjoying the heat in the Nerd Workshop (and not trying to eat dice or minis for once). 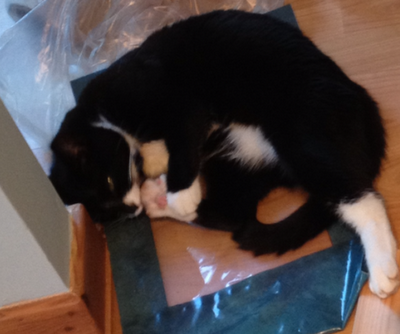 Posted by Danny Kastigaunt at 14:09