Sneaky cover saves for marines against AP1, AP2 and AP3

My record in 6th edition is pretty shocking, and I am in no position to educate anyone about tactics (that is best left to Kirby and Stelek).

I have however spotted a nice way of combining three rules that allows marines to get a "free" 6+ cover save from AP1, AP2 and AP3 weapons. Here's how it works:

The Ultramarine combat squad is hit by the plasma cannon which scatters slightly so that it catches three marines, causing three wounds. 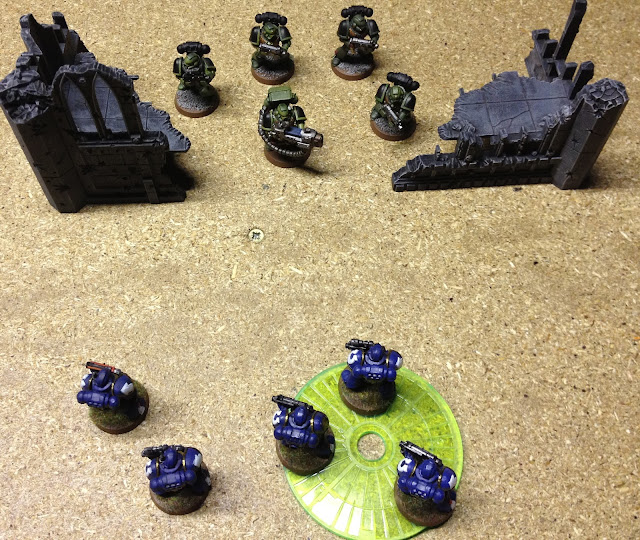 Power armour is no use to them, but if they use the Go To Ground rule they can get a 6+ cover save in return for giving up their movement and only firing snap shots next turn.

So the marines Go To Ground and throw one 6, reducing their casualties to two models, but still enough to force a leadership check. This is where Combat Tactics comes in. The marines can now choose to fail the leadership test, and will drop back 2d6". 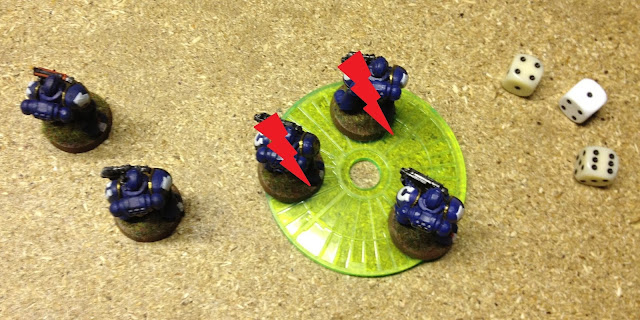 After they fall back, they auto-rally on their next turn using the  And They Shall Know No Fear rule. The marines no longer have any restrictions on them and are free to move and shoot at normal BS in the next turn.
So the 6+ save isn't really free - it comes at the cost of a fall back move, but if you've got a squad that's in midfield with plenty of space to fall back, it could save you a couple of models and leave you with a squad that could still have some effect on the game.

It's also worth pointing out that this only works when the number of wounds put on the squad is enough to force a leadership check. Of course, you could roll incredibly well and save enough models to avoid the check all together, but in that situation you'd probably be happy to pay the price of giving up movement and proper shooting for the nice healthy squad that you've got left!
Posted by Danny Kastigaunt at 09:23

Email ThisBlogThis!Share to TwitterShare to FacebookShare to Pinterest
Labels: rules