I have just completed one of my long-standing projects: a full tactical squad of RTB01 Space Marines. 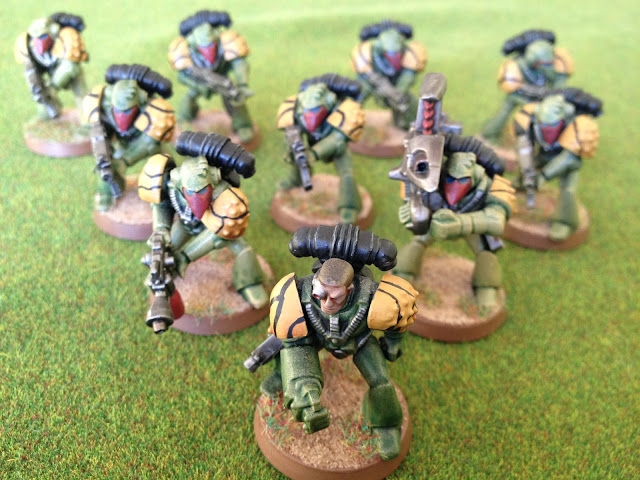 Firstly, here is a quick recap of how i arrived at this colour scheme. I started off wanting to use the original camouflage Salamanders scheme from from the 1989 WH40k Compendium, and painted a test mini with mixed results. Rather than butcher an entire squad of OOP minis with a scheme that was beyond my painting abilities , I came up with a hybrid scheme that maintained an element of Rogue Trader style camo, but would also fit in with the rest of my green Salamanders army. 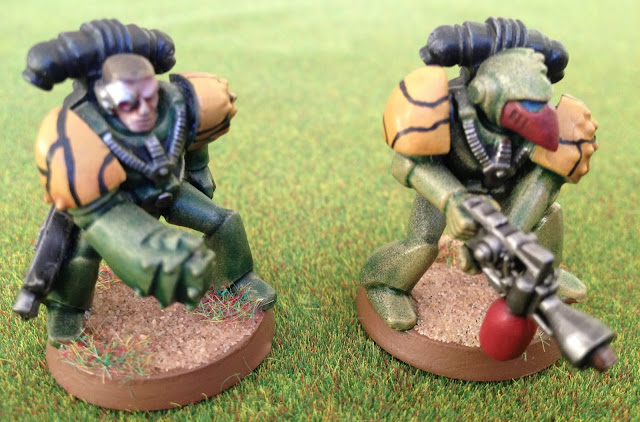 There was no question about which weapon the sergeant was getting, I wasn't doing this project without using one of those big RTB01 power fists. I've given him a bolter too. 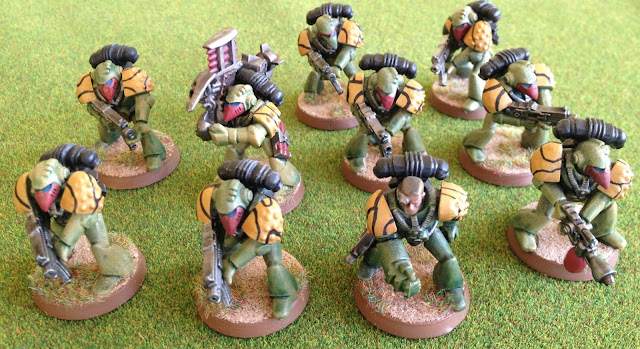 I'm particularly pleased with the missile launcher. This was one of my favourite bits from the original space marine box, and I am very excited about having one fully painted up in my space marine army now. The scheme was worked particularly well with him and I think he's one of the nicest minis in the squad. 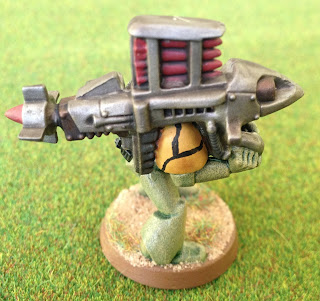 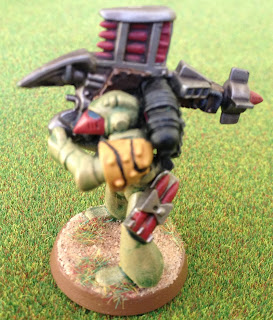 I believe in getting old minis on the table - in fact this squad has been used in several games over the last few weeks in various half-finished states. Where the list calls for different weapon load-outs, a few second edition models can be swapped in. I do need to find them a suitable looking multi-melta from somewhere... I can feel an eBay trawl coming on... 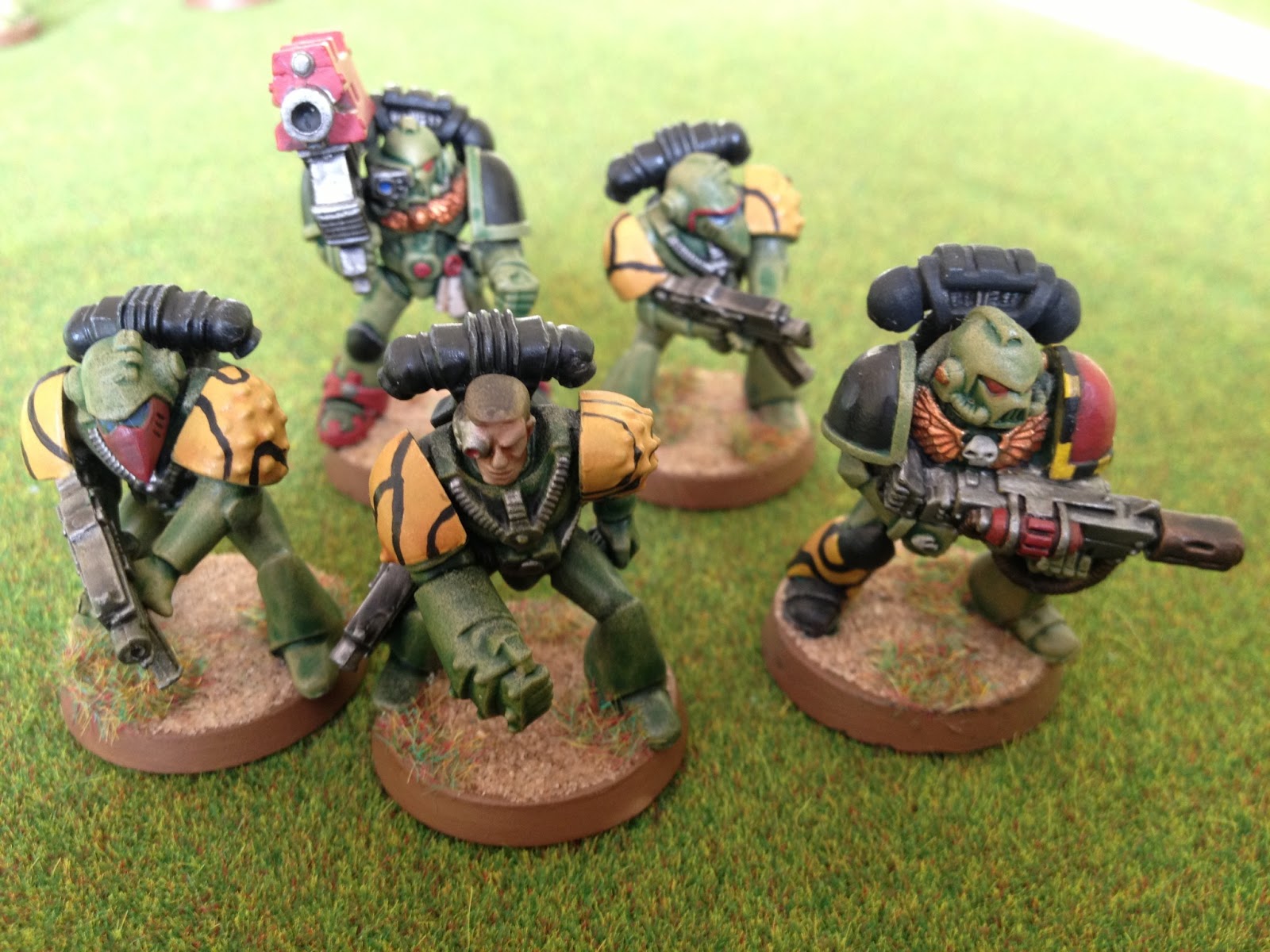 My next Rogue Trader project is this: 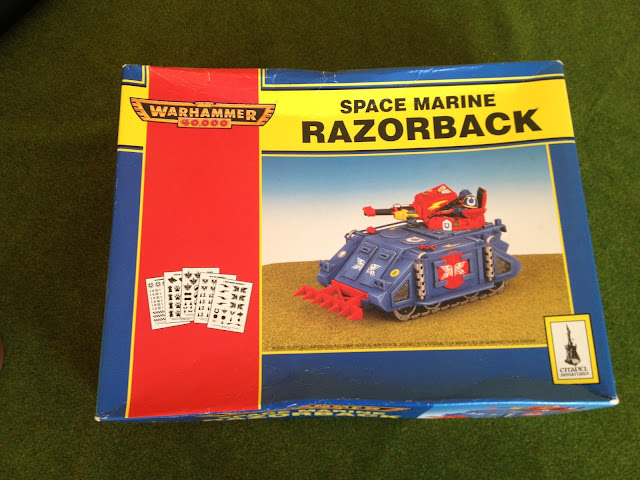 I know that this is technically a Second Edition model, but it contains all the parts to make a proper old-fashioned rhino. I will be magnetising this so it can run as either a rhino or a lasplas razorback which will transport this squad.

After that, I've got some of the original metal space ork raiders - an absolute steal at £20 including the box. I can't wait to paint these up and unleash them on my RTB01 marines. I will of course, be "re-enacting" the Battle at the Farm using first edition rules. 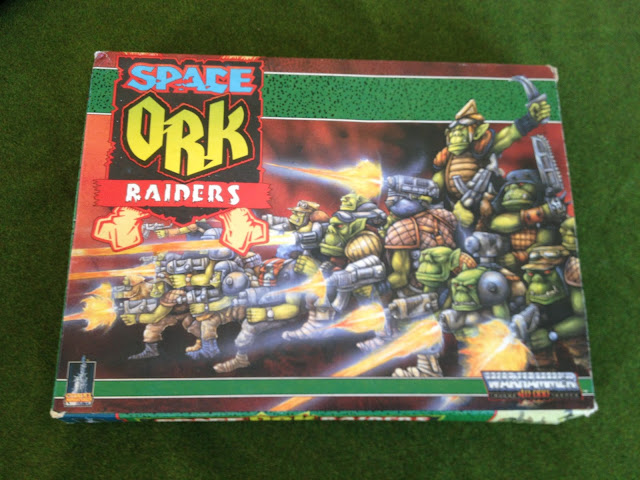 Here is a bonus picture of 40k cat "helping" me to take the photos for this post: 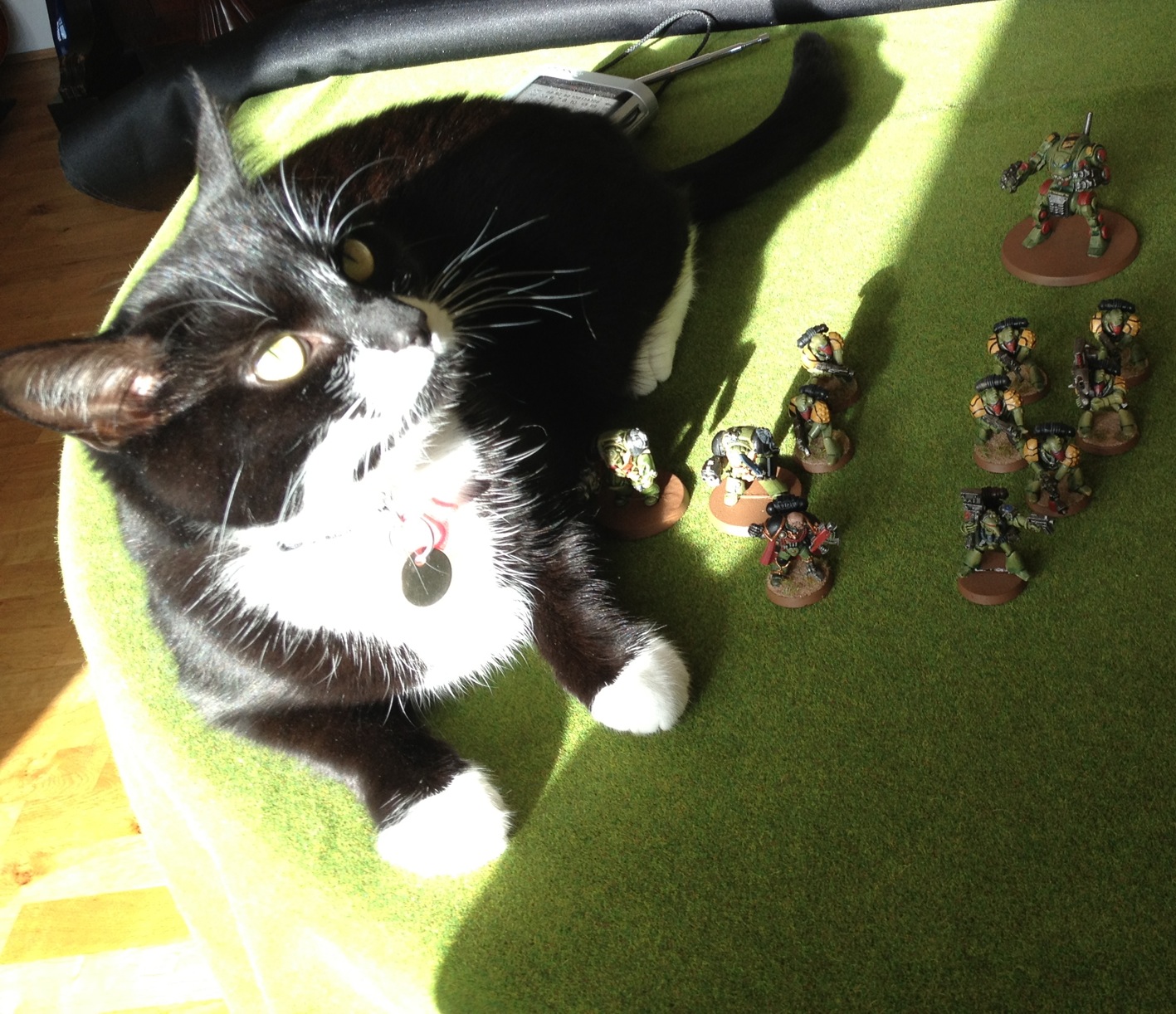 Posted by Danny Kastigaunt at 02:28