The next of my Rogue Trader minis is another one from a Citadel Combat Card, an Ork Warchief by the name of Boglob. 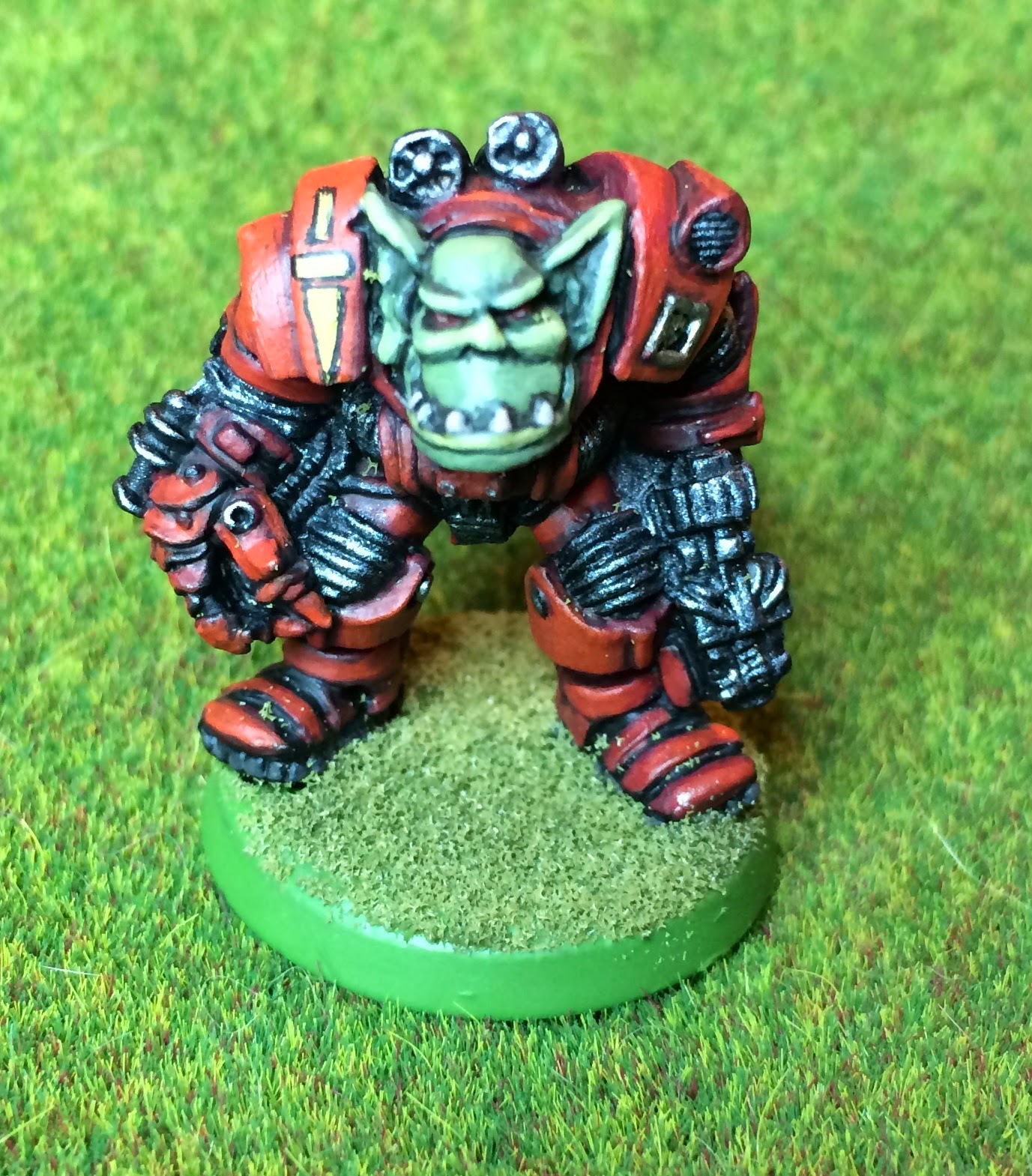 The aim with these is to paint the minis as closely as possible to how they appear on the cards. Here's the comparison shot. 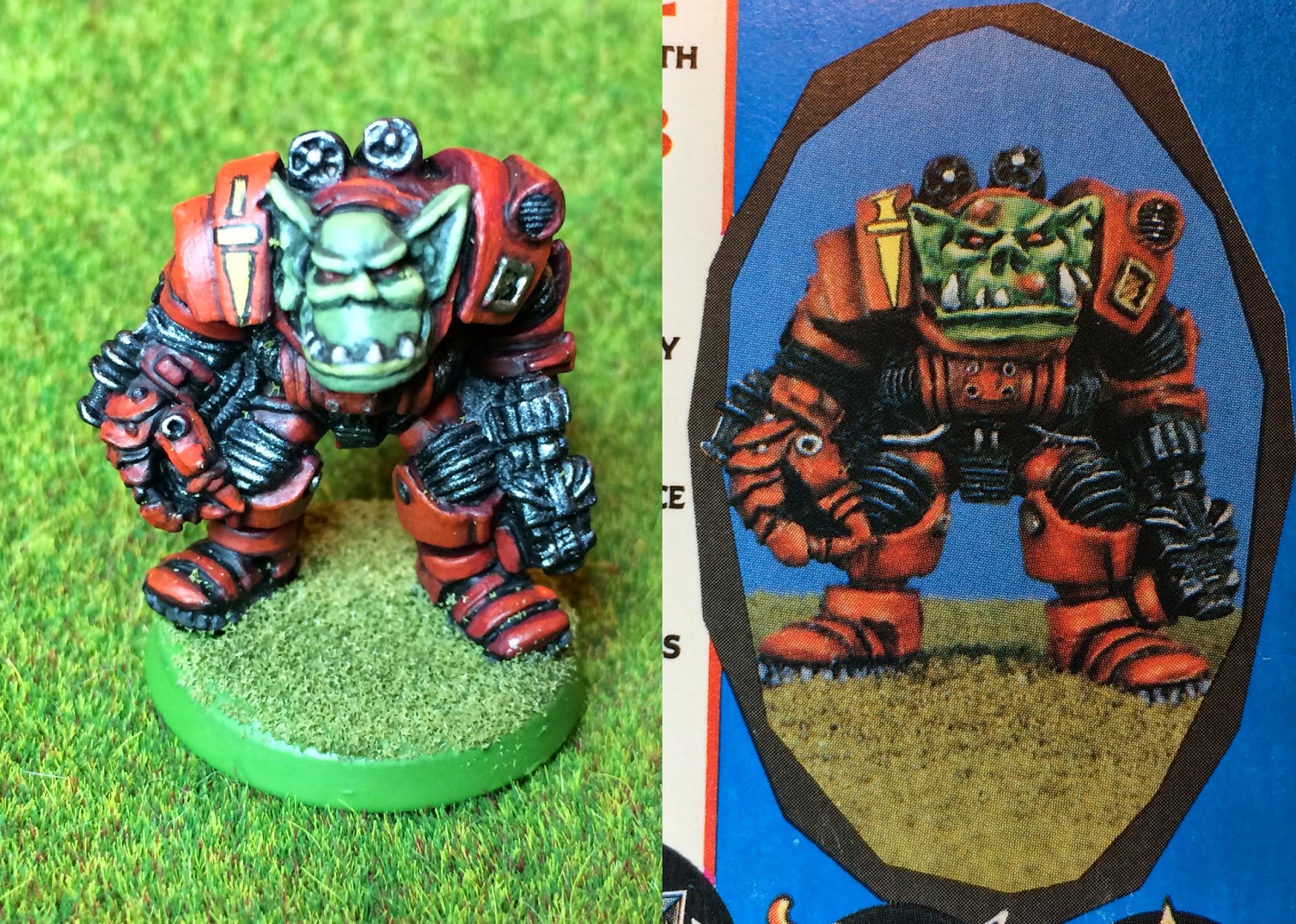 Eagle-eyed readers will notice that this isn't quite the same model... The armour and weapon are identical, but either this model came out with alternative head sculpts, or the model on the card had some conversion work done on it. I think the former is more likely but I haven't managed to track down a definitive answer. I was a bit disappointed when I realised that I wouldn't get to paint the boils on his face, but never mind. 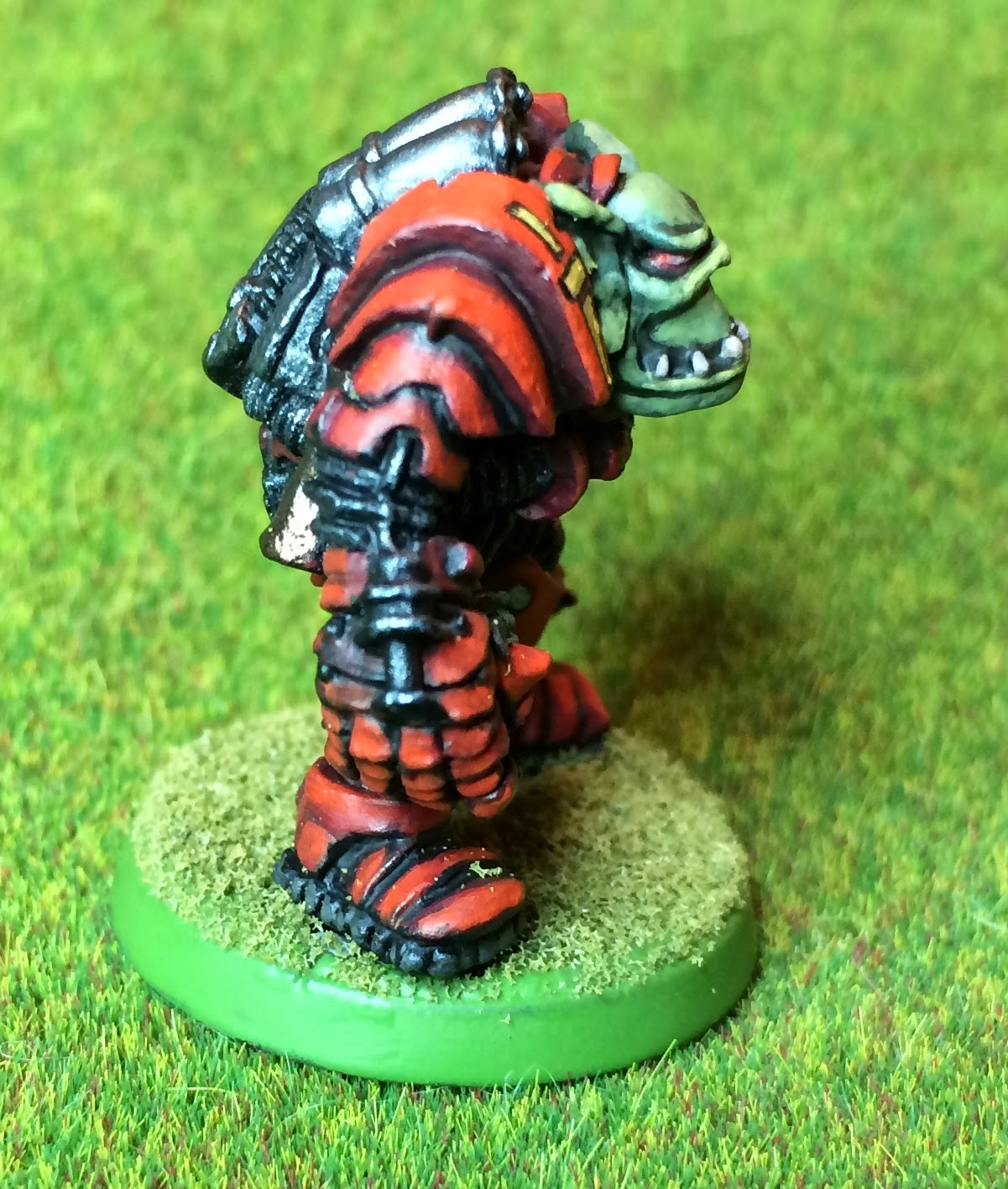 The freehand is the biggest challenge in recreating these paint jobs. The yellow dagger detail was far trickier than I expected it to be, and I found it pretty frustrating to do, but the end result was suitably Orky and I do feel like I am learning something each time. 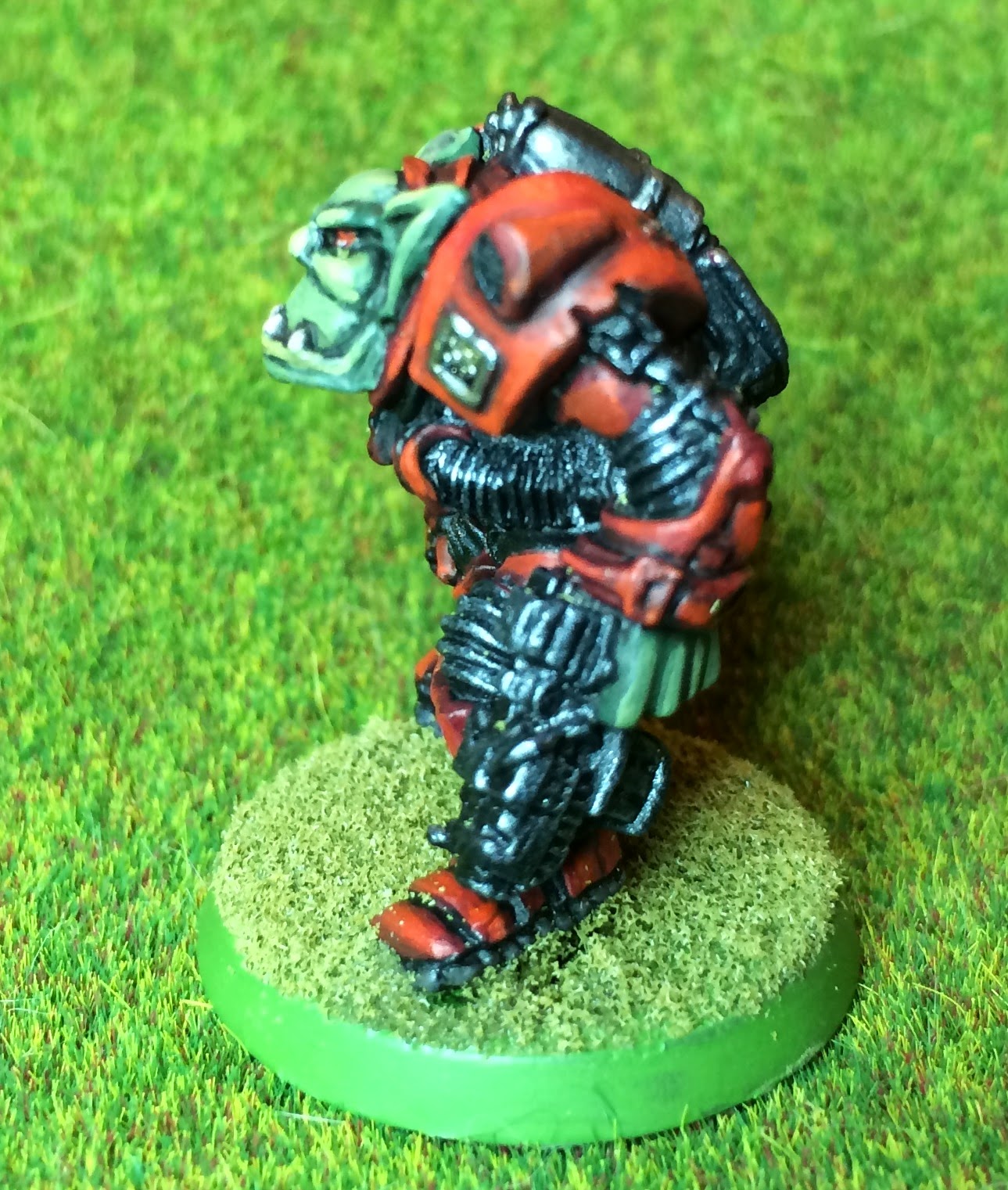 The red power armour has about five different layers to build up towards the final look. Normally I wouldn't go to this trouble but the joy of working on single models as opposed to army projects is the time that you can spend on an individual mini. 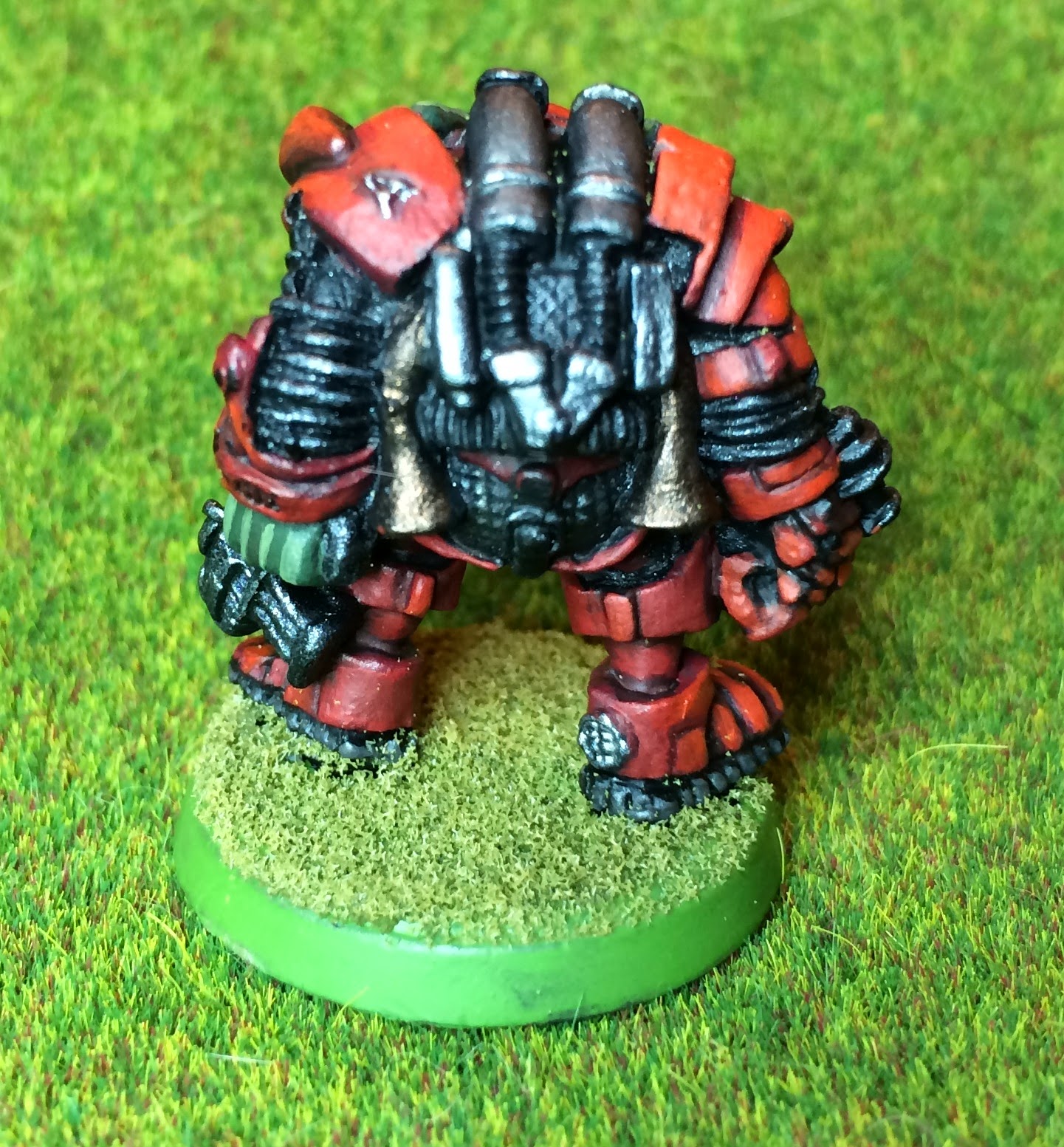 I had never seen what the back of this mini looked like until I got my hands on it... turns out that the Ork has rather nice looking jump pack on. His chain mail undies are a nice touch too. 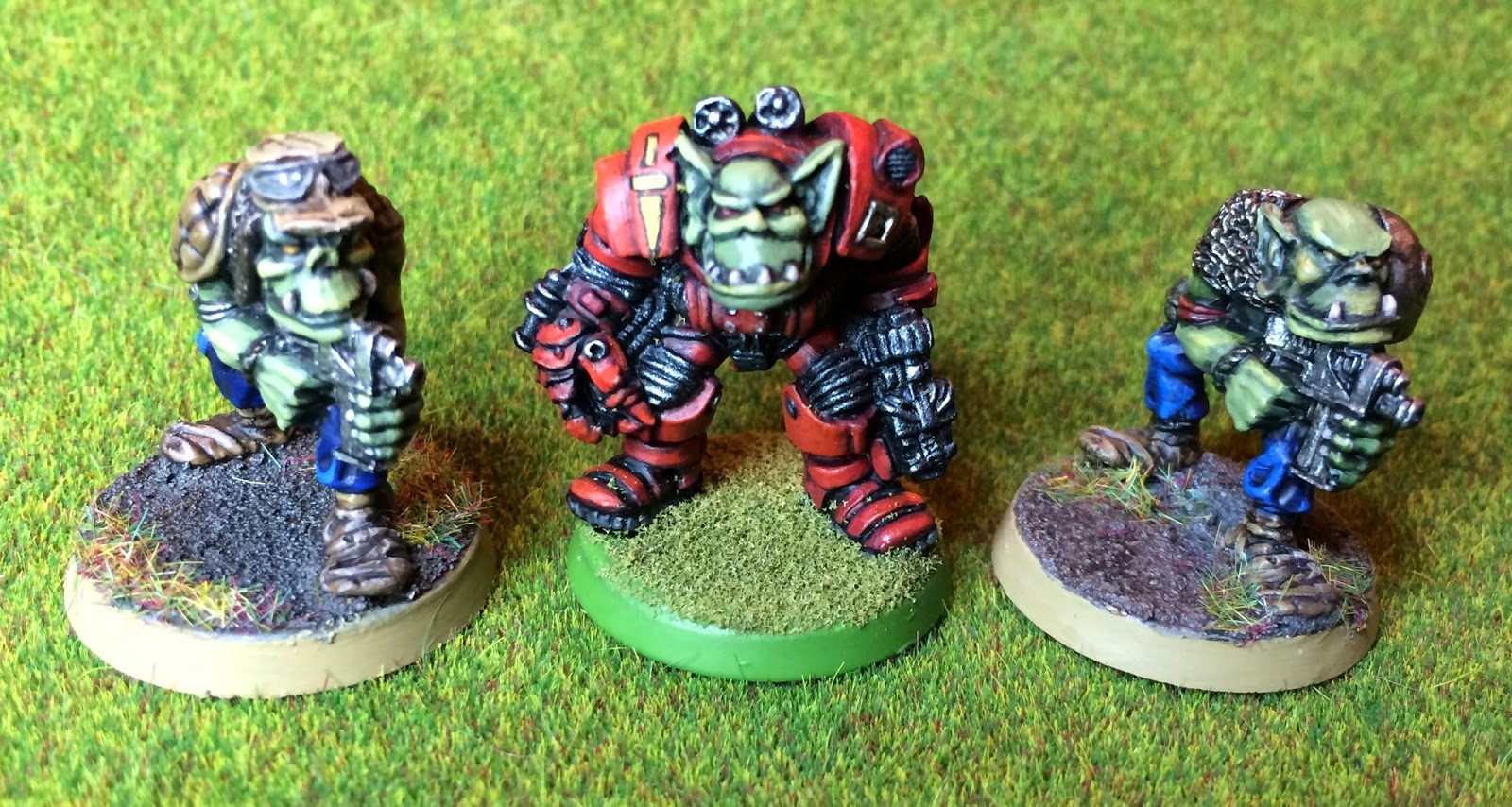 Here he is with some pals. The shot is not quite as nice as it would be if these models used the same basing scheme, but these minis are from another project. I managed to find a complete set of the original Space Ork Raiders which I am trying to paint up as closely as possible to the box art. I can't quite put my finger on when I became obsessed with copying paint schemes but I've certainly got the bug - especially for old fashioned minis. 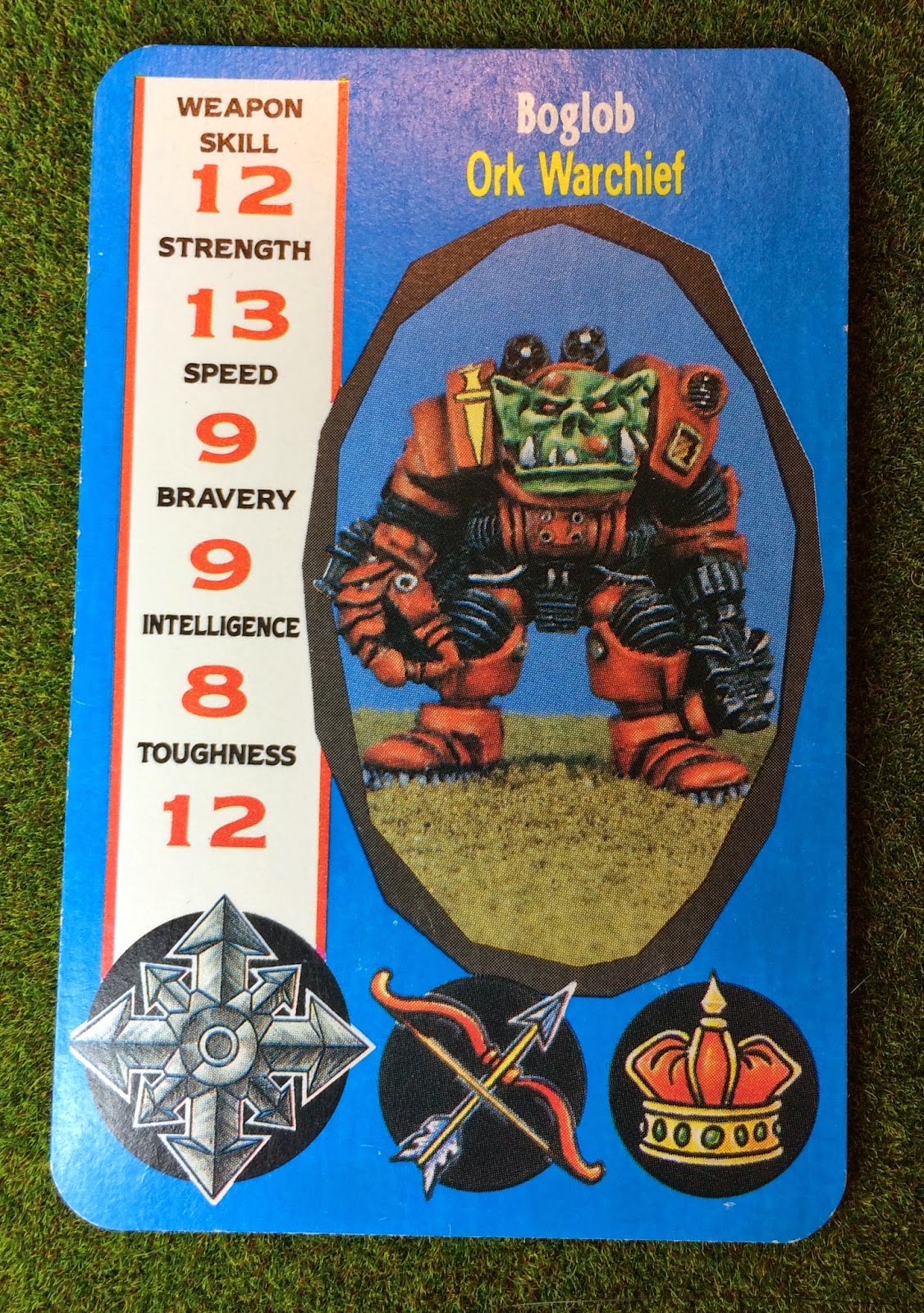 Finally, here's the entire card.
Posted by Danny Kastigaunt at 14:00