As my Captains Project is one model away from being finished, I have started work in earnest on one of my other ongoing projects. I picked up some vintage Citadel Spacewar Combat Cards, and decided to collect some of the minis featured in the set so that I could paint them as closely as possible to how they appear on the cards. The first to be finished is "Tyrell of Arden", a Renegade Warlord. 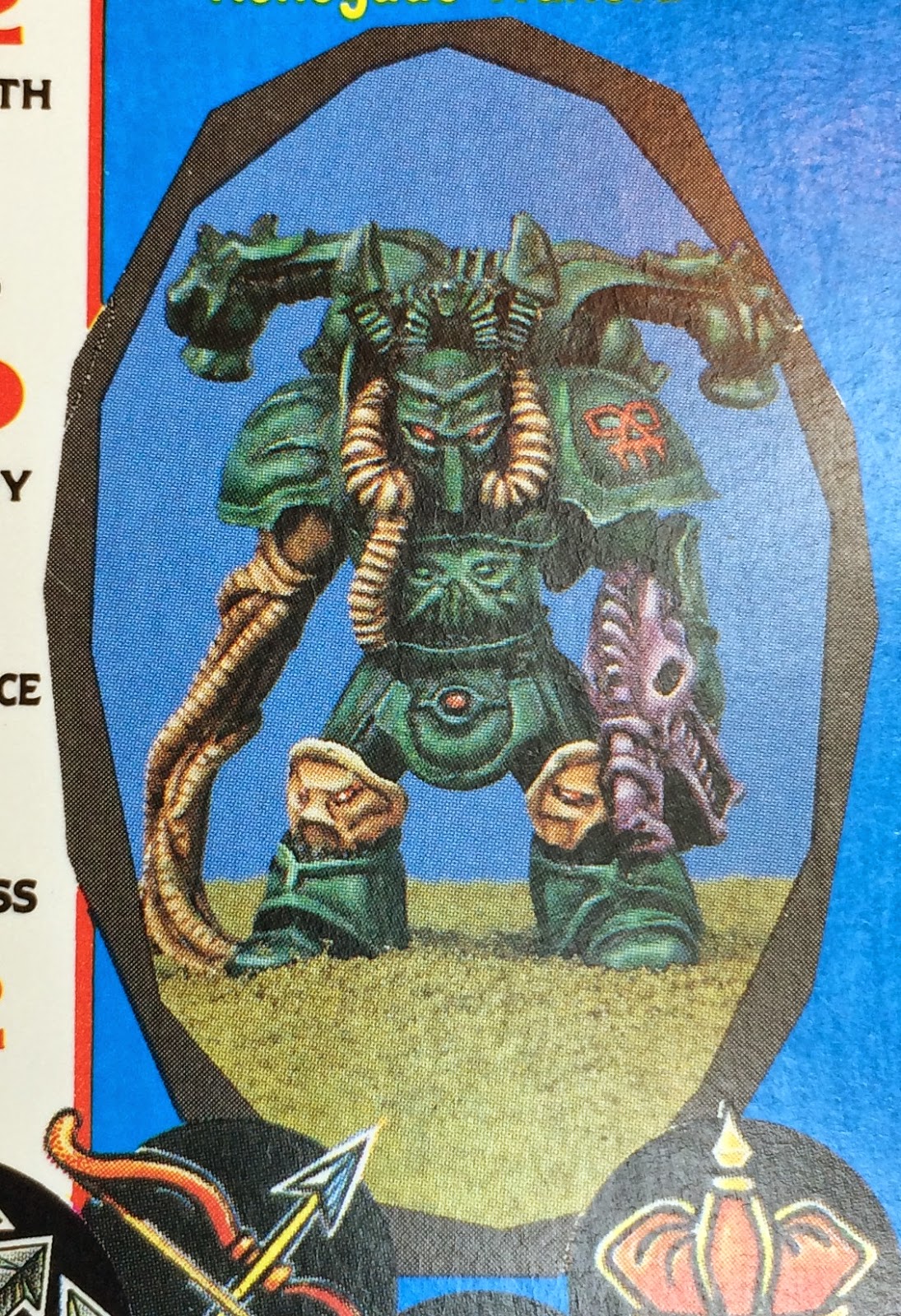 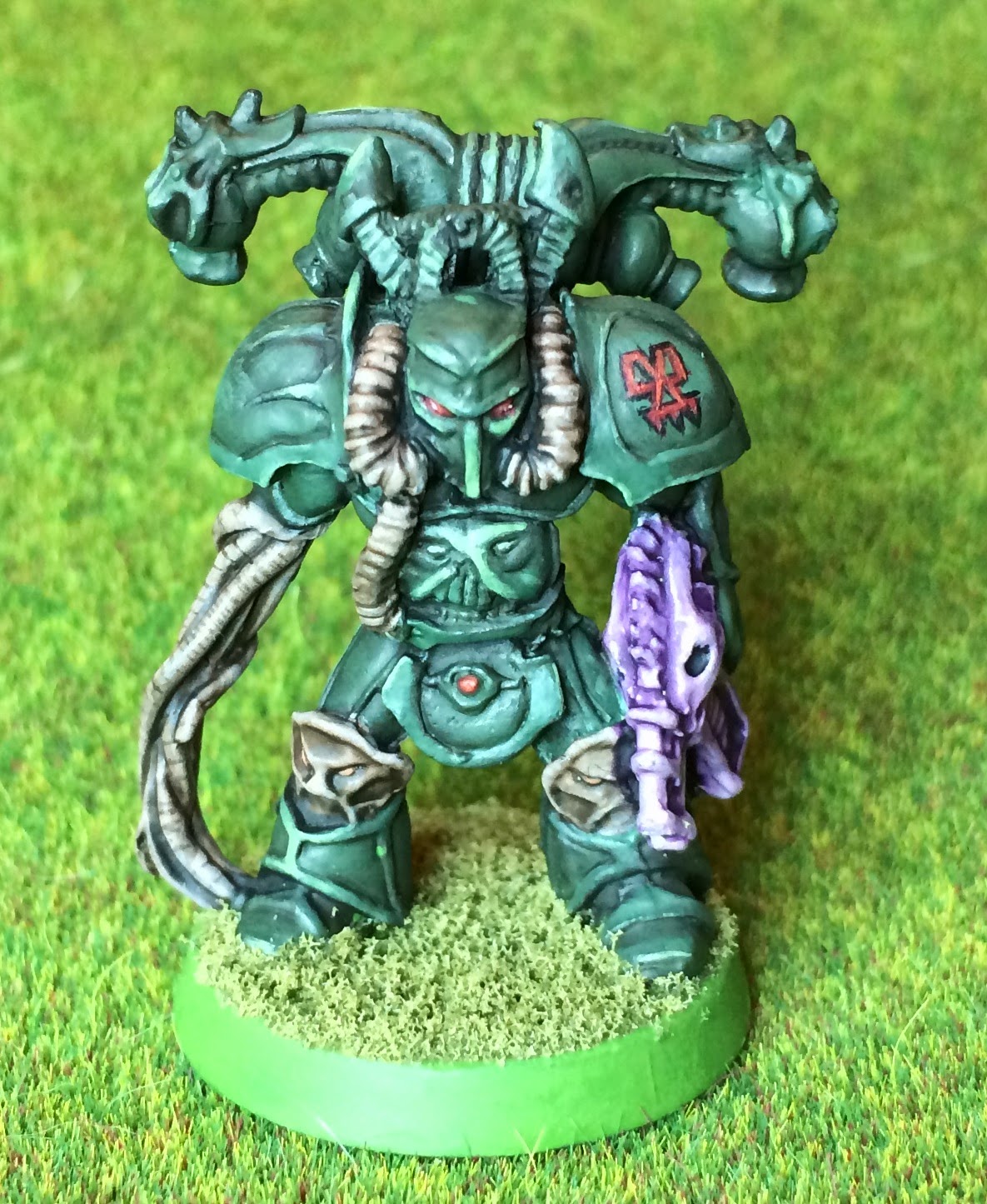 Here's my version compared to the one on the card. A pretty good match even if I do say so myself! The shoulder pad was one of my first ever efforts at free hand, and I was very pleased with the result. The marking is made up of very simple basic shapes which make it a good place to start experimenting with freehand I think. 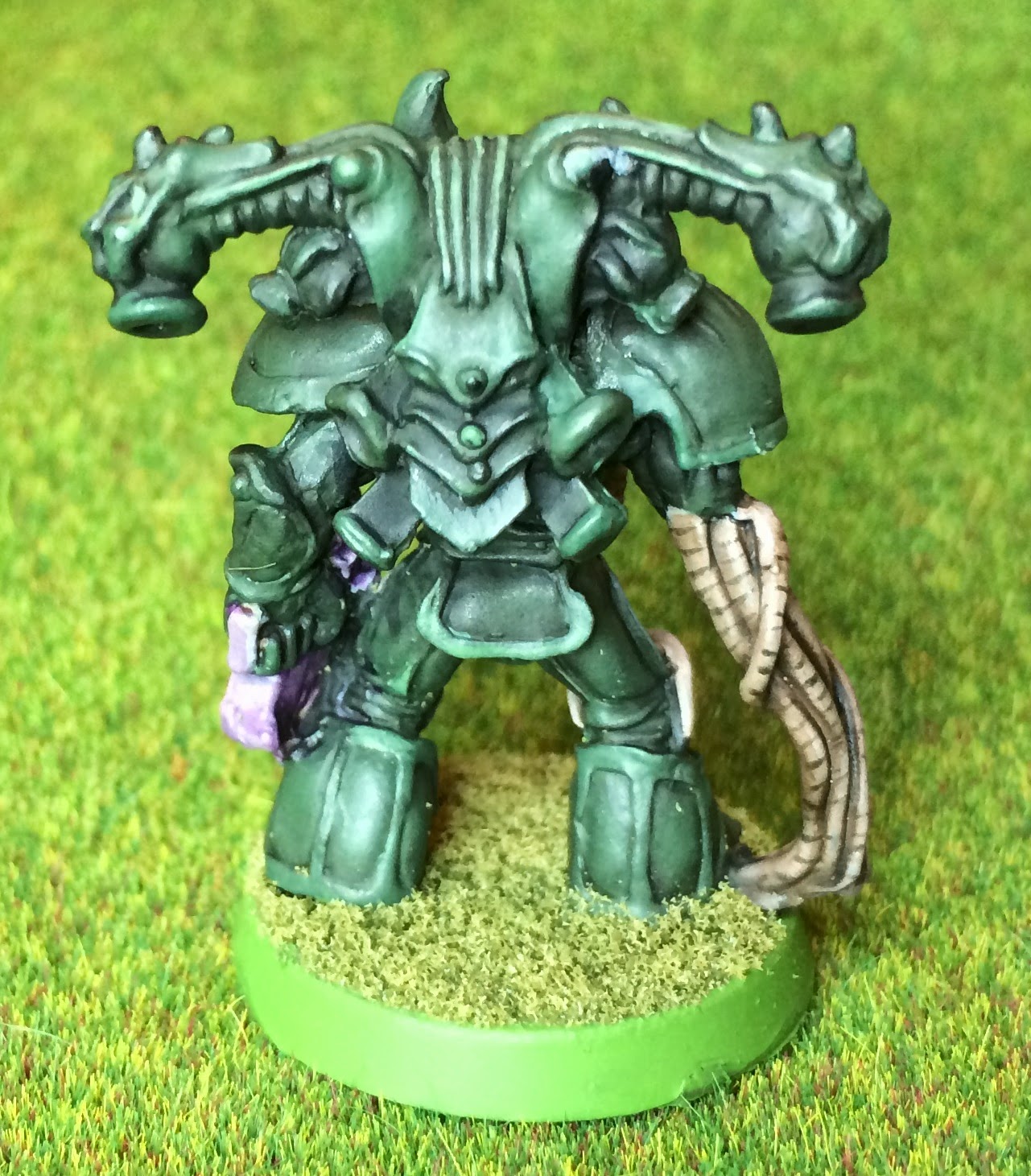 The armour is based on GW Waagh Flesh and, with gradually increasing amounts of GW Ogryn Camo mixed in for the various levels of highlights. 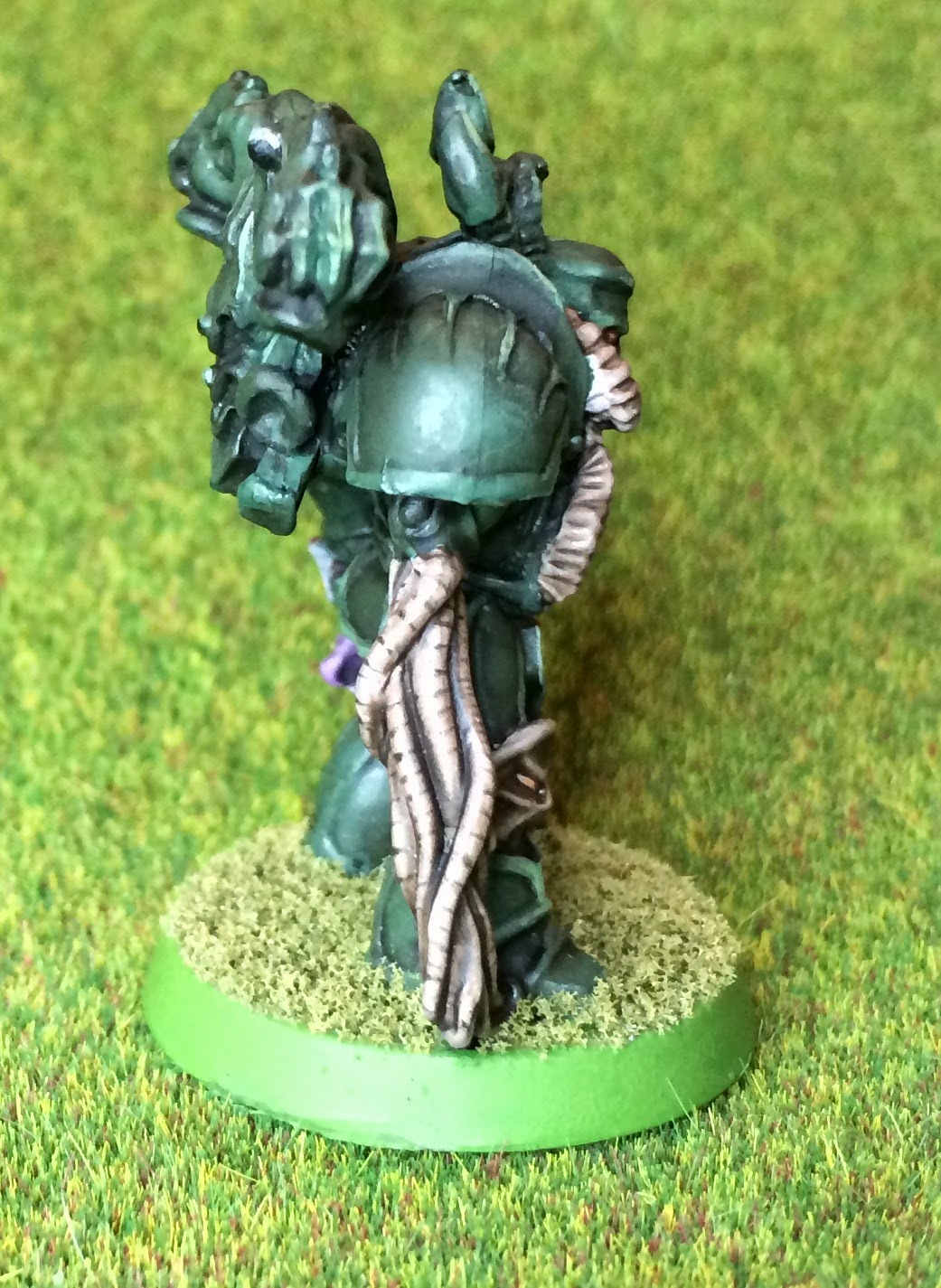 The one thing that I would have done differently with the scheme match would be to switch the wash on the tentacles and the shoulder pads to a sepia wash instead of a brown one. The mini on the card has a bit more orange tone to these parts, but I didn't realise this until after I was mostly finished. 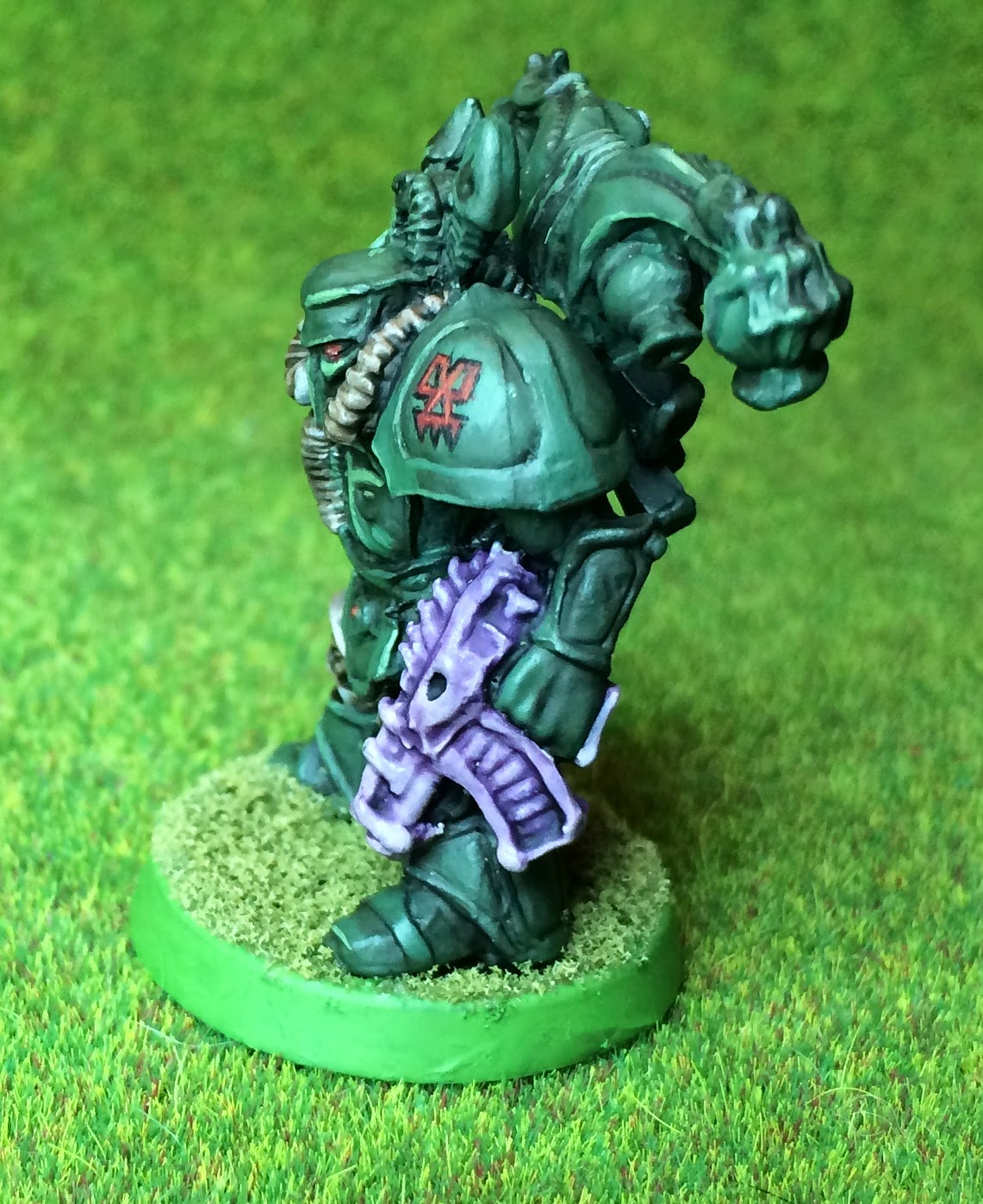 The gun was a very simple job - a base coat of Vallejo Heavy Warmgrey with a GW Duruchii Violet Wash. 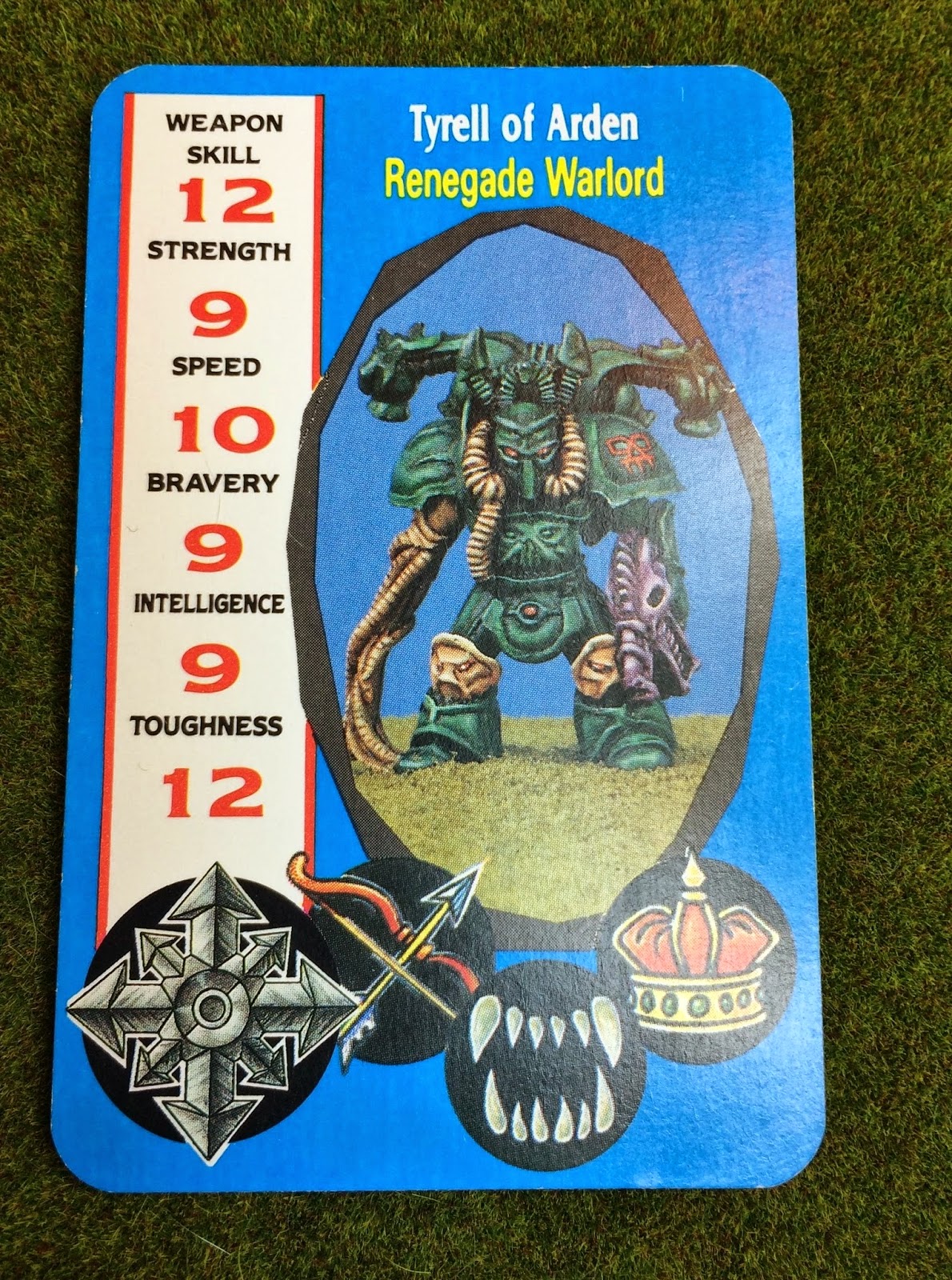 Here's the entire card. This mini is sort of a buy one get one free for me, because as well as featuring in this card set, he's also a Citadel Limited Edition - LE101 to be exact. Here's the Stuff of Legends entry. I'm also collecting and painting a few of these limited edition minis. 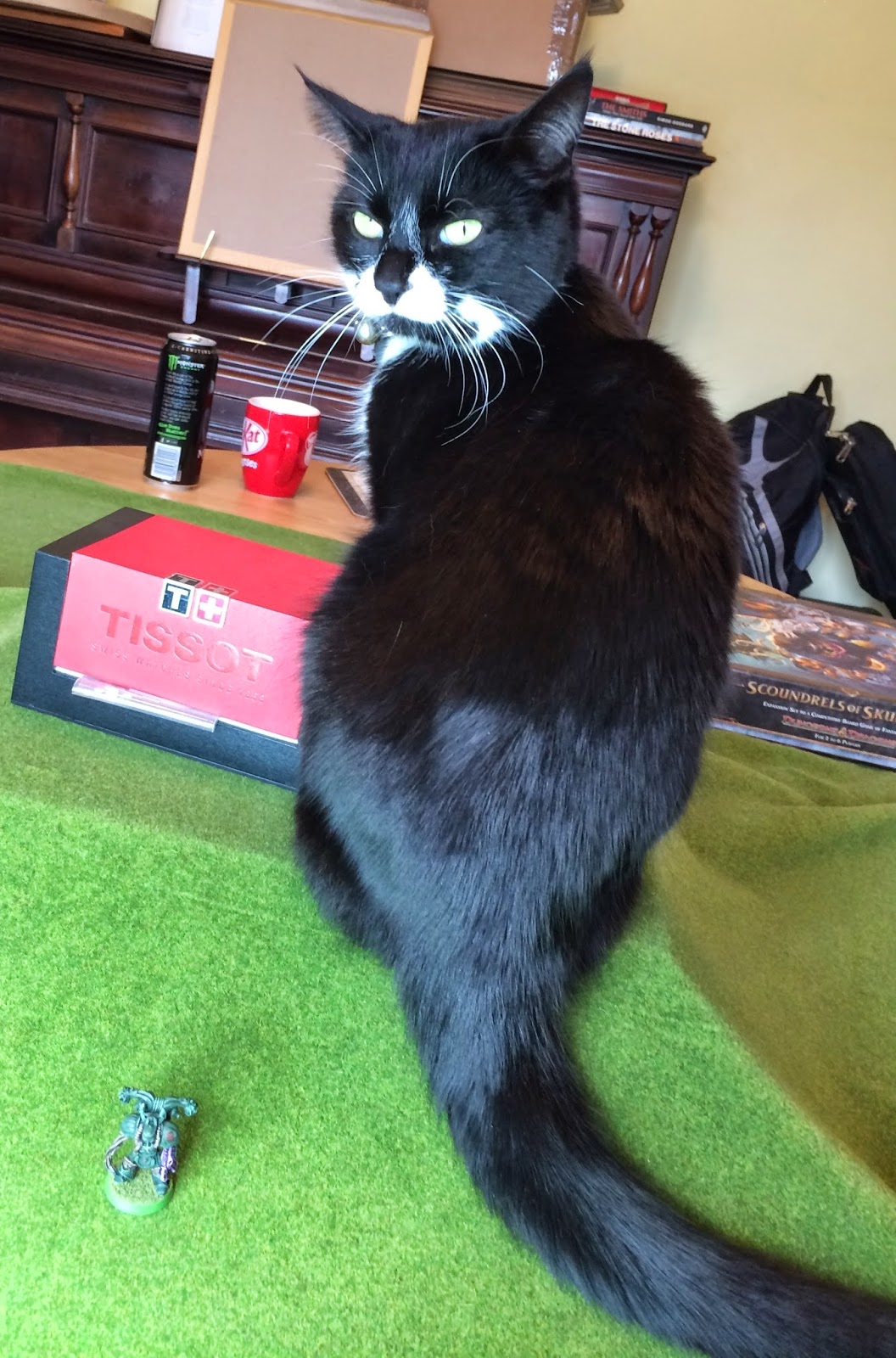 Of course, 40k cat was present to help with the photoshoot.
Posted by Danny Kastigaunt at 14:00