I've decided to drag myself out of my pre-1996 comfort zone and paint a couple of modern minis. This is the first one - one of the limited edition captains that was given away when the new GW website was launched. 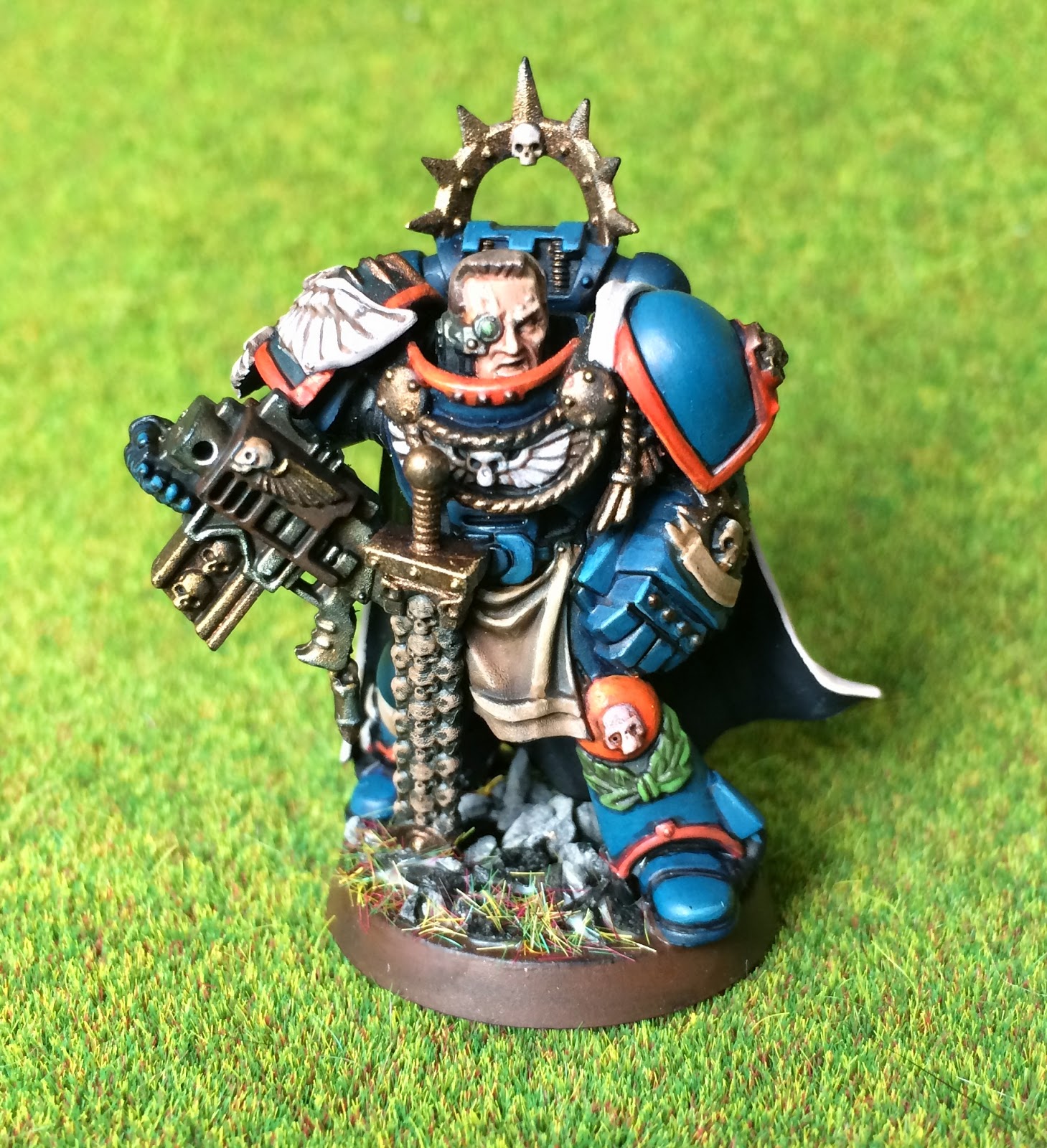 This is pretty much the only model that I've bought this year. Instead, I've been working on my backlog. Thanks to Kobrakei for helping me get my hands on this one without having to buy £60 of plastic that I didn't need, or paying ridiculous eBay prices. 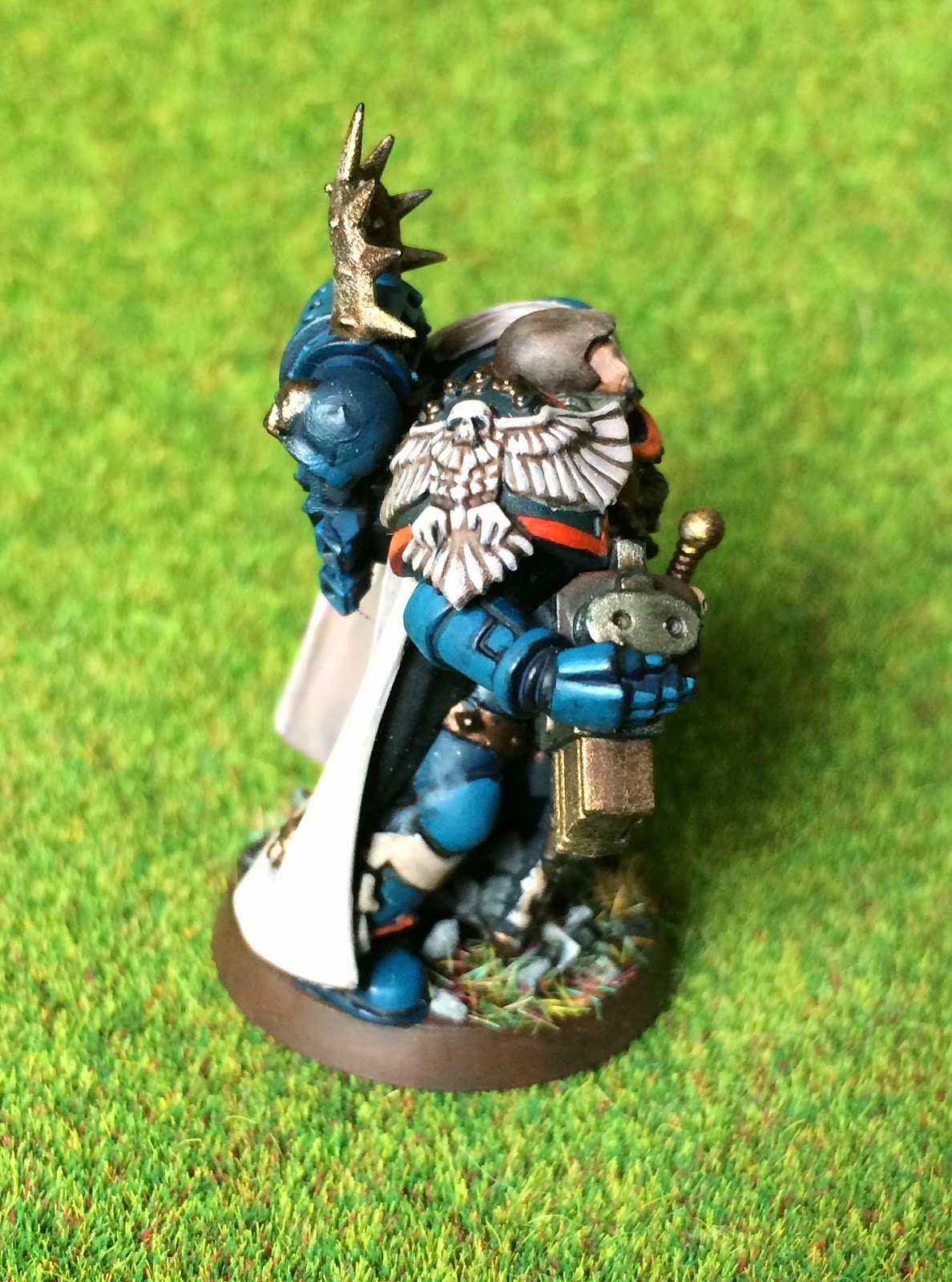 This mini is based on Vallejo "Periscopes" from their Panzer Aces range. I originally borrowed this paint from Poot for another project but I immediately told him that he wasn't having it back because its too nice. I am told that it is similar to GW Stegadon Scale Green but I have to say that I've never seen it up close. 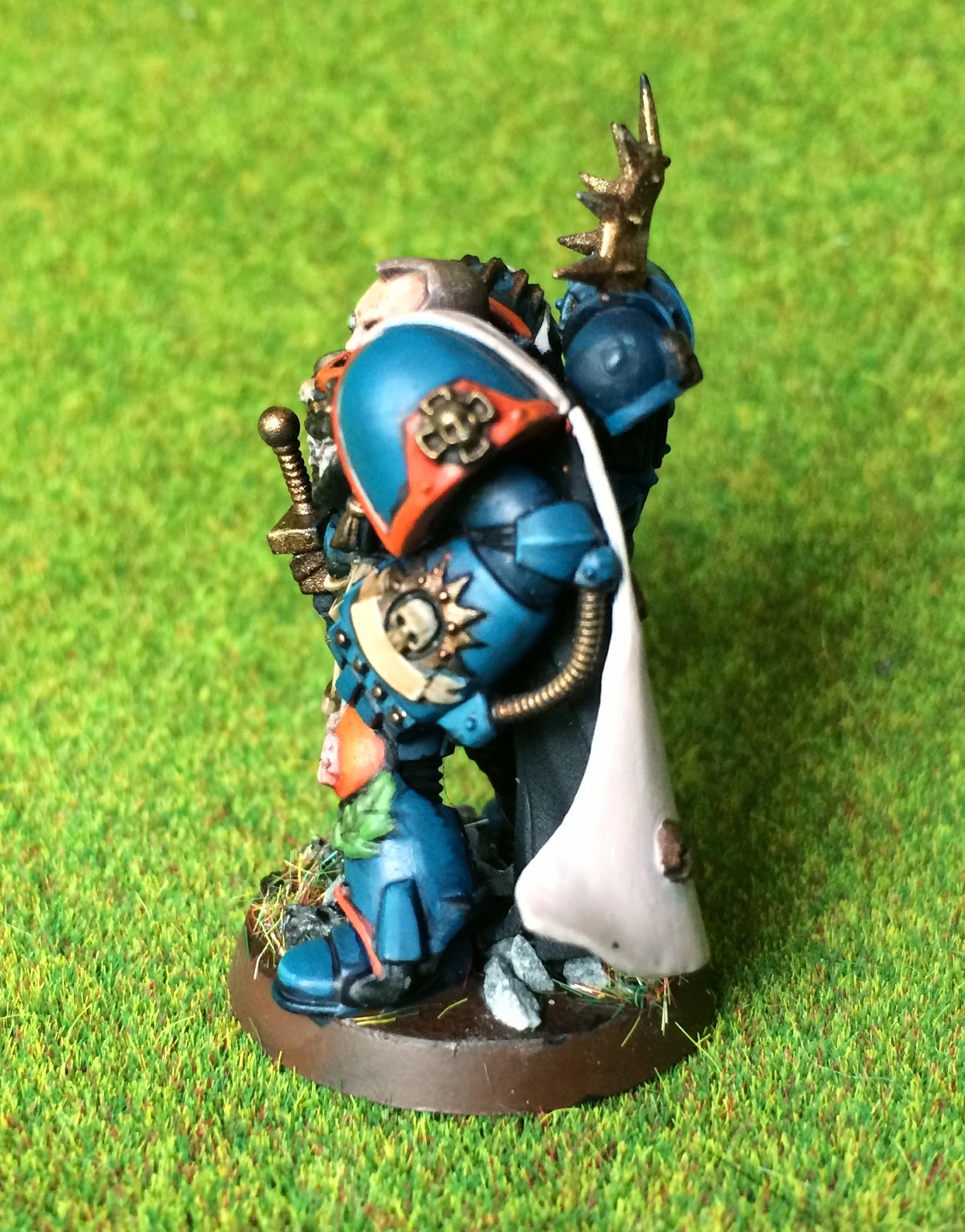 The origin trim on this mini was a right pain. I used no less than for different oranges from two different manufacturers in various combinations with each other and with various reds but didn't find a way of making an orange that behaved itself in a satisfactory way. In the end, "just about ok" was the best I could do so I stuck with that rather than making it worse. 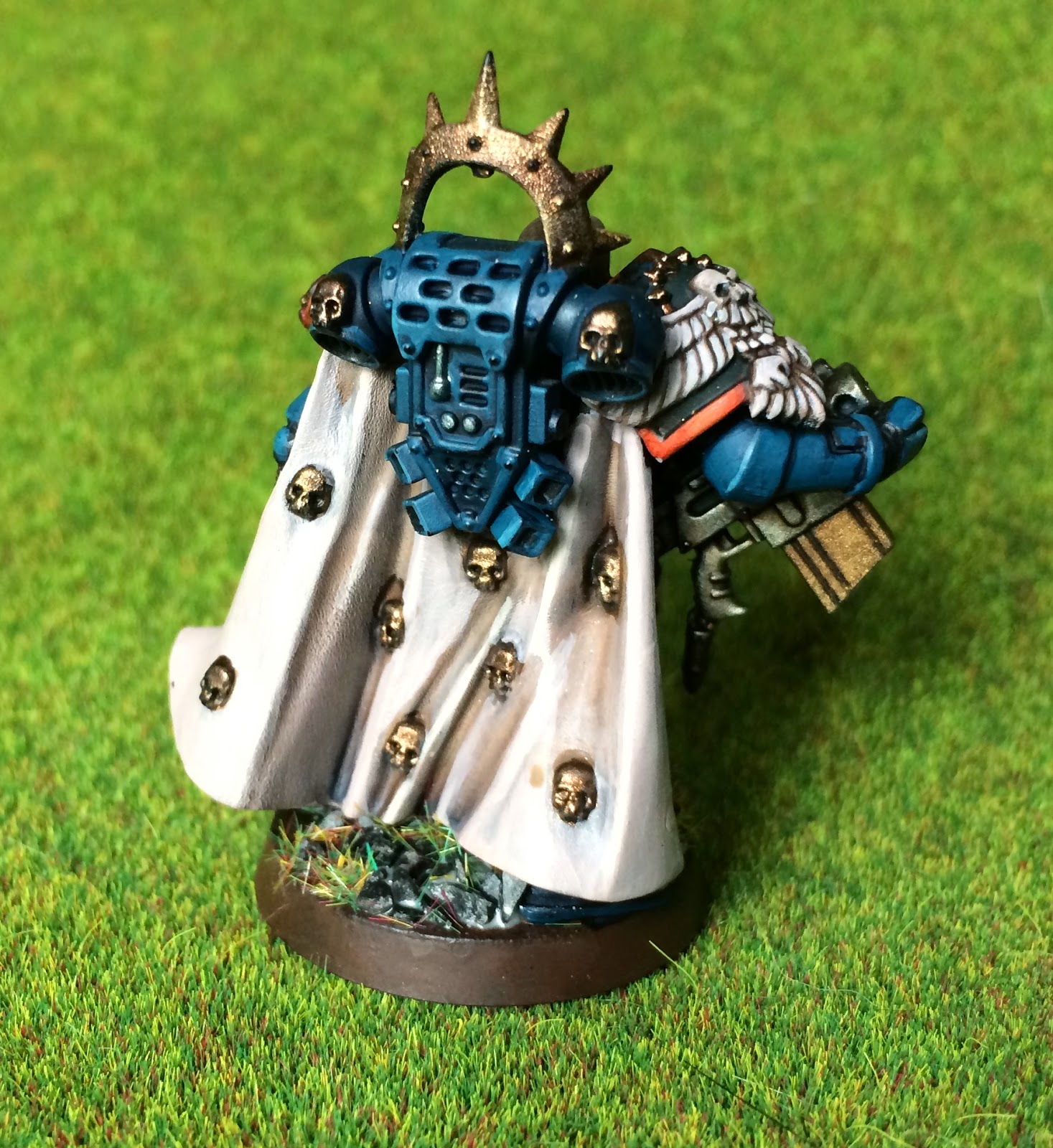 Who's idea was orange in the first place?! Which chapter is that even supposed to be?! The Midnight Jaffa Cakes perhaps... No? Anyway. The blue is nice!