I mostly paint ancient models that the vast majority of people have forgotten about, but for a while I've been waiting for GW to release a brand new kit that I really like so that I could paint it the minute it was released and be up to date for once. The Ork Flash Git kit fitted the bill, so I took one of Poot's into protective custody for painting. As usual, he wanted it as close as possible to the GW scheme. 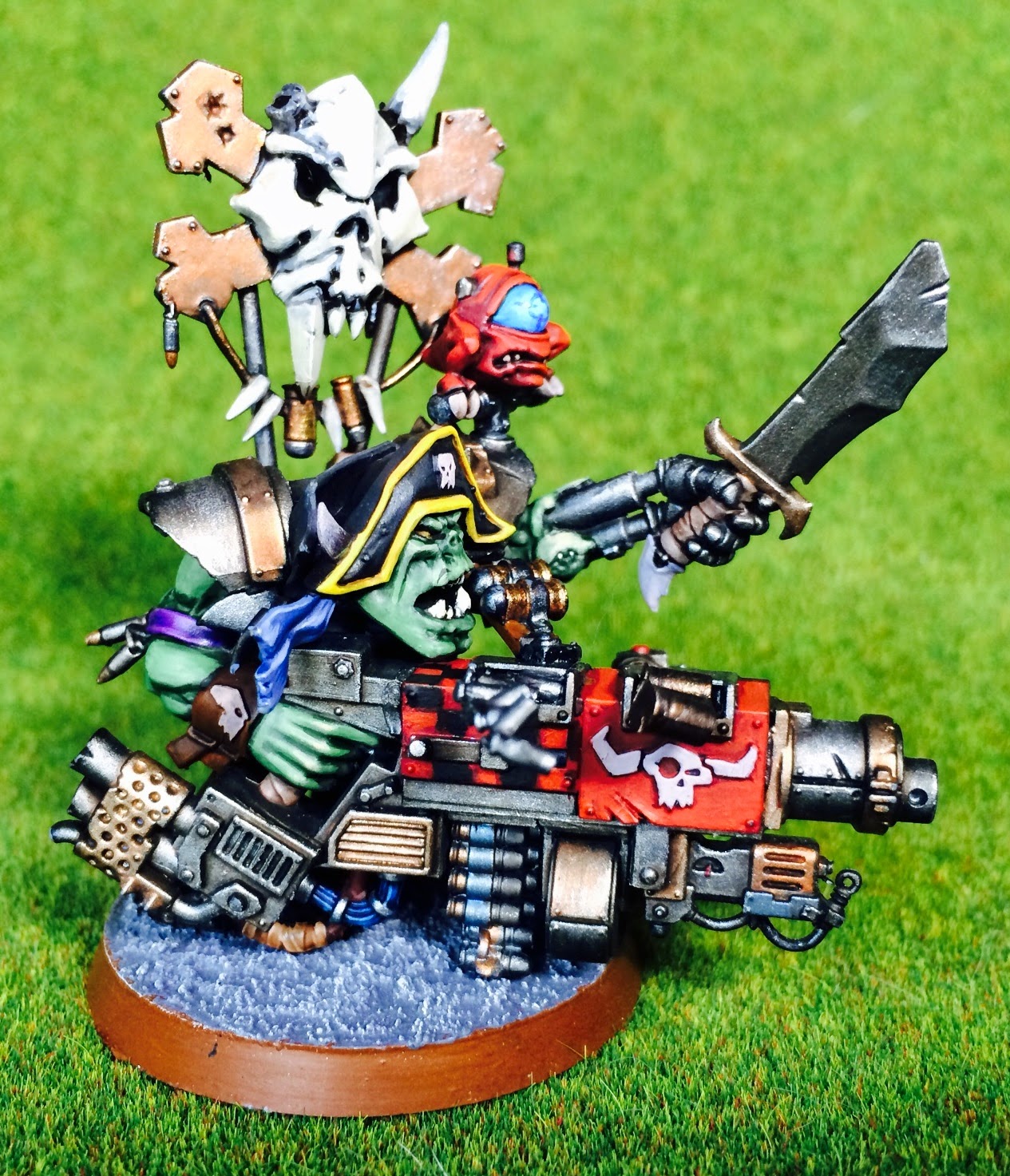 Regular readers will now that I'm a bit of a closet Ork fan, although I don't think I will ever have the patience to paint an entire horde (ain't nobody got time for that). All the orky accessories on this mini are great fun, particularly the bionic arm, pirate's hat and targeting squig. 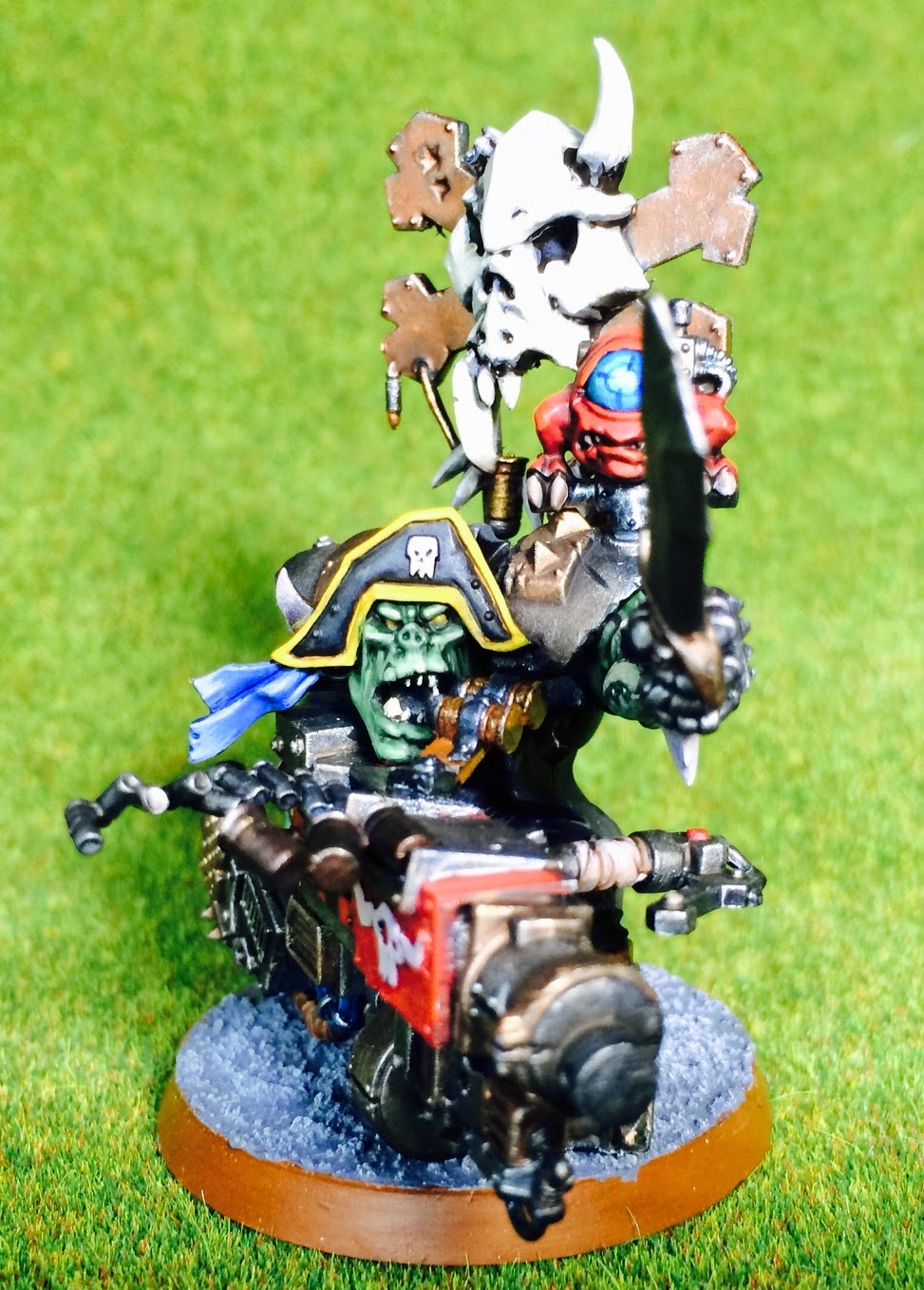 I spent an inordinate amount of time on this model and it felt like my hands were going to fall off at one point, but I still forget to drill or paint the barrel. Poor show. I did do a nice job of the squig's cross hair though I say it myself - although it is far from perfect I decided to leave it rather than redoing it and making it worse. 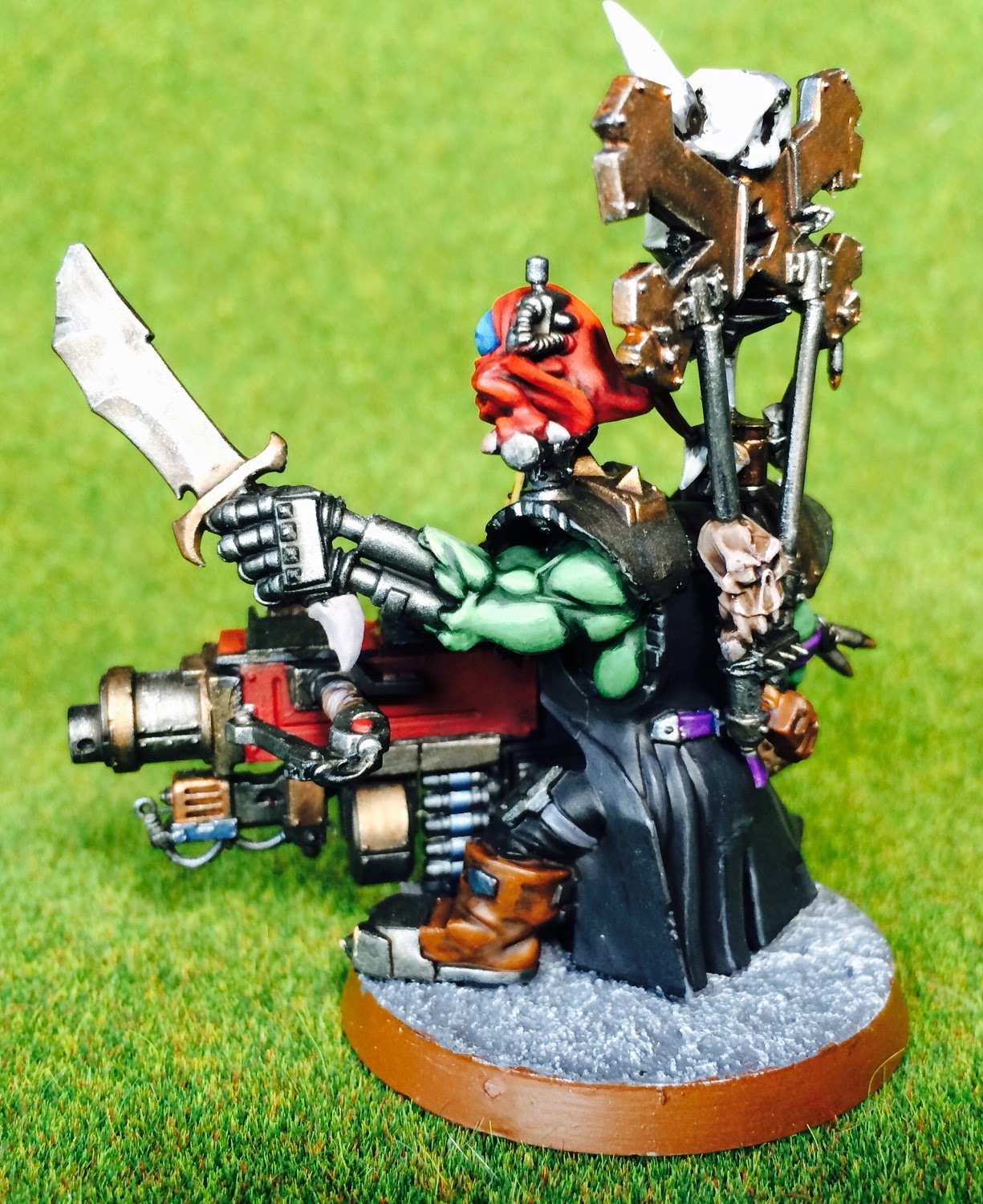 The highlights on the leather are based around matt black with increasing amounts of GW Stormvermin Fur mixed into it as you go up through the highlight levels. I think I even added some bone to pure Stormvermin for the final highlight. 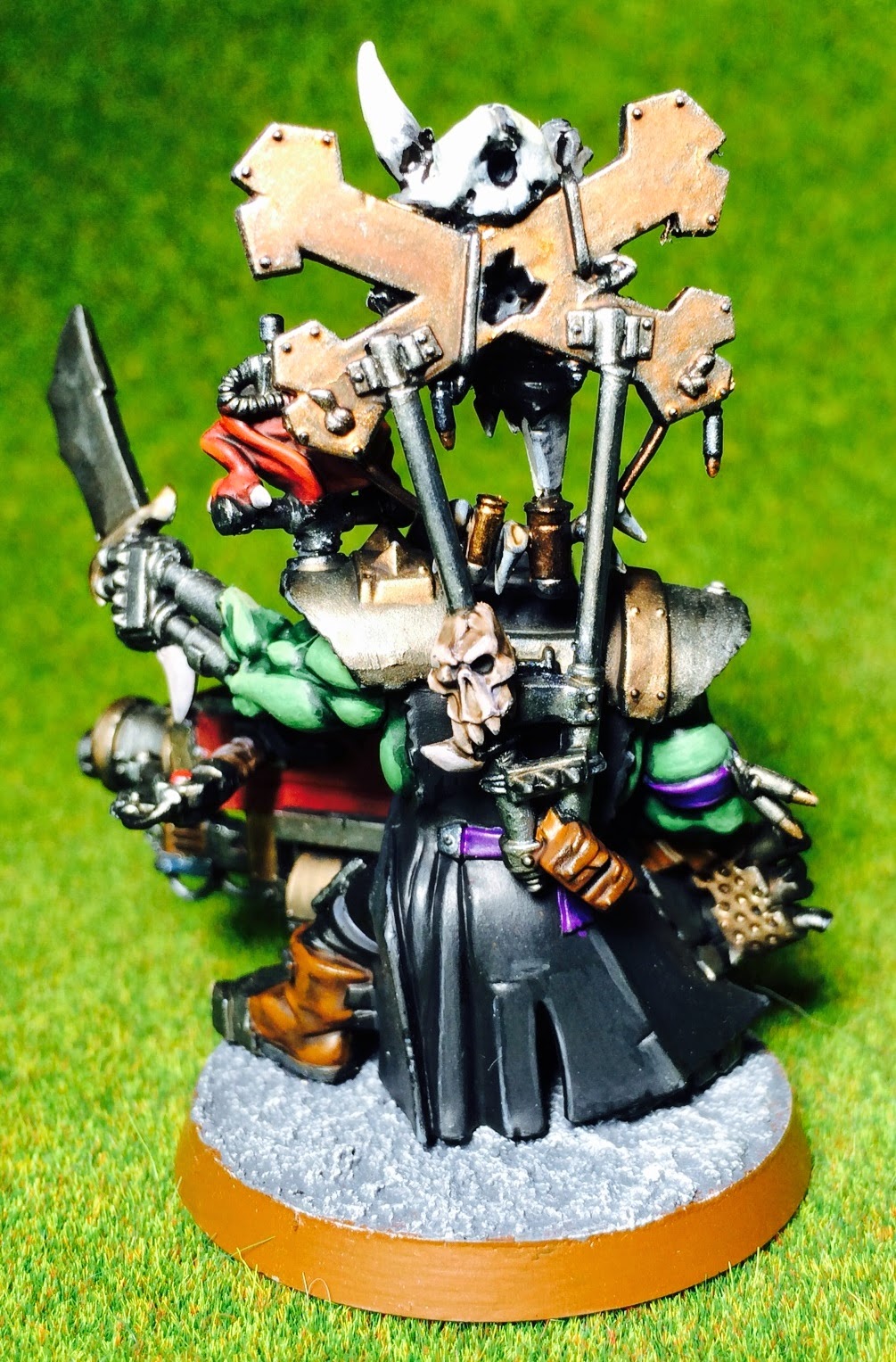 In this shot the light makes the leather highlights look pretty unsubtle but they are nicer in real life I promise! 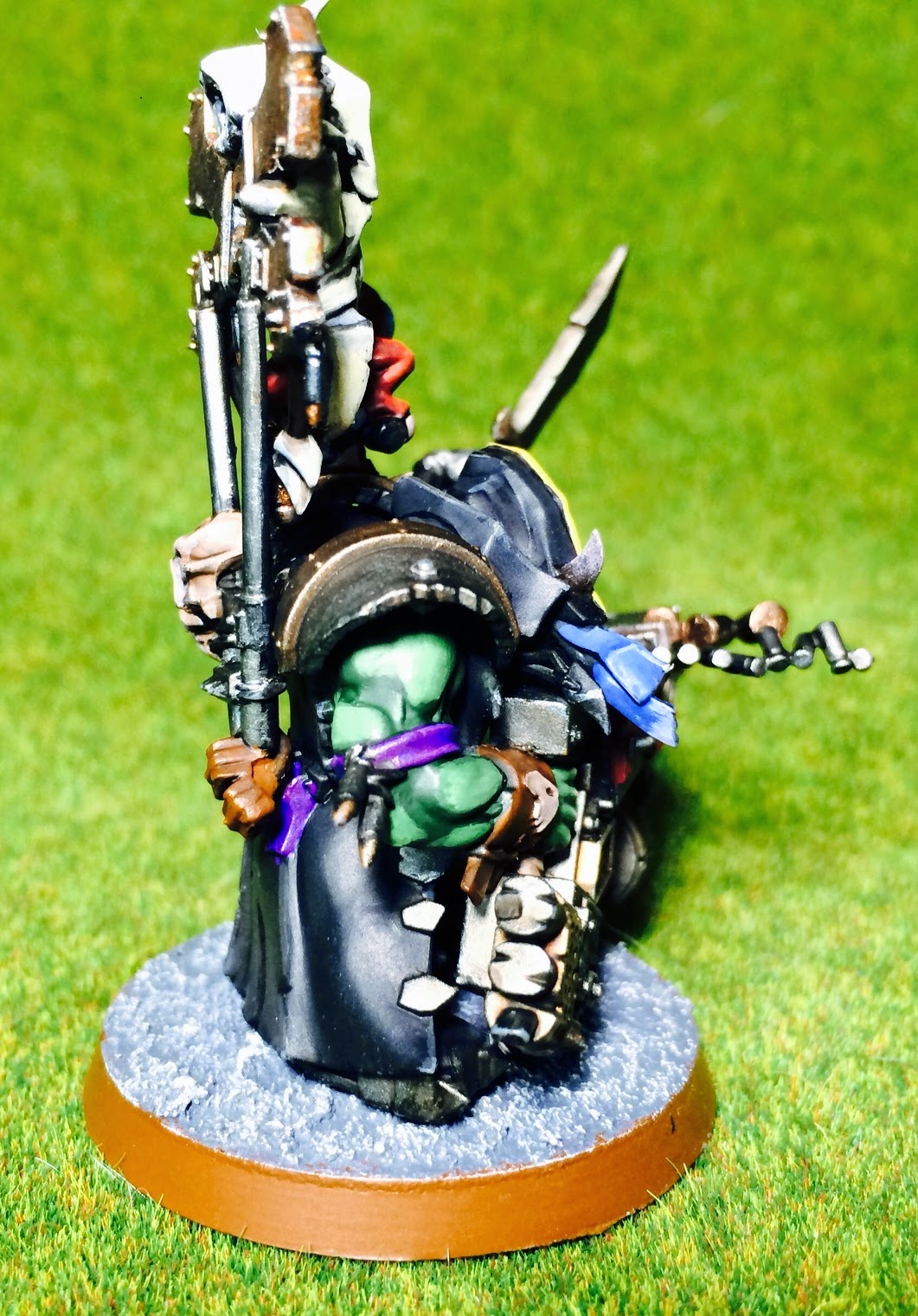 This shot shows how far the spent shell casings stick out of the model. This is a lovely bit of detail in the kit; Poot described it as "dramatic" which sums it up pretty well. However I don't think that they will stand up to play wear as they are very delicate and are held on with the tiniest dab of poly cement. 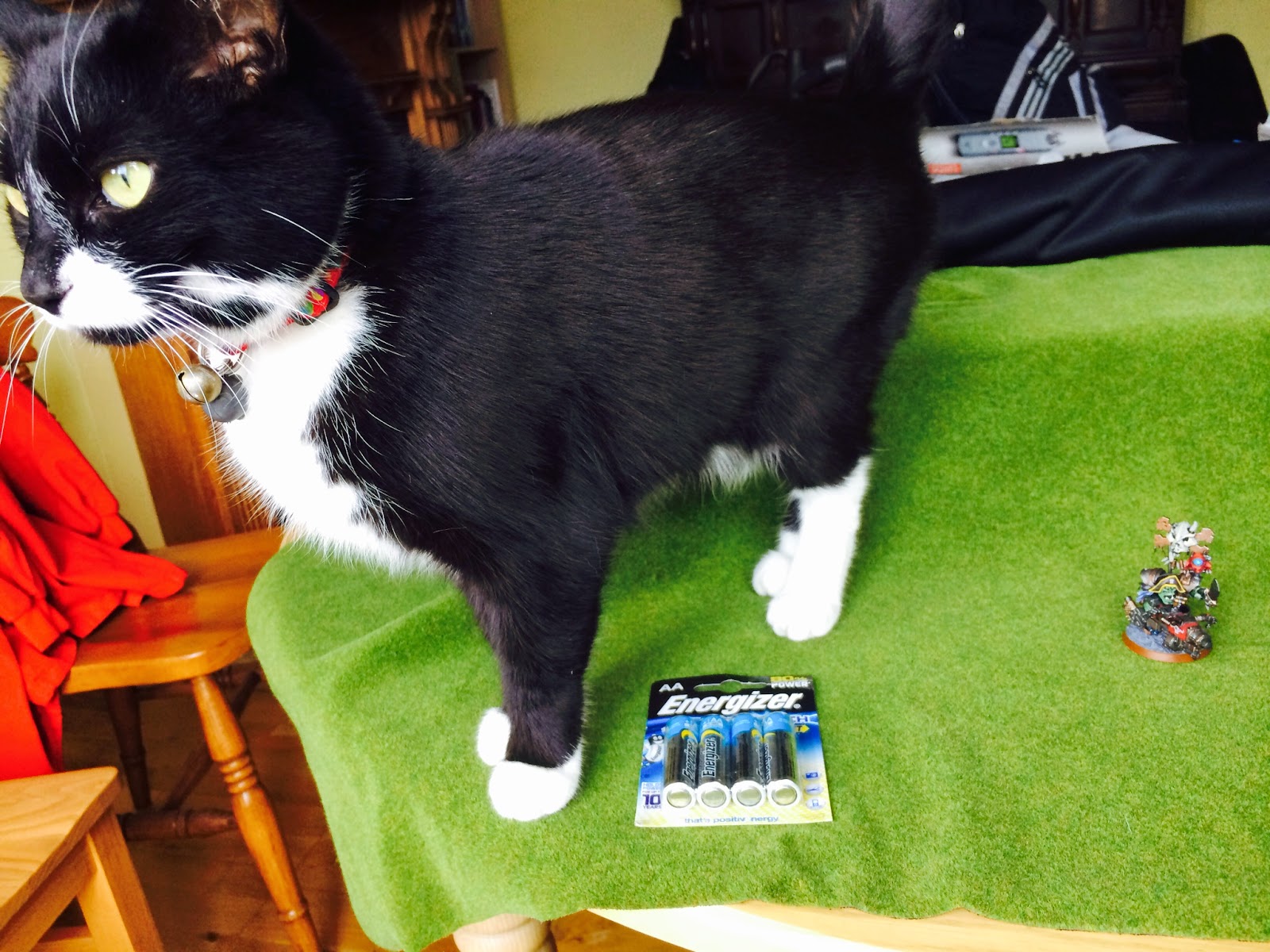 As usual 40k cat felt the need to investigate the photo shoot.
Posted by Danny Kastigaunt at 14:00