What's that I hear you ask? Well, it is a StuG Assault Gun from the excellent Flames of War starter set that has been painted bright red. Allow me to explain... 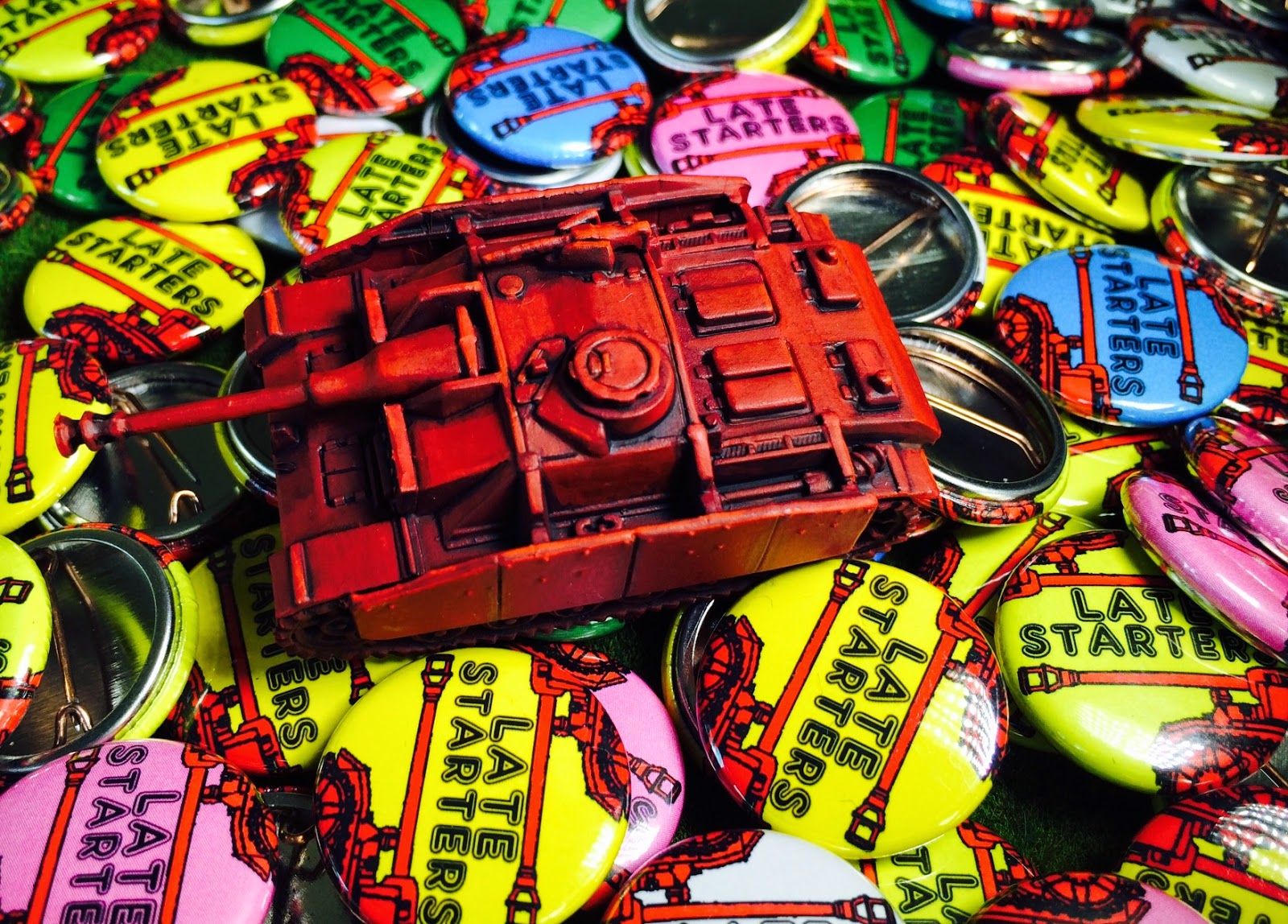 As well as painting minis and writing this blog, another thing that I should have grown out of by now is playing in a band. I wanted to design some badges to give away at gigs, and the inspiration was this poster for the 1966 film Battle of the Bulge. 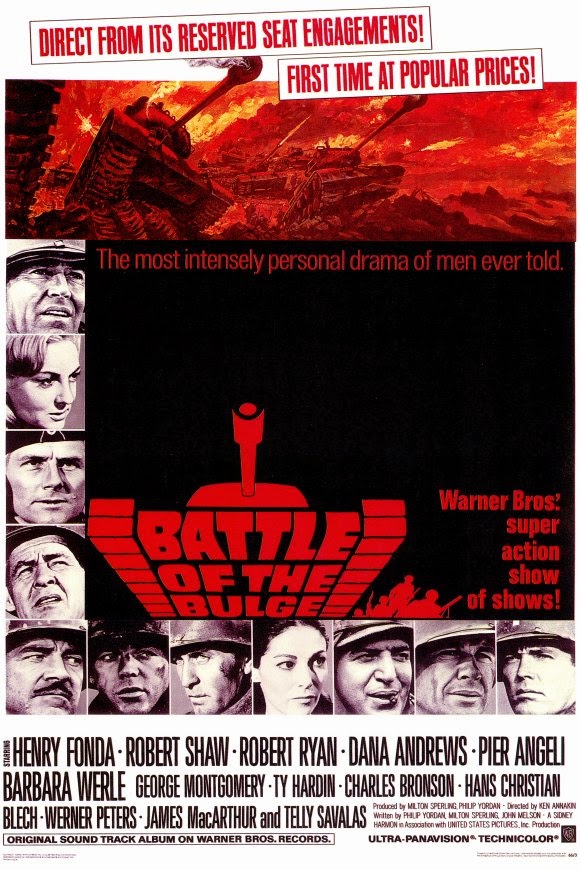 Being a pretty novice designer, I didn't stand much chance of recreating this, so instead I downloaded a schematic of a StuG, block coloured it red, and came up with these: 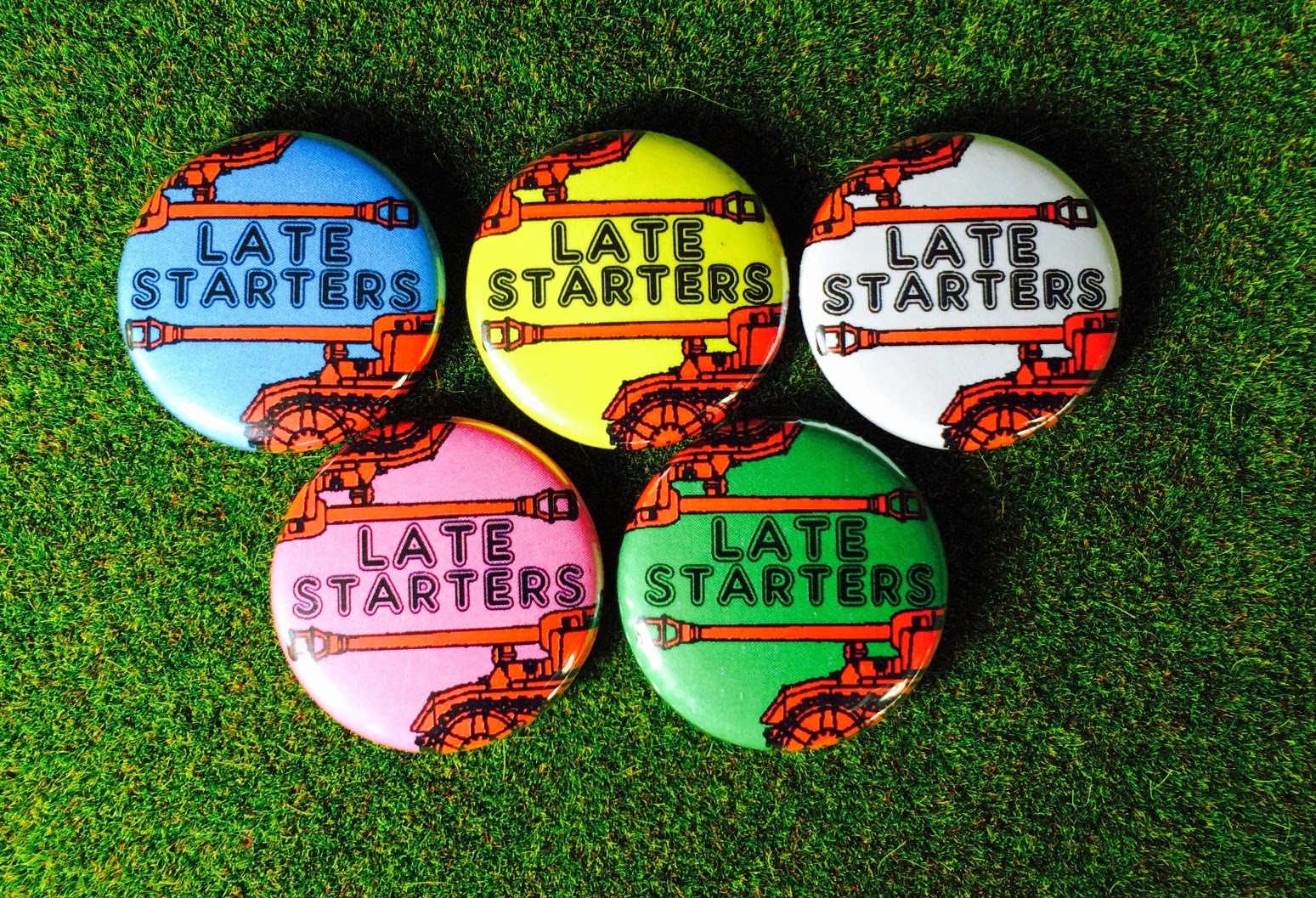 They proved to be quite popular, and I've ended up adopting the red StuG logo for a lot of the band's promotional material. Here's our album cover... 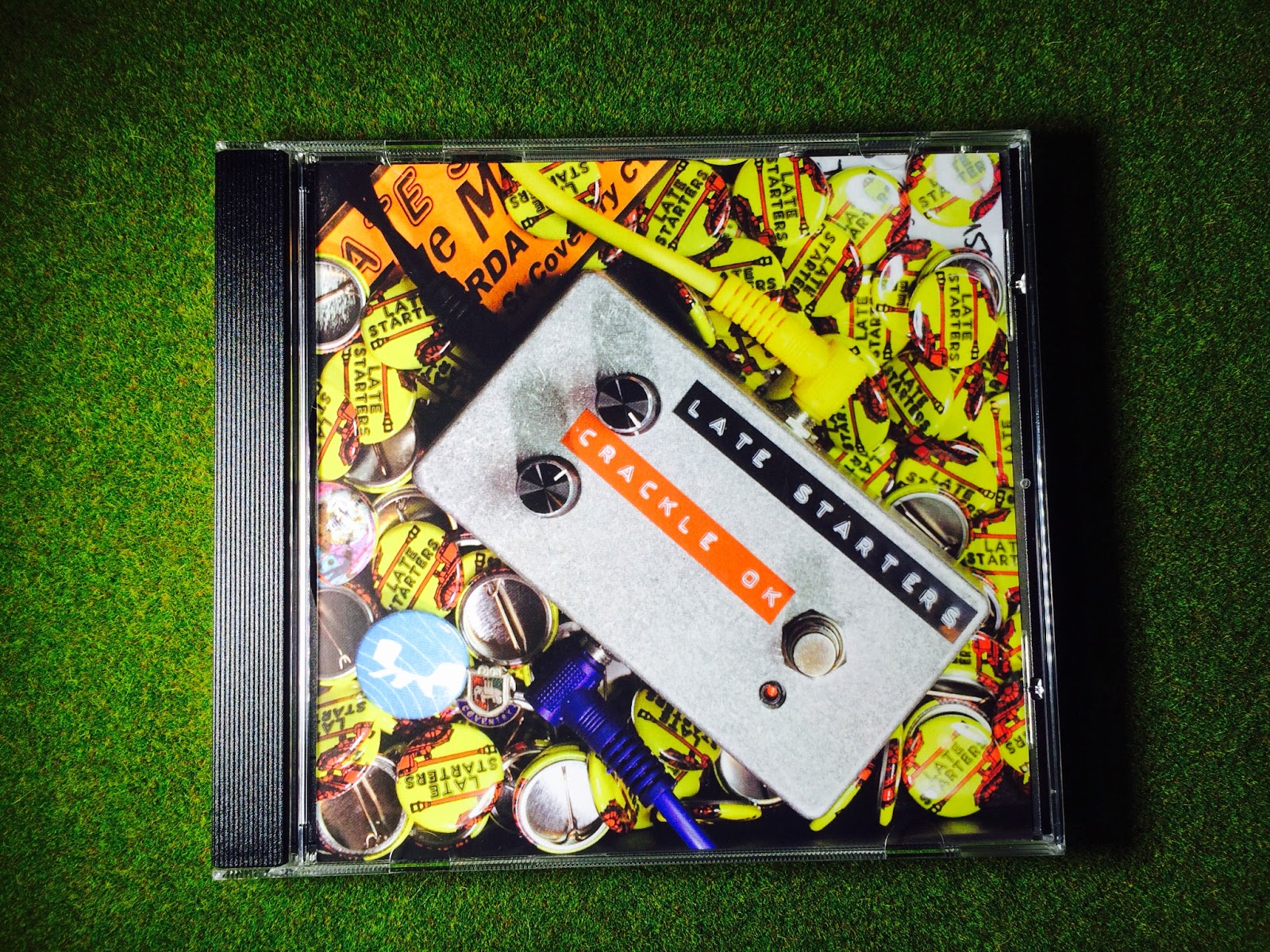 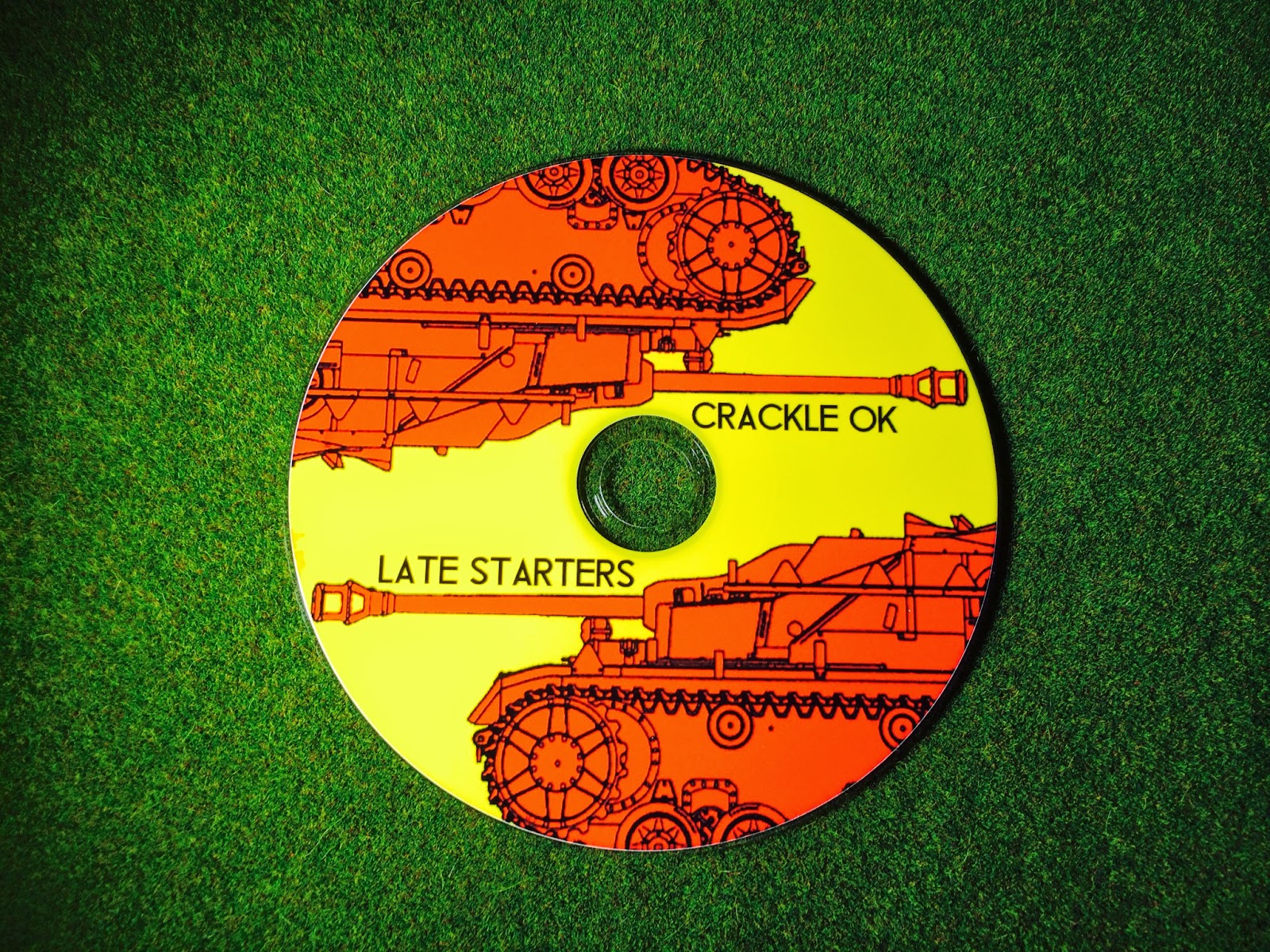 ...and the poster for the launch party: 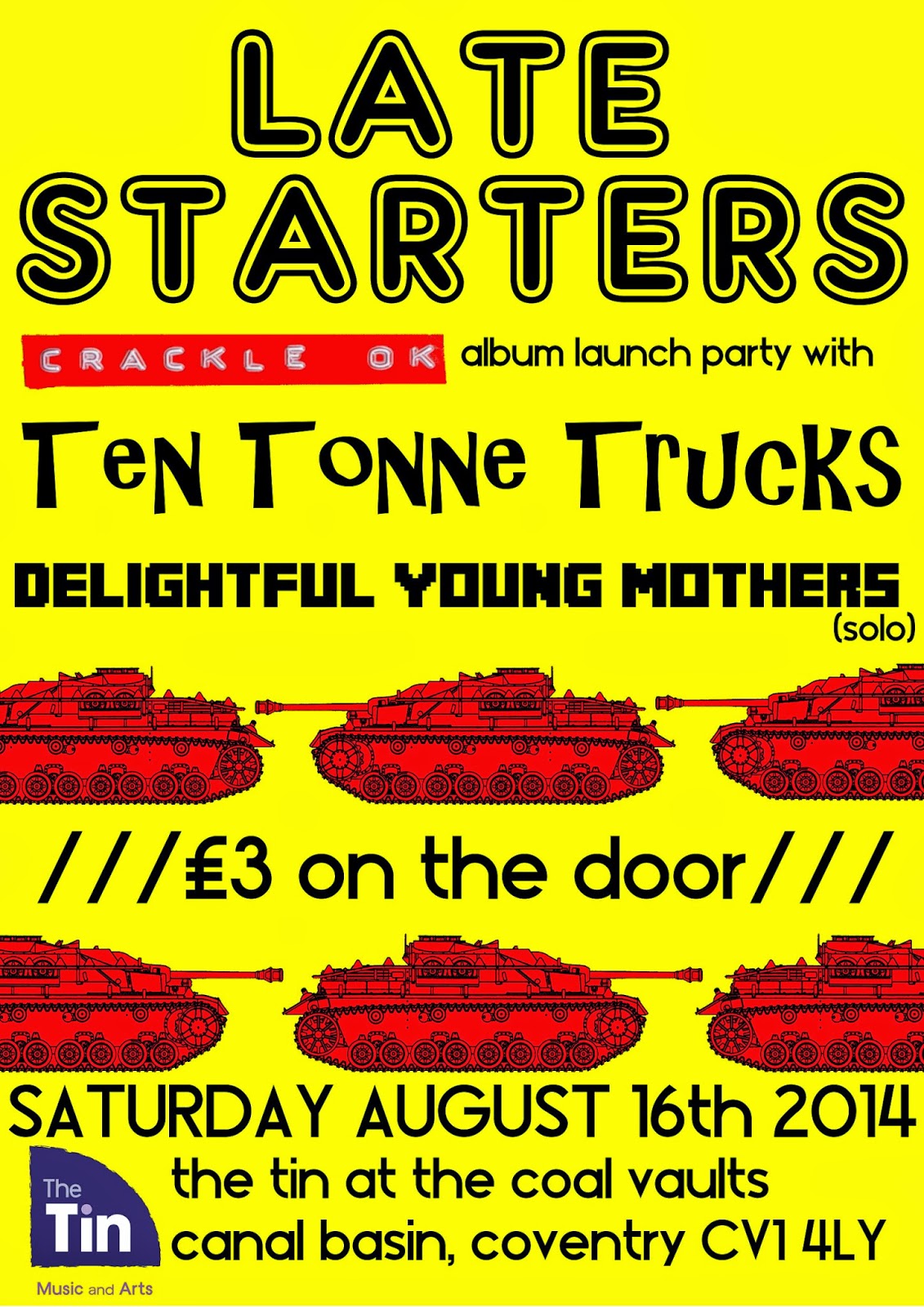 Anyway, I decided that it would be fun to paint up an actual Flames of War mini in the same way. Here is a traditional shot of the mini: 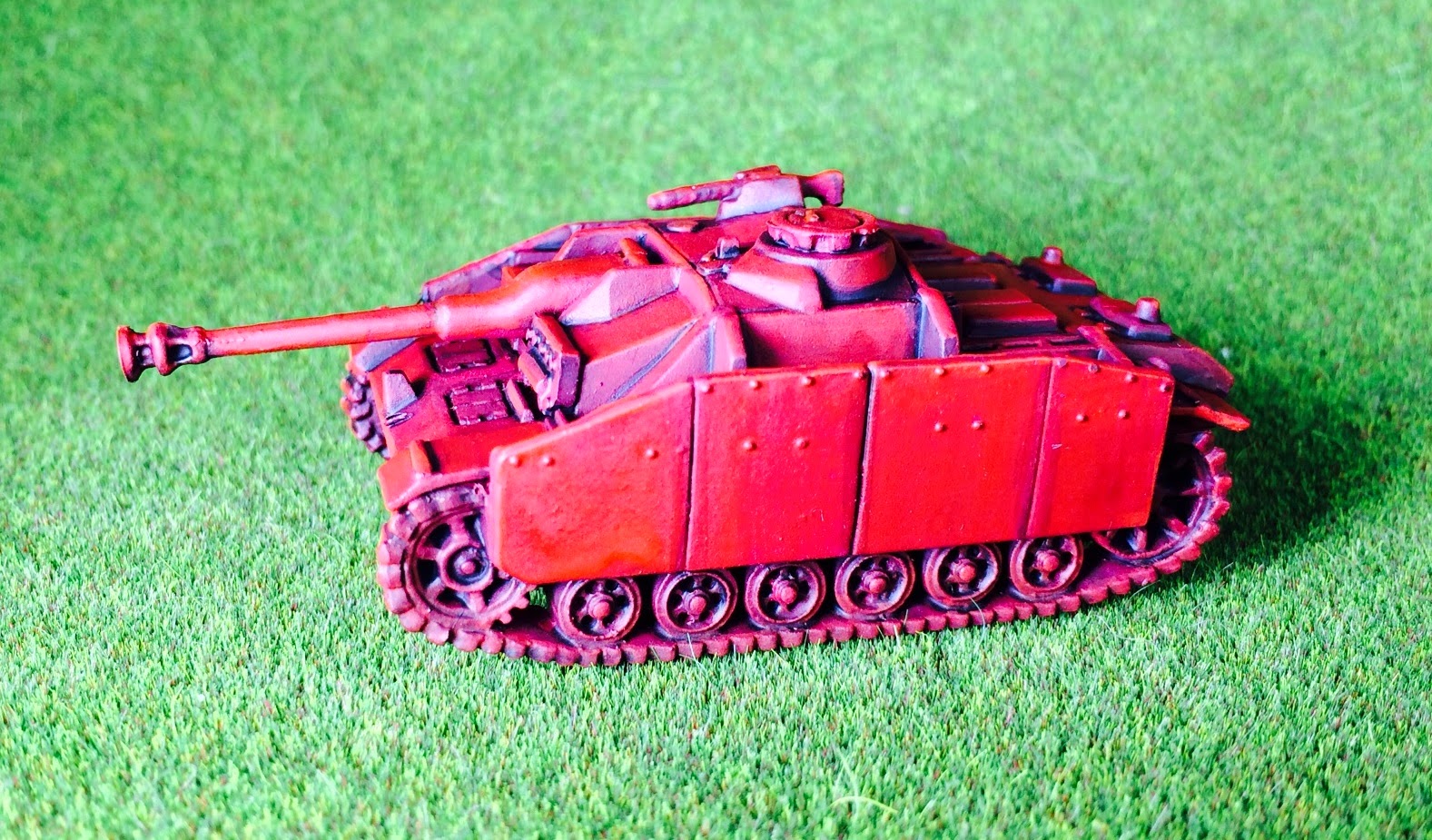 As a paint job its pretty simple. It is based around GW Khorne Red, with some Vallejo Scarlet mixed in for layering and highlighting, before a nice red glaze to finish it off.

If you're interested in finding out a bit more about the band have a look at:
Late Starters CD Baby Page
Late Starters on Facebook
...or you can listen to all of "Crackle Ok" for free on Spotify, and download it from iTunes if you're really keen.