After the two test minis which I've done over the last couple of weeks, I've completed my first Harlequin Troupe... Actually this will probably end up being half a troupe, because I will most likely run them in 12s. There was more that I could have done on these, but overall I was happy with the look of the unit as a whole and it was time to move on. 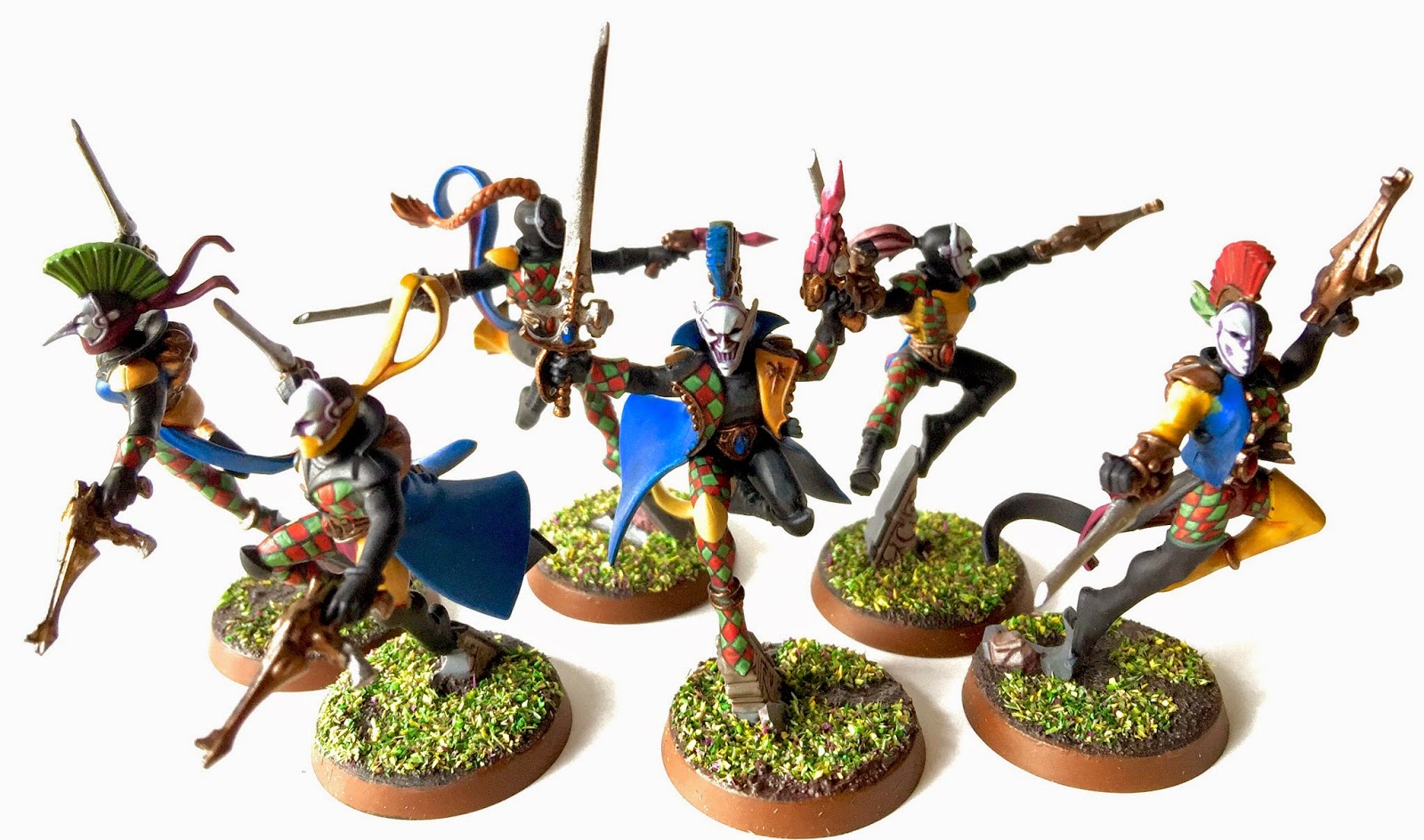 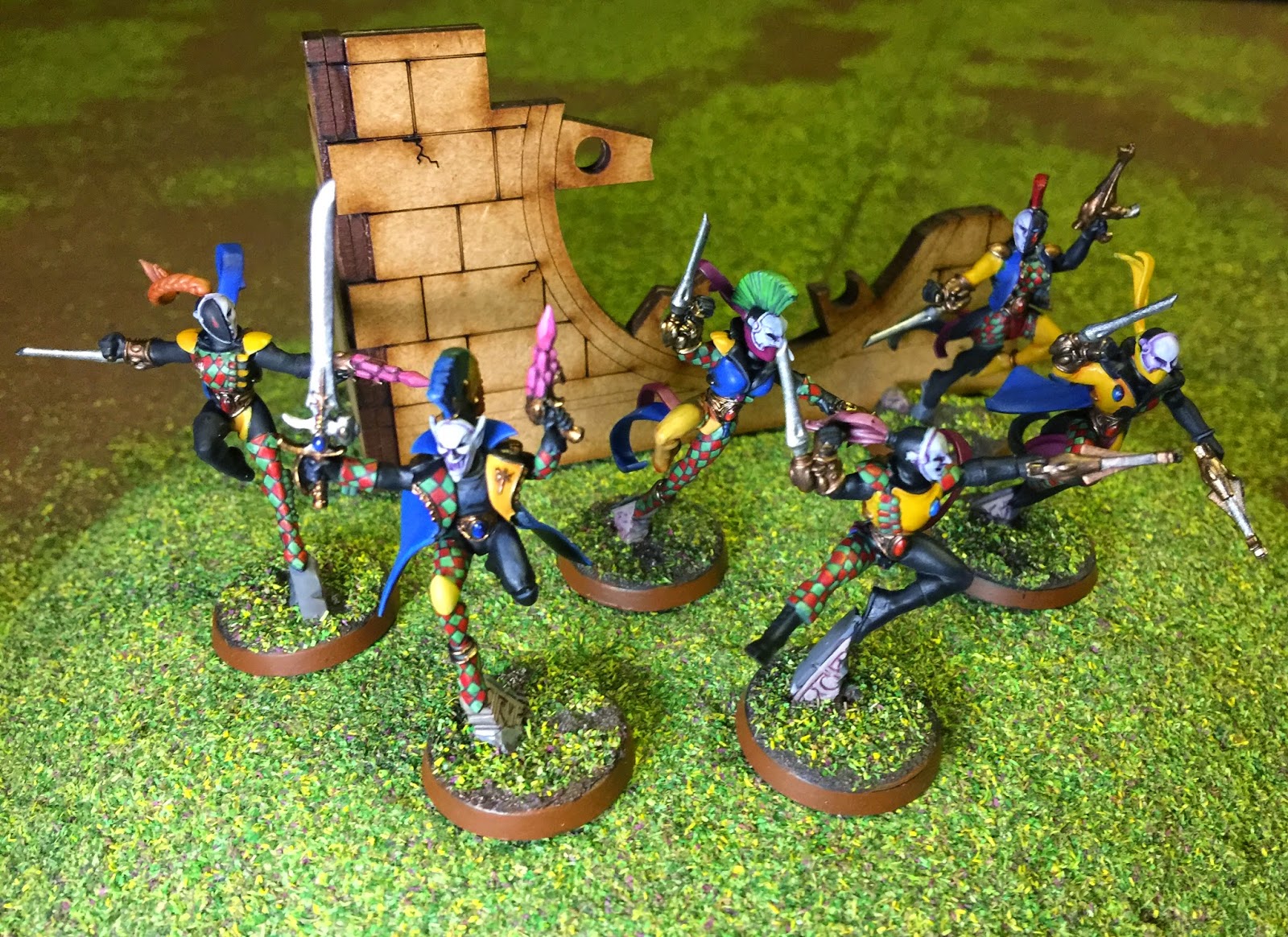 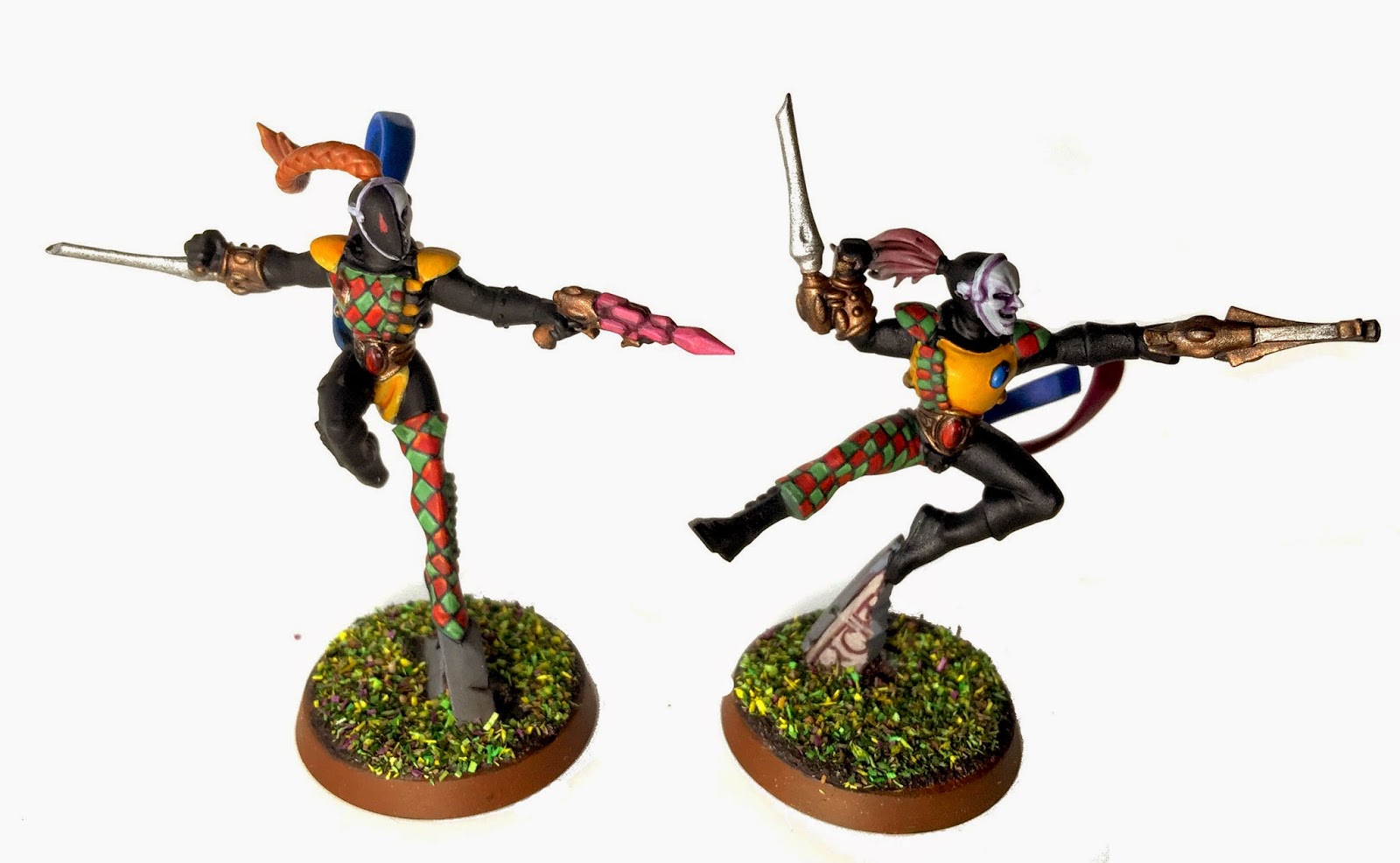 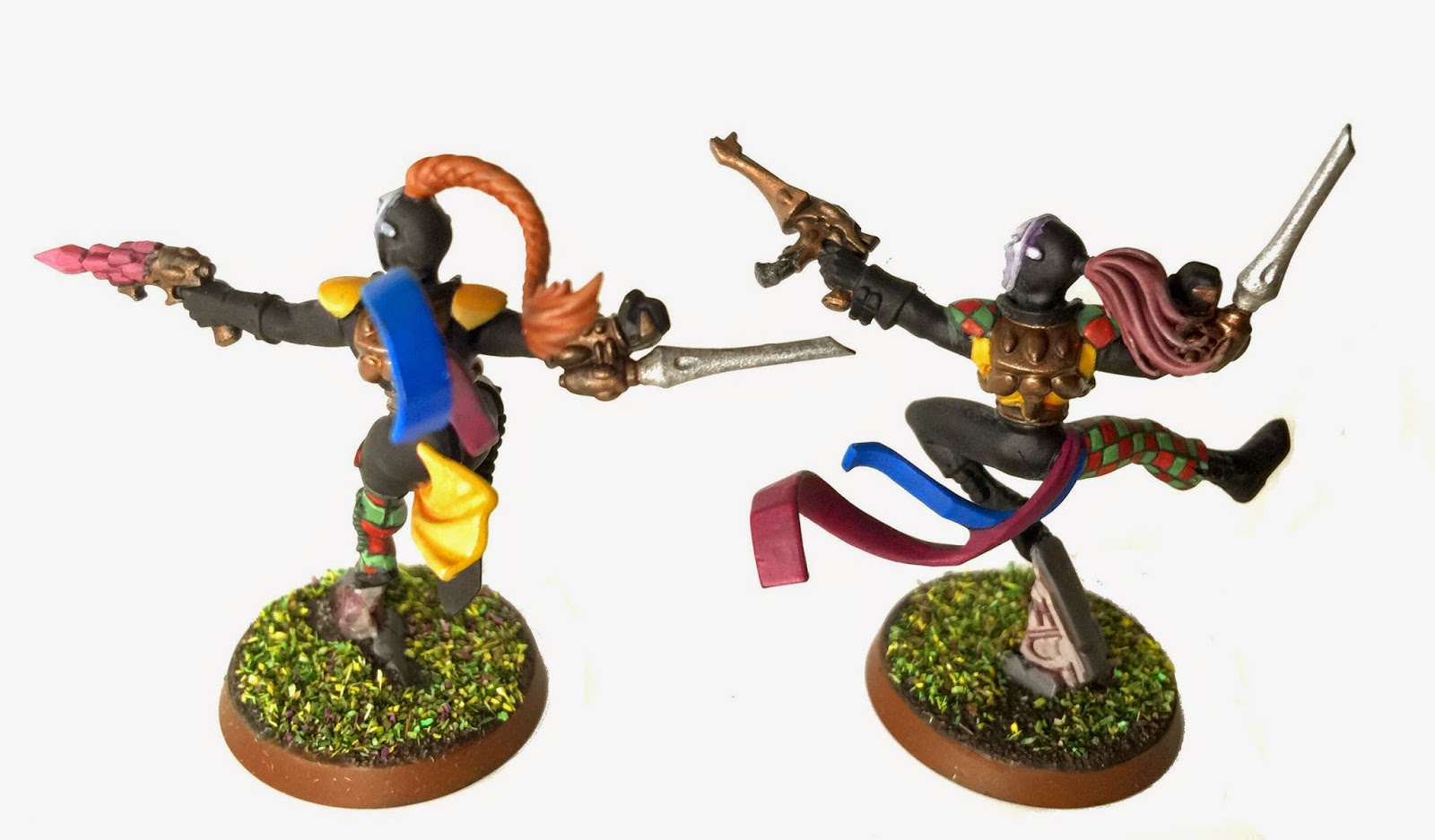 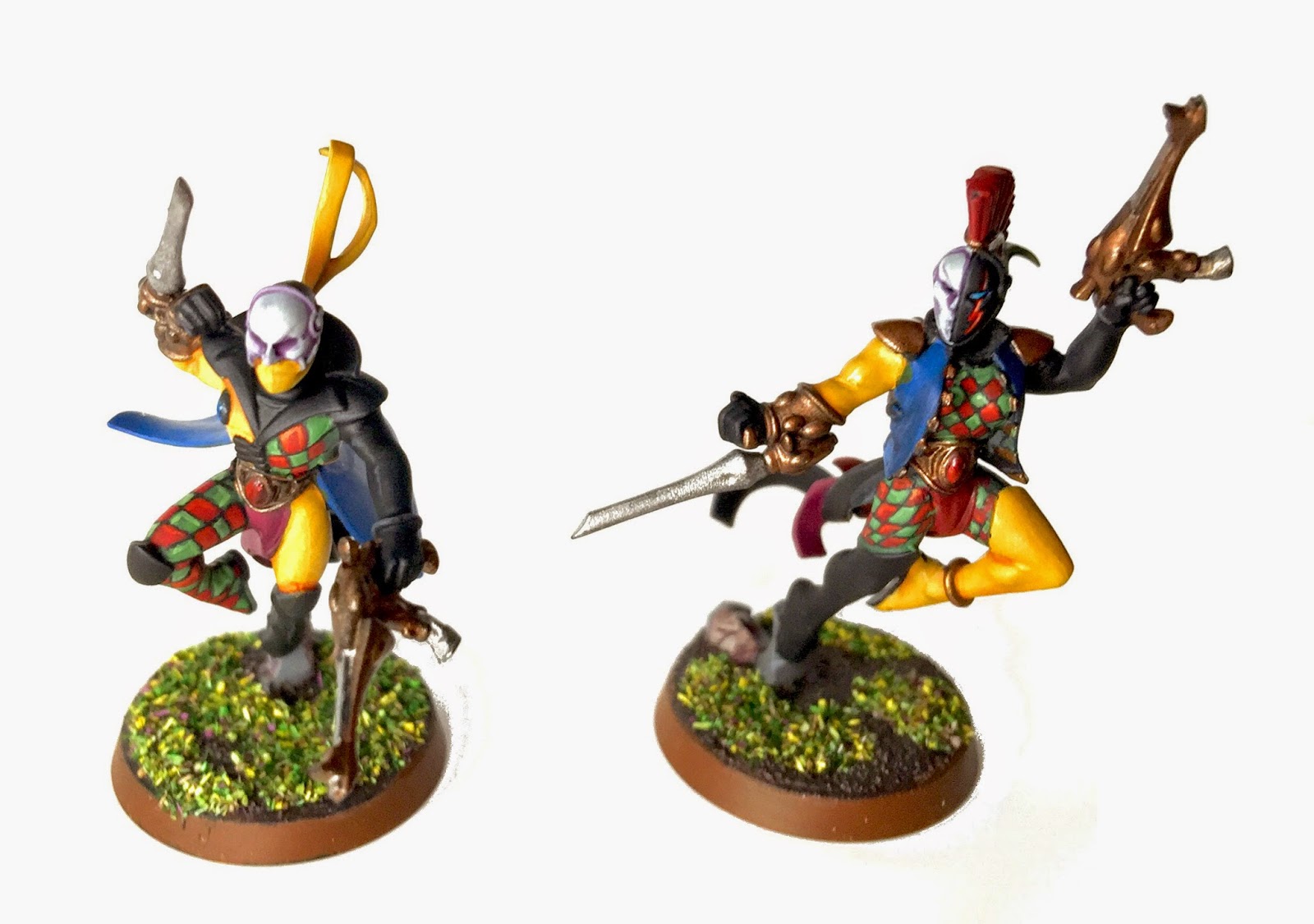 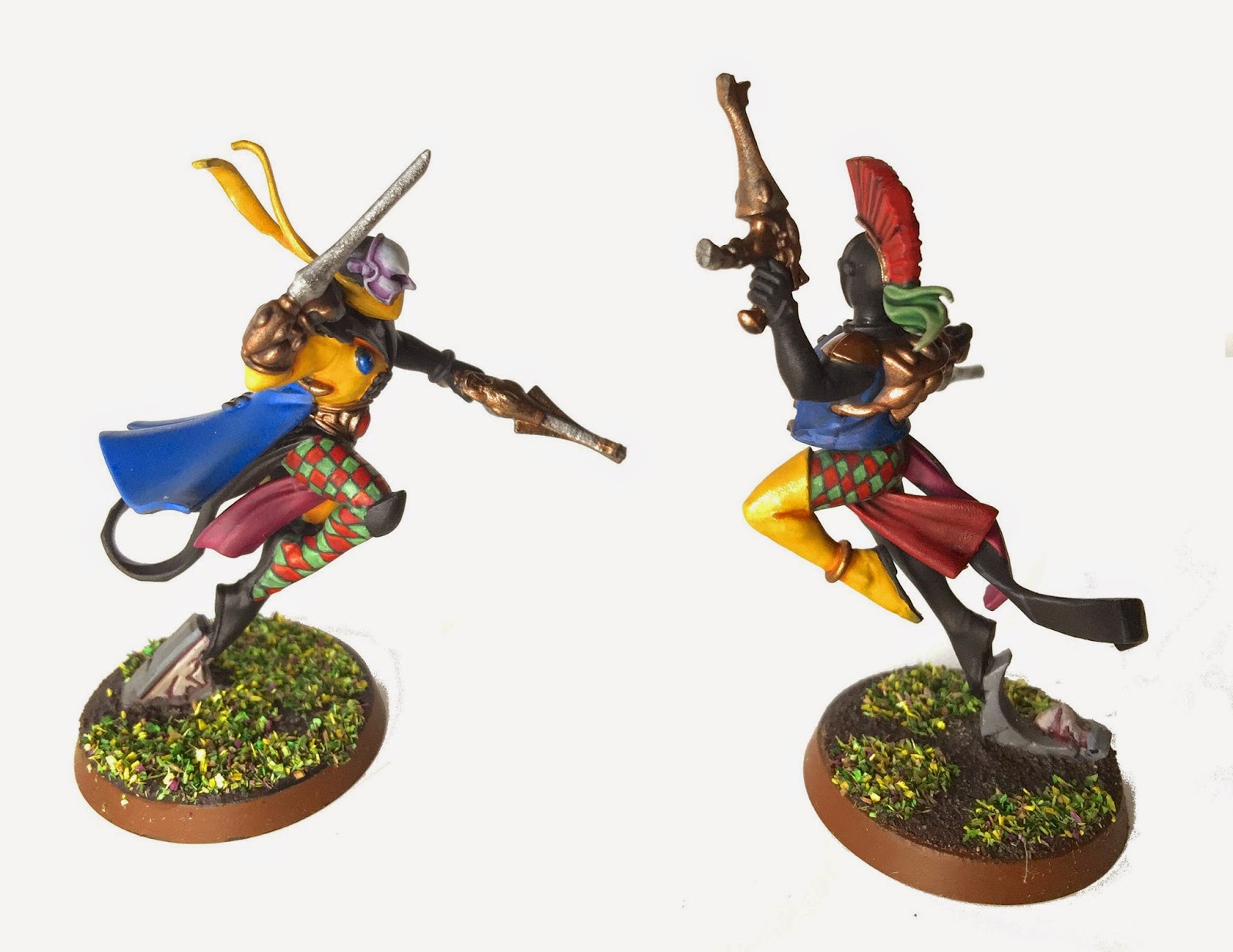 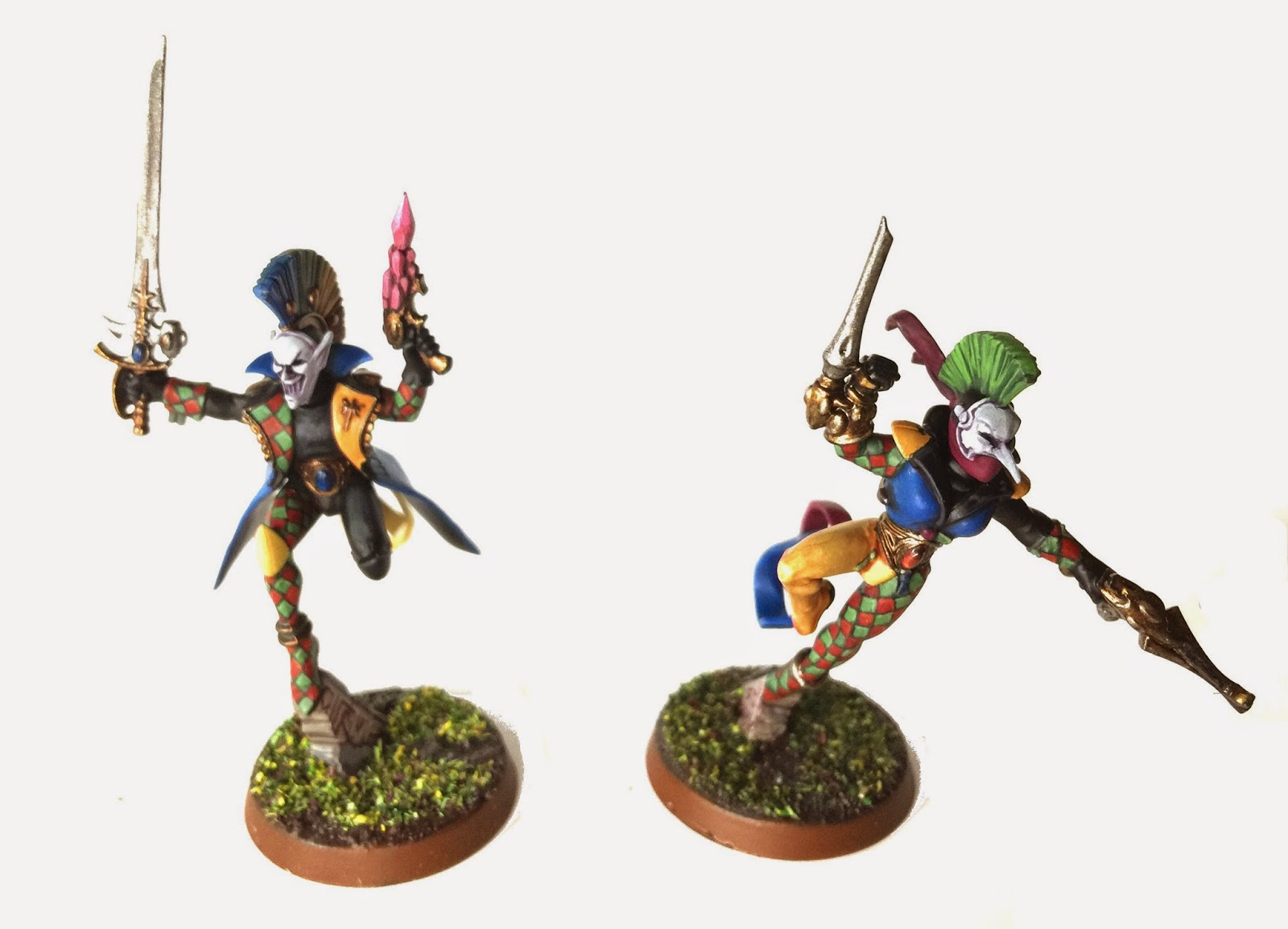 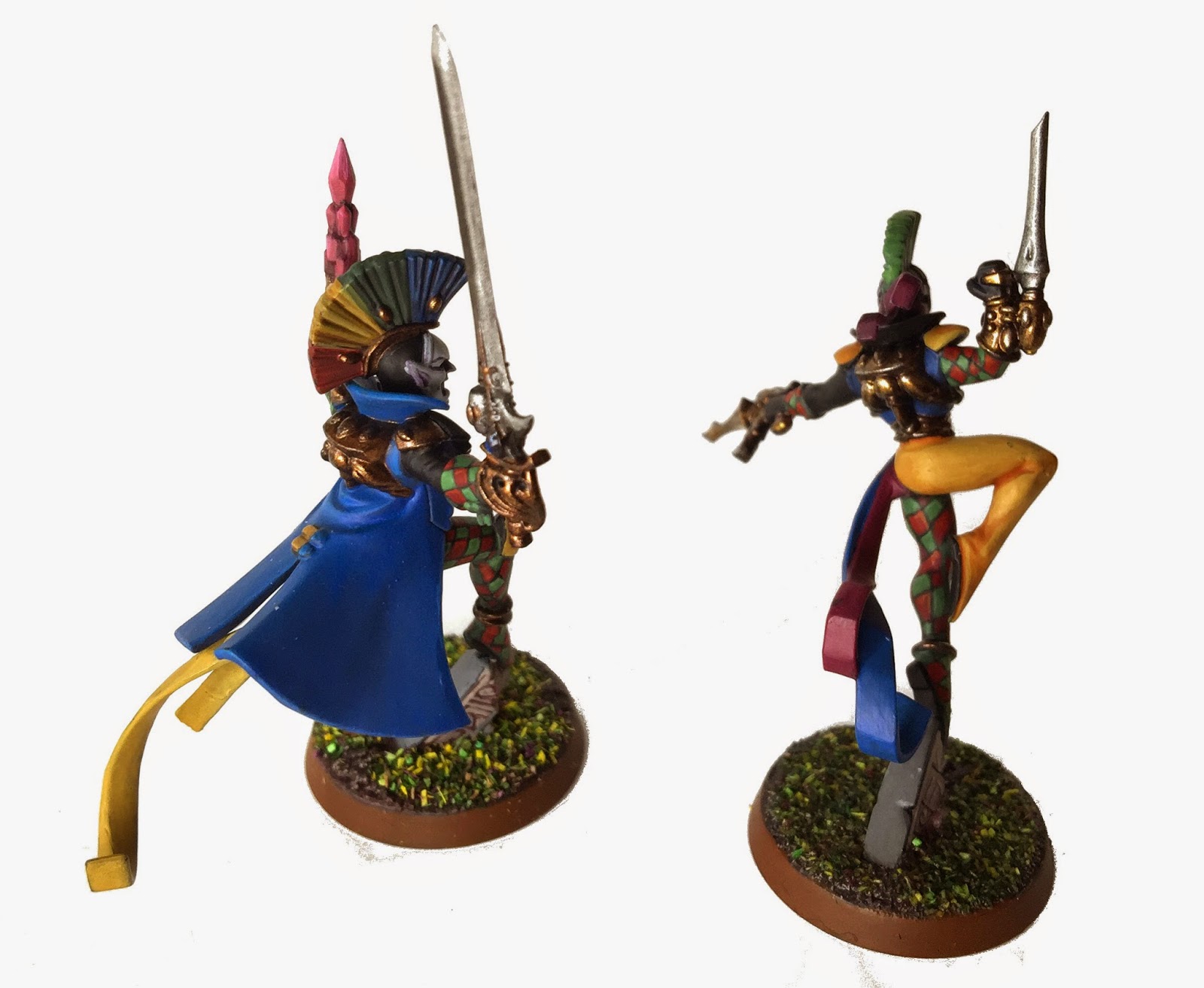 I am now working on another test mini, this time a Skyweaver from what will eventually be a unit of four. After that it will be time to tackle some of the single minis from this release... I am particularly looking forward to doing the Shadowseer.
Posted by Danny Kastigaunt at 14:00

Email ThisBlogThis!Share to TwitterShare to FacebookShare to Pinterest
Labels: Harlequins