Here is how I magnetised the main turret on my predators so that you can choose between the two main weapons easily. I've seen some other tutorials that involve working on the weapons themselves, but I've come up with a really simple way of achieving the same result by magnetising only the turret itself. 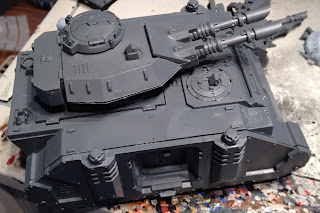 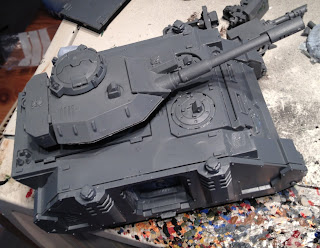 The premise of this conversion is simple. If you put the kit together according to the instructions, the only thing that is holding the weapon in place is the fact that the two halves of turret are glued together. If the two turret halves could be magnetised, it would be possible to lift the turret up, change the weapons over and snap the turret back on.

Here's the bottom of the turret. Without modification, there isn't enough plastic around the edge to drill magnets into, so we need to build up the sides with something. I decided to use green stuff. 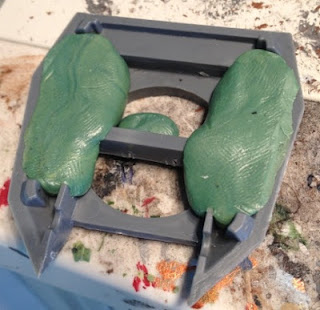 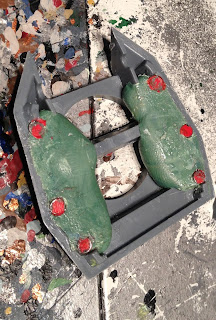 Next, the magnets needed to go in. Although I don't particularly like the red paint technique for marking polarities, it can be very useful for marking magnet positions. The red paint on the magnets shown here will tell us where we need to drill into the green stuff on the other half of the turret if they are pressed together while the paint is still wet. 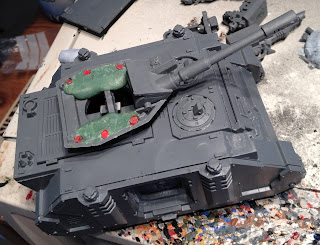 Once the magnets are in the other half and everything is dry, its time to put the turret together, hopefully with satisfying snap of magnets if you've got everything right. 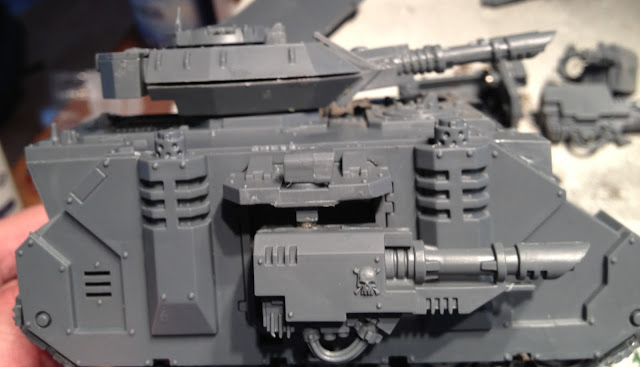 Here's the finished tank viewed side on. Despite my best efforts to make the two halves of the turret flush, you can see that there's a gap. I don't think that this is too nasty to look at, and it will be less obvious when the tank is painted. 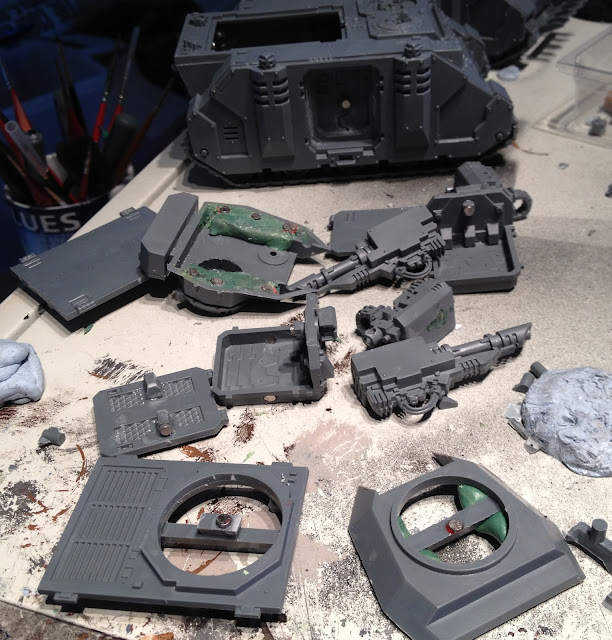 I've magnetised most of the tank using this guide, From the Warp: Magnetising the Space Marine STC, but I decided to try something different for the main turret which I think has been pretty successful. Only one more Predator and a Landraider to go and I can stop gluing magnets to my fingers and do some painting!

Posted by Danny Kastigaunt at 12:49

Email ThisBlogThis!Share to TwitterShare to FacebookShare to Pinterest
Labels: tanks and magnets, tutorials