As well as collecting Rogue Trader minis, I also love reading the rulebooks and sourcebooks from the era. Recently I managed to find a copy of the White Dwarf rules compilation for 40k which was released in 1991. 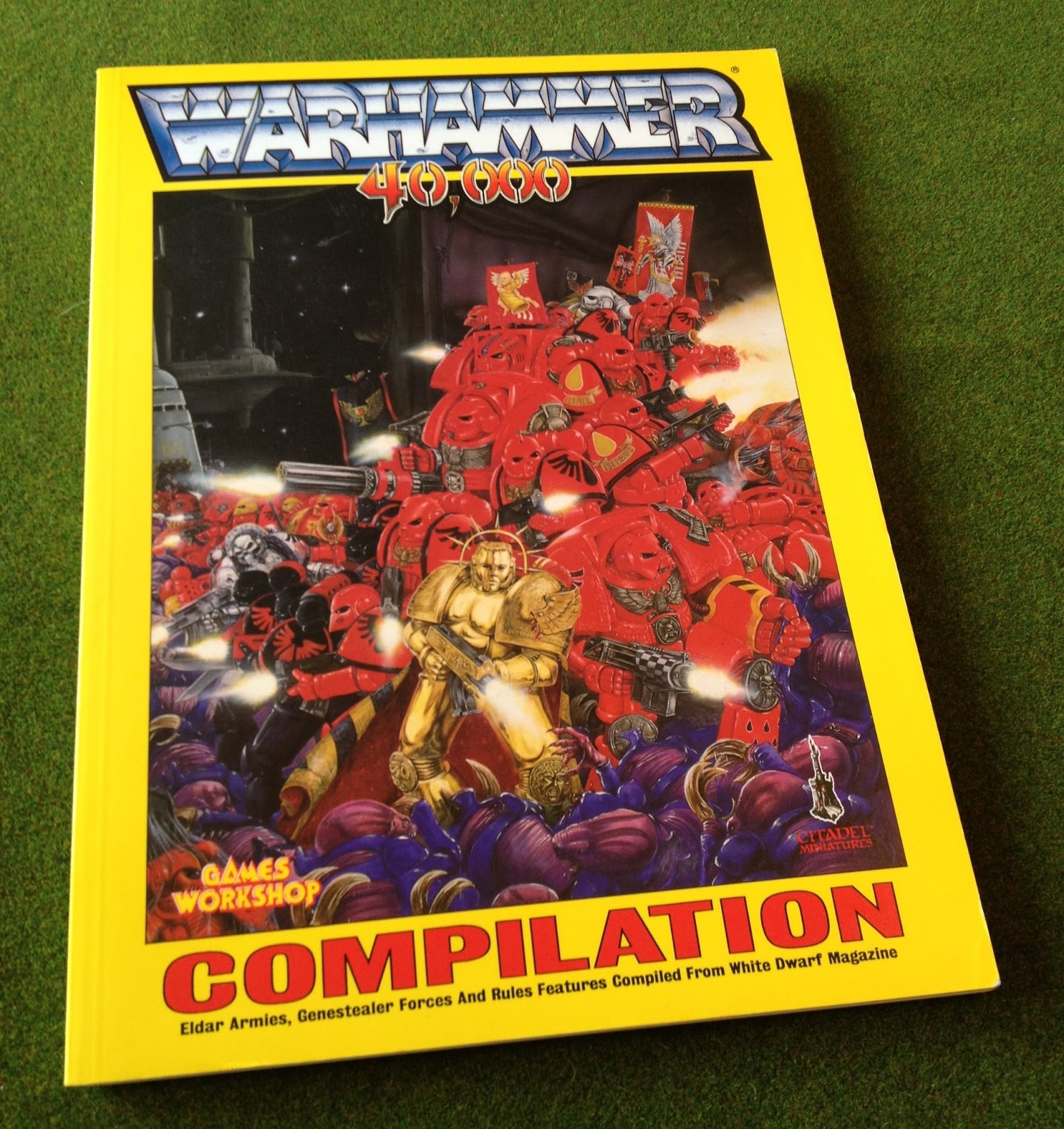 For me, these books are a much more enjoyable read than their modern day counterparts. When this book was published, 40k was less than five years old and there was much more of an RPG feel to some of the rules, and things were still changing fast. Looking back it seems like Rick Priestly and co were having new ideas almost every week. Today's stripped down, D6-based rules work very well in the most part, and allow very large games to run quickly and effectively. In my opinion however, the 40k universe was a more interesting place when one of the rulebook's most important messages was "the universe is enormous and anything can happen, use your imagination and have fun playing."

Anyway, there are some important pieces of 40k history in this book, and loads of stuff that is still common in the game today. This compilation includes the rules update that made Space Marines Toughness 4, and the early ancestor of the And They Shall Know No Fear rule.  It also contains the White Dwarf pages that introduced Thunder Hammers, Storm Shields and Cyclone Missile Launchers, all of which are still staples of Space Marine armies today.

On the inside cover of this book are some catalogue pages including these Space Marine Captains: 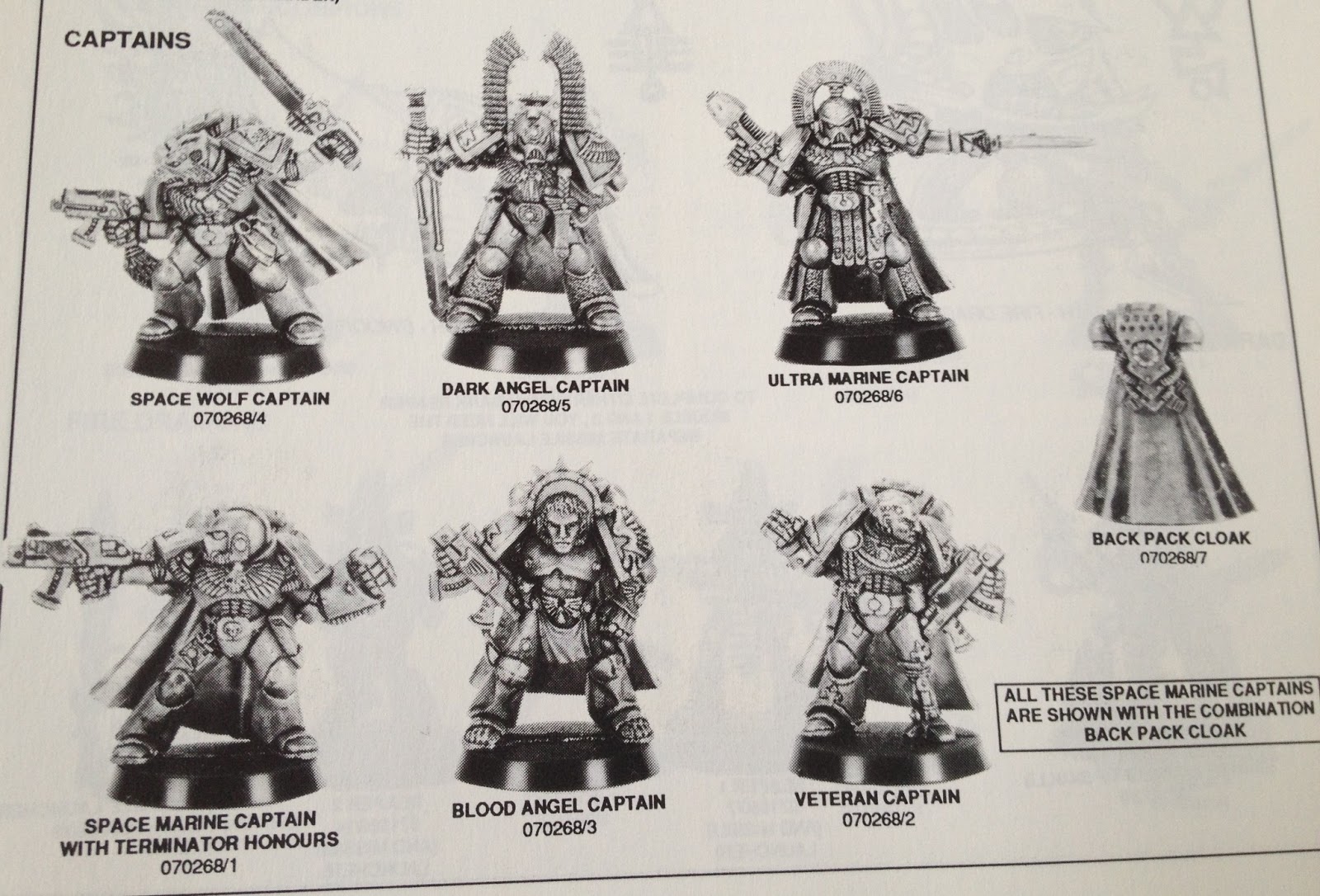 One of my long term Rogue Trader projects is to collect and paint this range, and I have recently managed to get hold of the Space Wolf Captain which was the last one I needed. 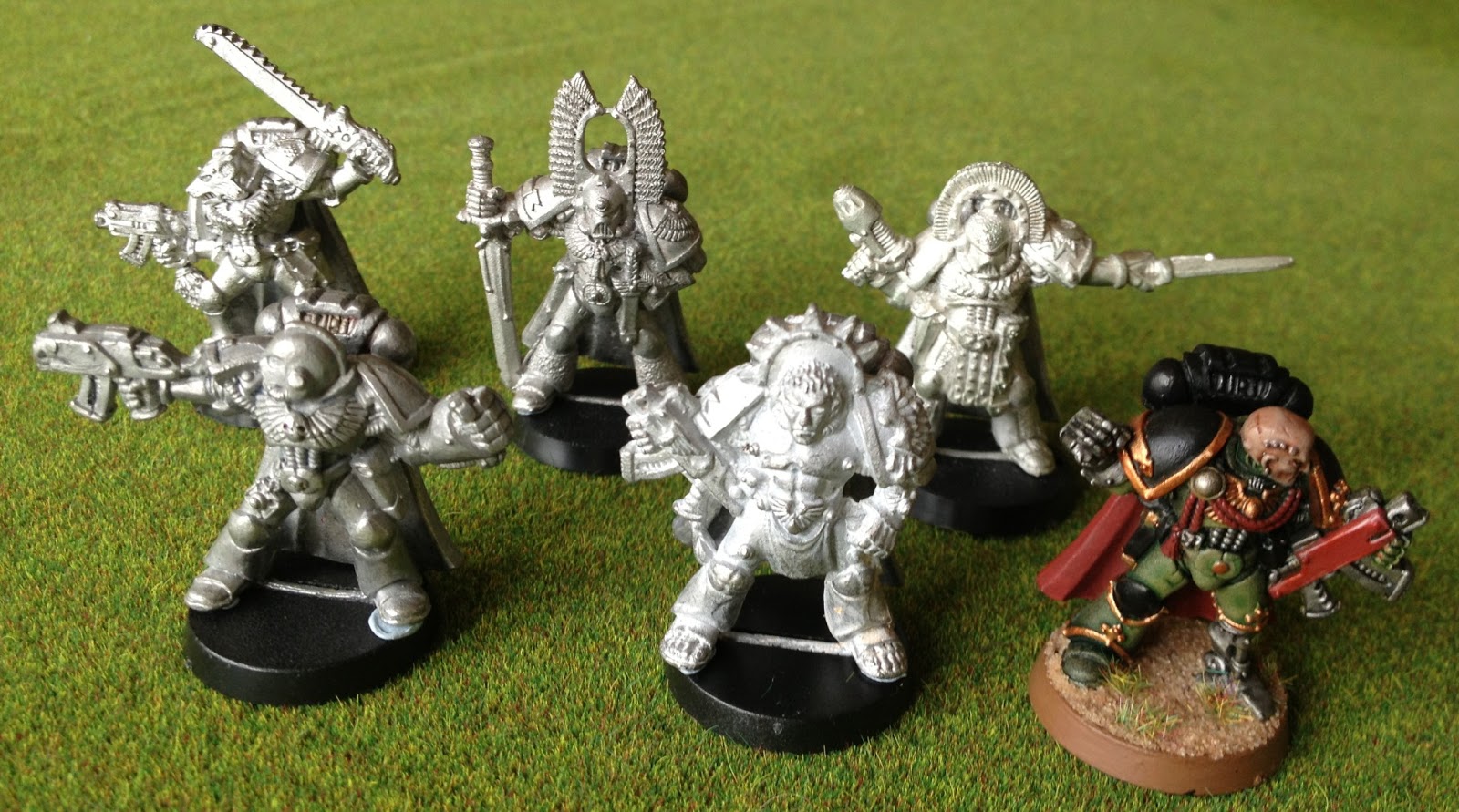 As you can see, while the collection is complete, only one has been painted so far. The "Veteran Captain" is in theory part of my Salamanders Army, although in practice he rarely sees the table. When he does he tends to get demoted to Sergeant and serve as a glorified LD9 marker!

The rest will be painted in their respective chapter colours. While building my Salamanders army is incredibly satisfying, it is not a great way to develop my painting technique, so doing these minis will be really interesting and help to learn new ways of doing things.

Here are a few pictures of the finished Captain: 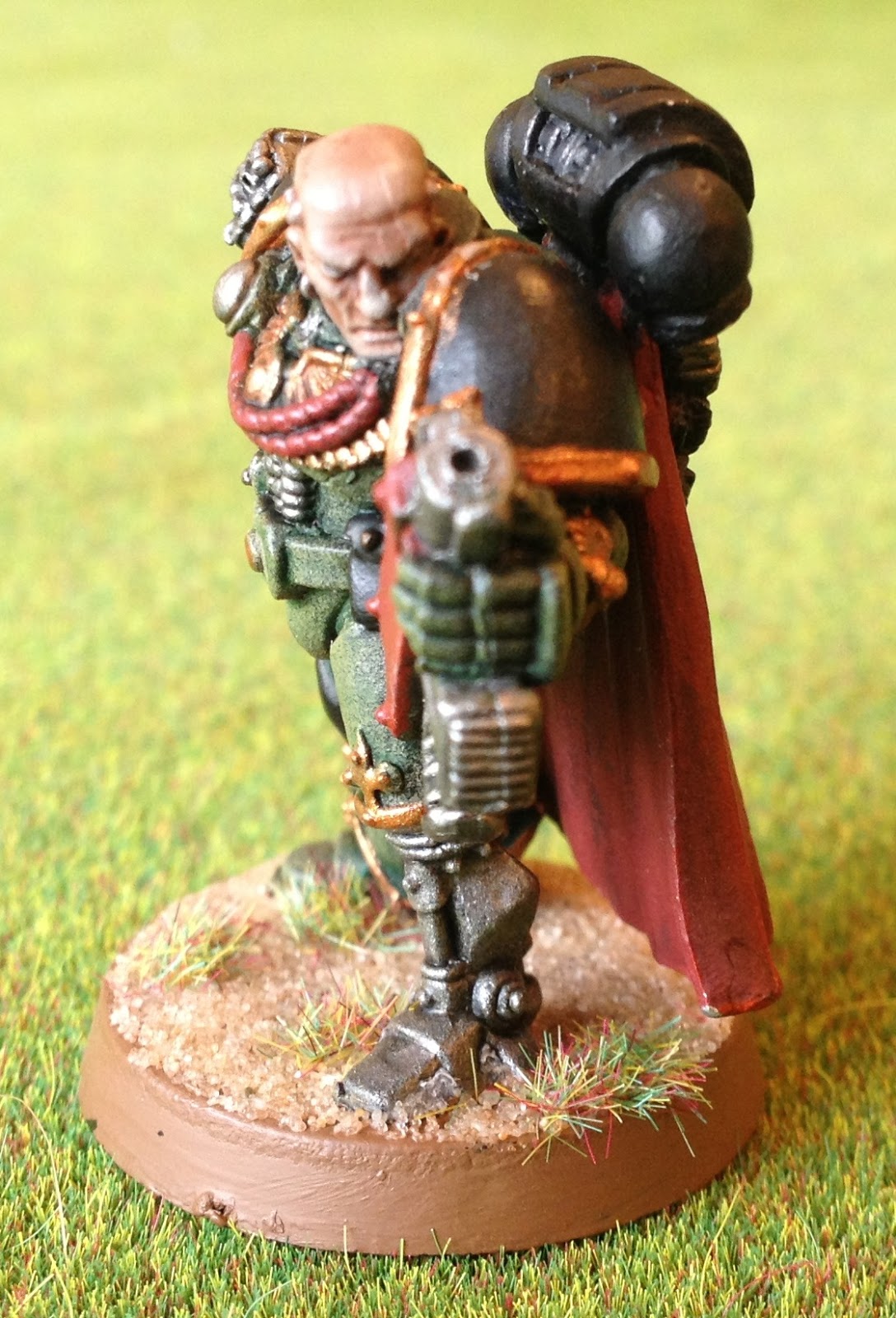 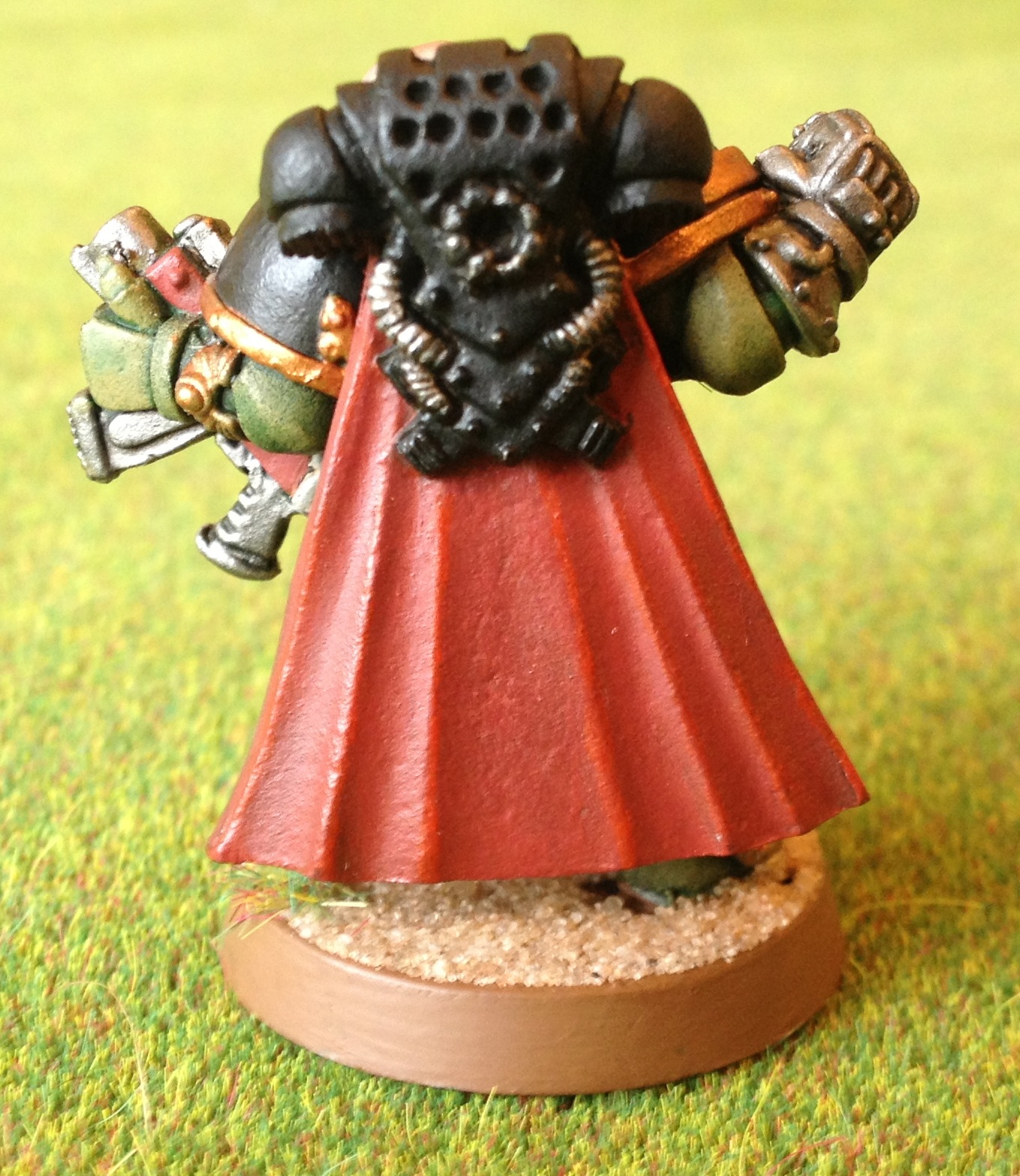 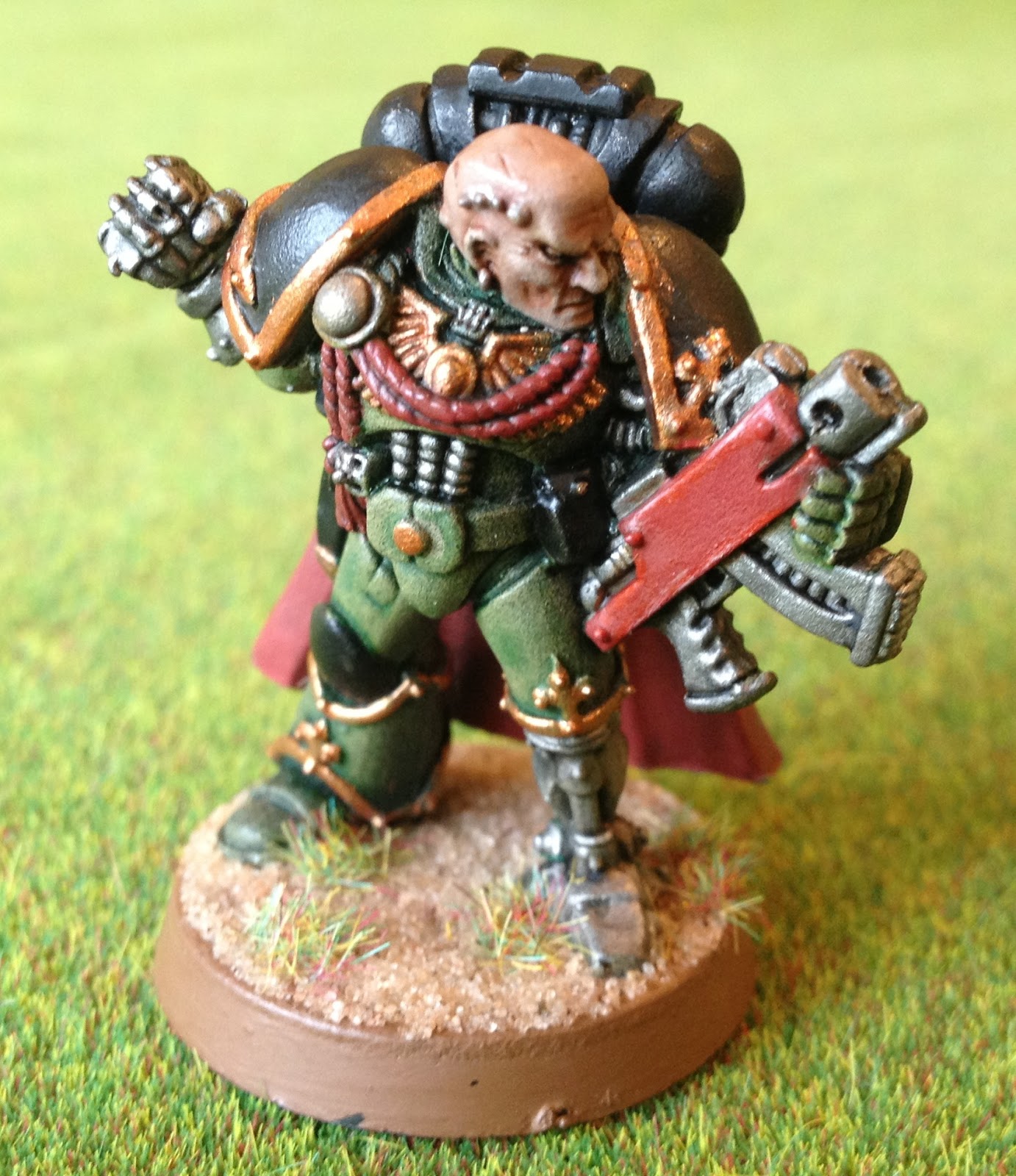 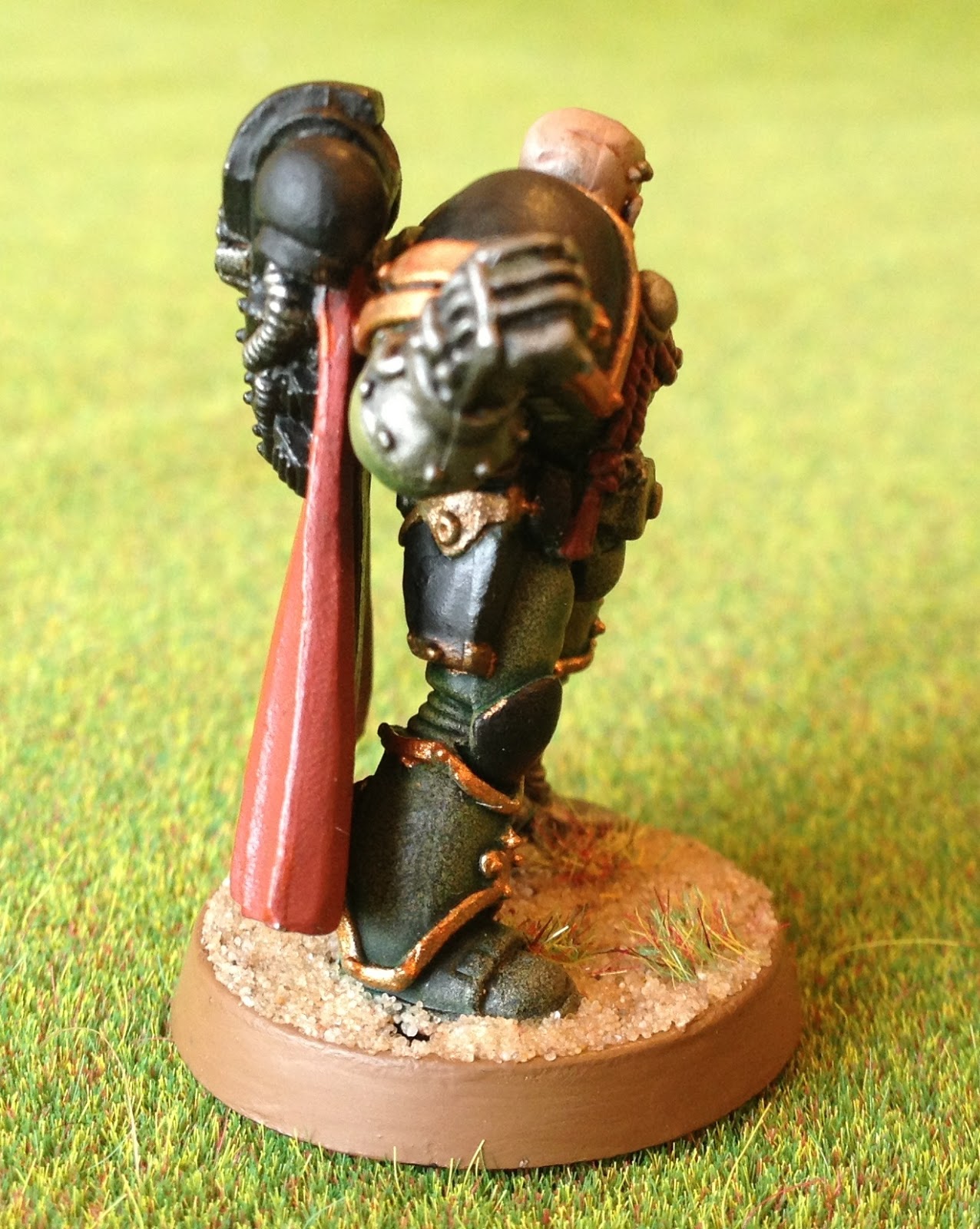 A note on Salamanders Skin Tone
I know that Salamanders are supposed to have a dark grey or black skin tone, but when I started my Salamanders army it was fifteen years since I had picked up a paintbrush and had no idea how to achieve a decent result, so I chickened out and gave my Sallies fair skin. If I started again I'd do it differently, but there you go.

A note on buying old rulebooks
Do not automatically assume that eBay is the best place to buy. I have seen books go for £50, £60 or £70 on eBay that can be bought immediately from independent booksellers through sites like Amazon for £25-£30. My copy of the 1991 compilation cost me £25 + modest postage and packaging and was in absolutely mint condition. 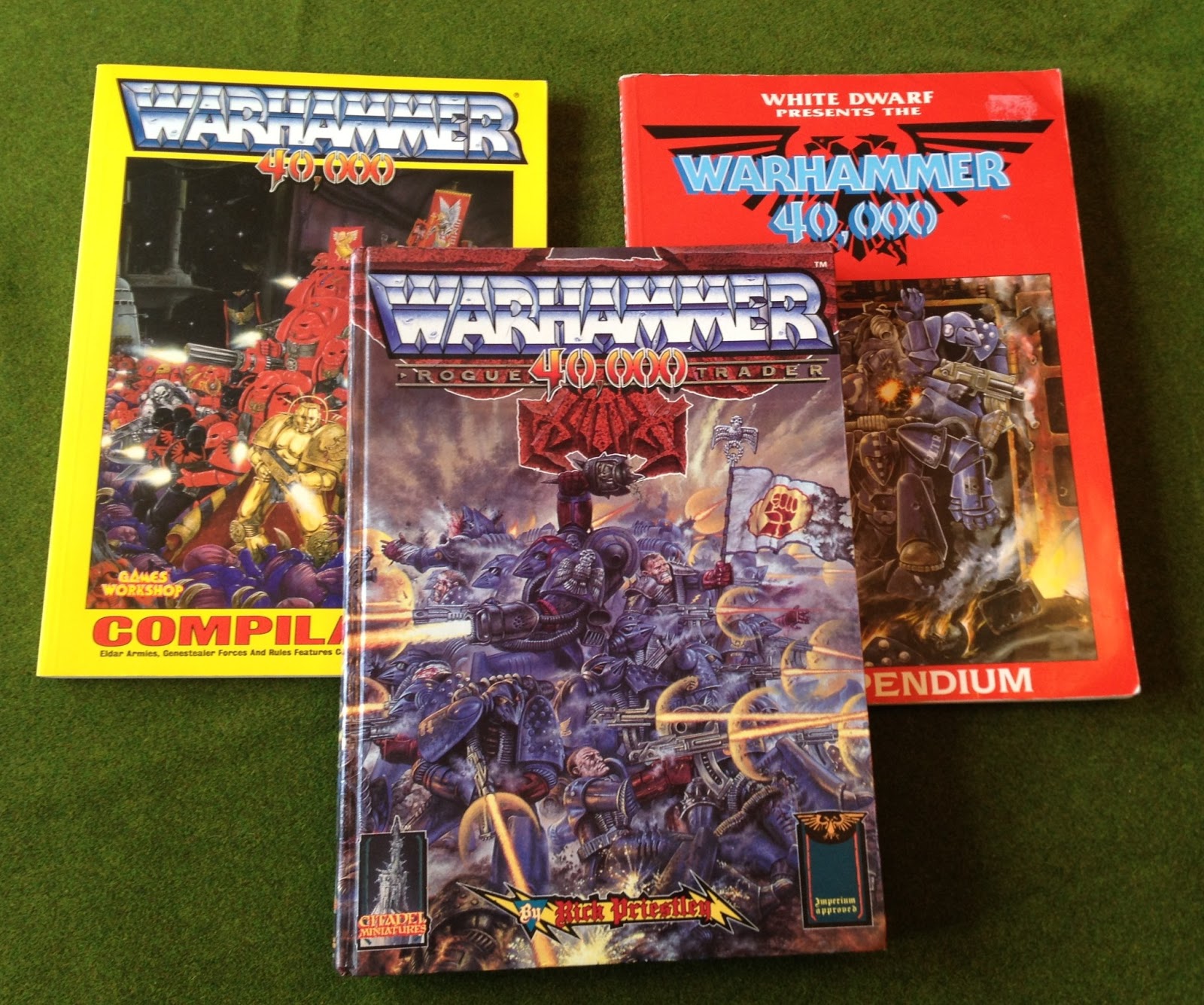 On the other hand, a savvy eBayer will find that some people don't list things carefully, and don't really know what they could expect to sell them for. I was lucky enough to get a hard-back copy of the main Rogue Trader rulebook including all the card cut-out pages for just £19 from a careless eBayer. I've seen tired old copies go for much, much more. My next target is 'Ere We Go which contains the rules for Orks in Rogue Trader, and I suppose could be considered to be the first ever codex... 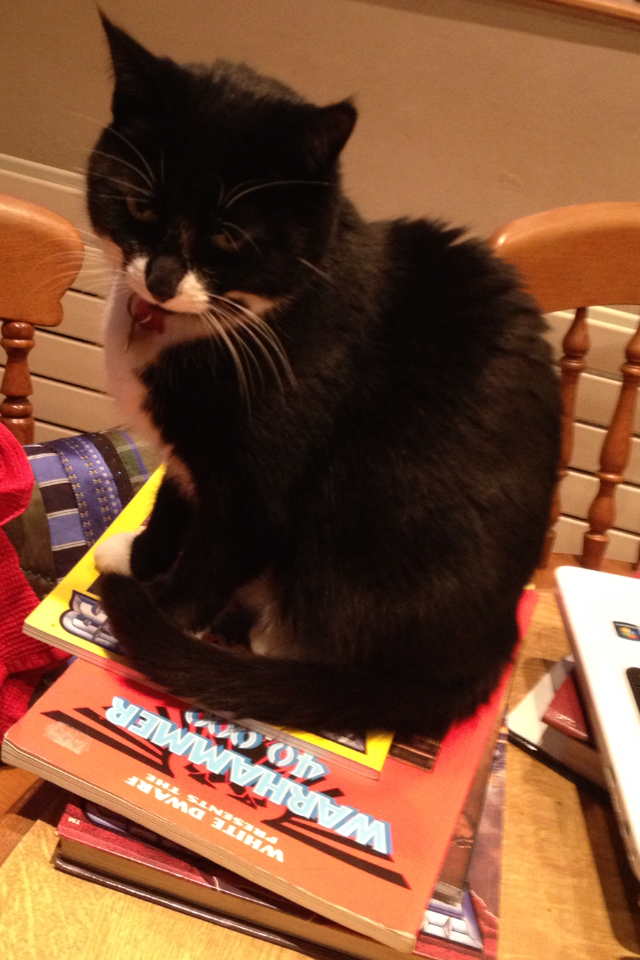 ...she also enjoyed playing with packaging a great deal. 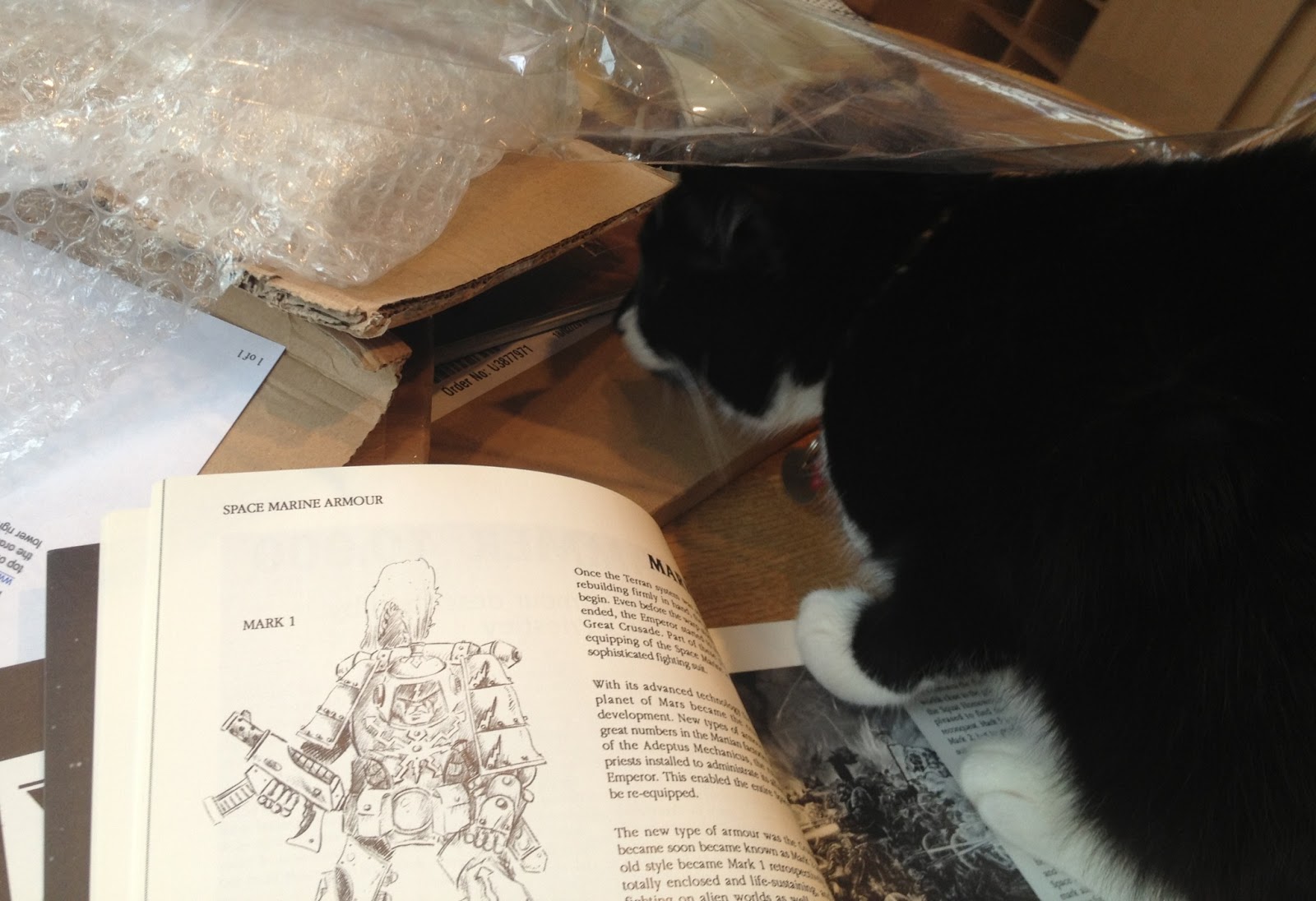 Posted by Danny Kastigaunt at 10:12