I have just finished painting this Terminator Captain. Although I never owned this particular mini in the early 90s, I remember the model well and always wished I had one. Twenty years later, eBay comes to the rescue. 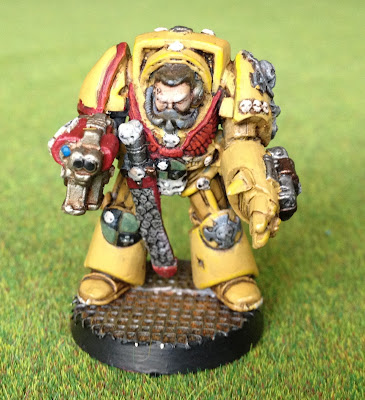 I had originally intended for this guy to go on a big base and become part of my Salamanders army, but I must have about a hundred green models so I decided to do something a bit different. I've also decided that old-style terminators belong on small bases. 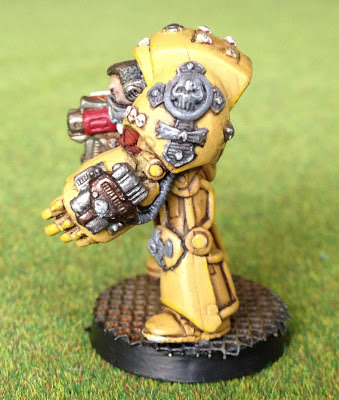 I used a yellow base coat for a Salamanders camouflage scheme that I tried recently, and it looked lovely until I painted nasty black markings on it, so I decided that an Imperial Fists model would be a fun project. 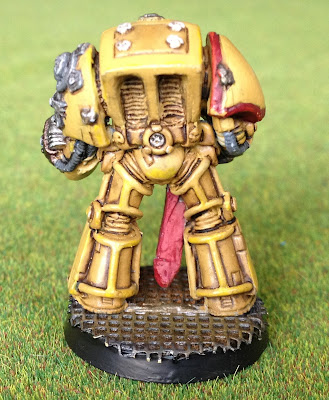 This is based around Iyanden Darksun from the old GW range. I would usually use a sepia wash into the recesses of a yellow scheme but I picked up a brown wash instead without really thinking... Although this wasn't what I'd originally planned, it actually worked very well. There is a really strong contrast between the recesses and the main armour colour which gives the model a very nice definition. 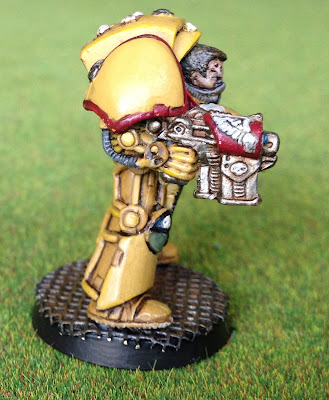 I have recently picked up a Citadel Warhammer 40,000 Basing Kit. Although the price was pretty eye-watering I was really pleased with the contents, and I decided to use some of the brass etch pieces to make a Space Hulk style base for this model. 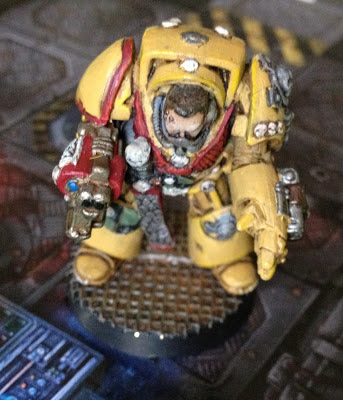 Here he is with a mate from the Rogue Trader era. My collection of old minis is gradually being painted up and I will of course be displaying them all here. 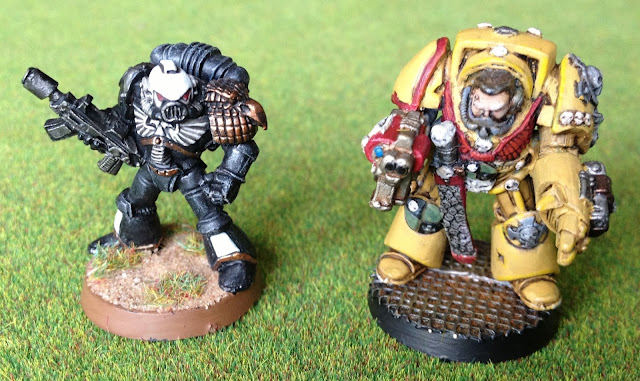 Here is a picture of 40k cat, as is tradition.

A quick look from tabletop level shows that the Orks have line of sight on 40k cat, but she will at least receive a cover save. In any case, she thinks that Toughness 94 will be enough to keep her safe.
Posted by Danny Kastigaunt at 10:57