Recently I painted a Rogue Trader era Terminator Captain, and gave him a Space Hulk style base. As soon as he was finished I decided that he needed an old style Genestealer to go with him. Several months later the bug has finally made it to the top of my painting queue and he's now finished. 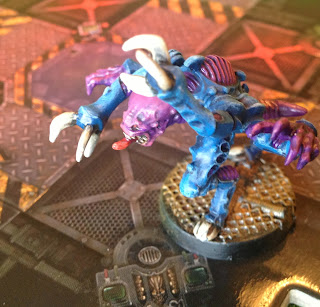 This model is loosely based on this Tale of Painters scheme, but I started my scheme with Vallejo Heavy Blue, mixing gradually more bone in there to build up highlights. There are a few touches of pure white on the carapace too. The pink bits are based on various mixtures of Vallejo Hexed Lichen and GW Pink Horror, with some violet wash. The final result was a bit darker than I really wanted, but still does a decent job of emulating the official Genestealer scheme of the time. 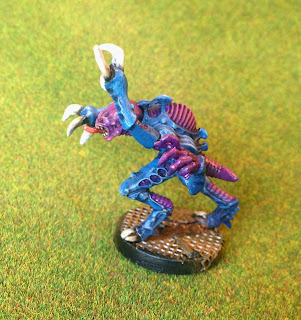 The base uses the brass etch pieces from the very nice, but very expensive Citadel 40k basing kit. Weathering powders are used for the rust effect. If I was doing a whole army like this I'd put my mind to finding a much cheaper way of achieving the same effect. 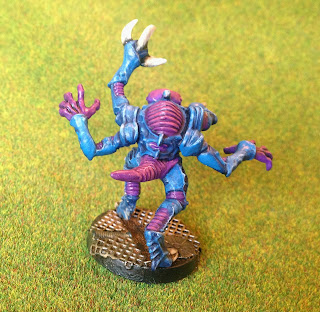 Here are the two models together. I am half tempted to construct a diorama background for them but I think I will resist. 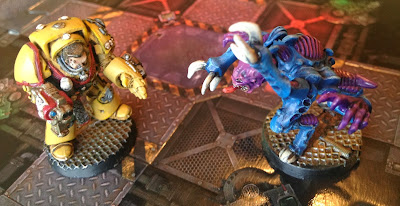 Posted by Danny Kastigaunt at 09:22