My gaming group has recently started playing a bit of Deadzone which is made by Mantic Games. It is quite good fun to play and uses the "exploding dice" mechanic which can be a lot of fun. I still think that Necromunda is my favourite skirmish game, but Deadzone has some really clever ideas in it and I can see it staying on our rotation. 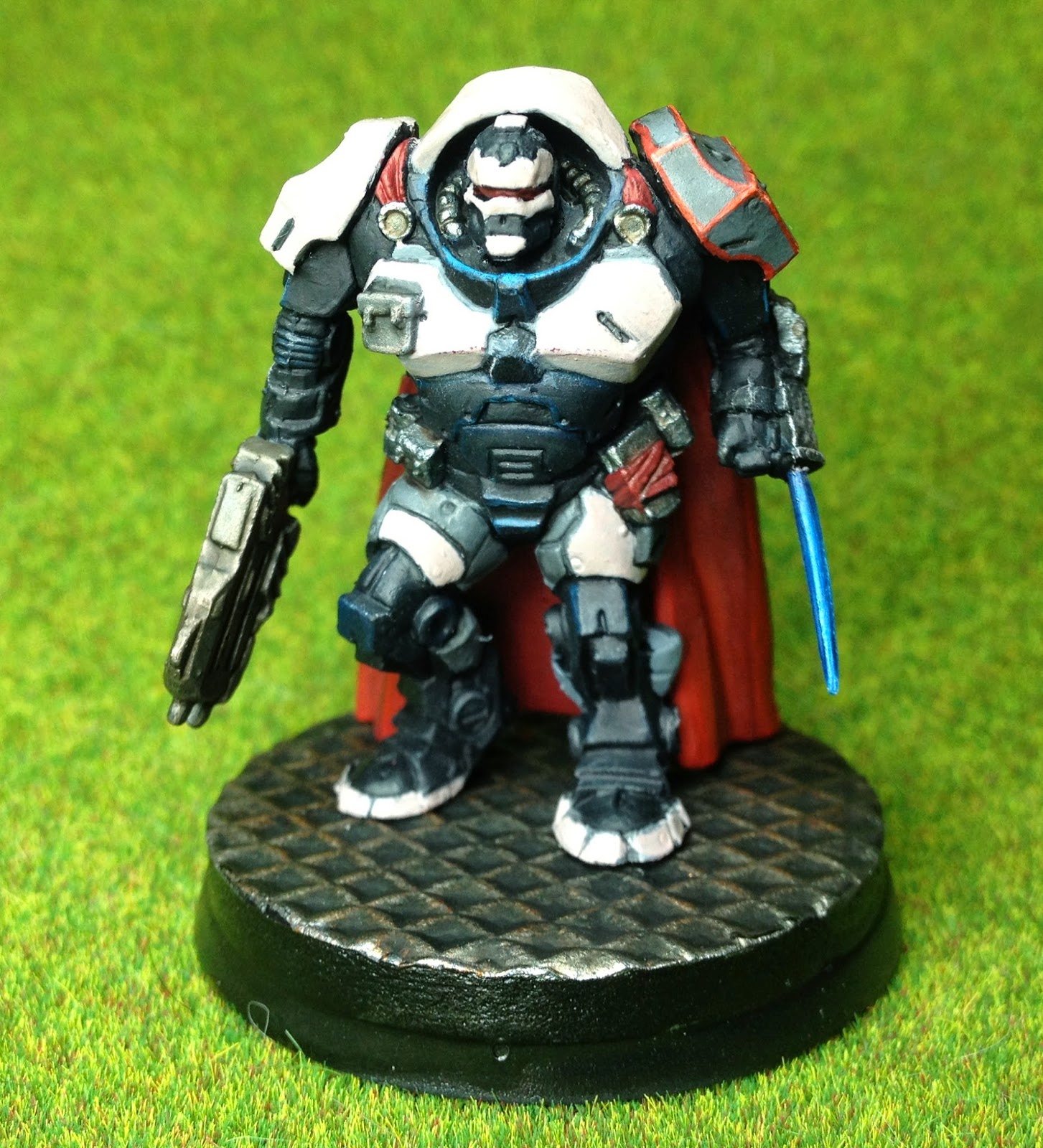 This is one of many minis belonging to Poot that I've painted for him. He asked me to have a go at the official scheme for Enforcers but I didn't get on with it very well and eventually decided to finish it off using a scheme I made up as I went along. 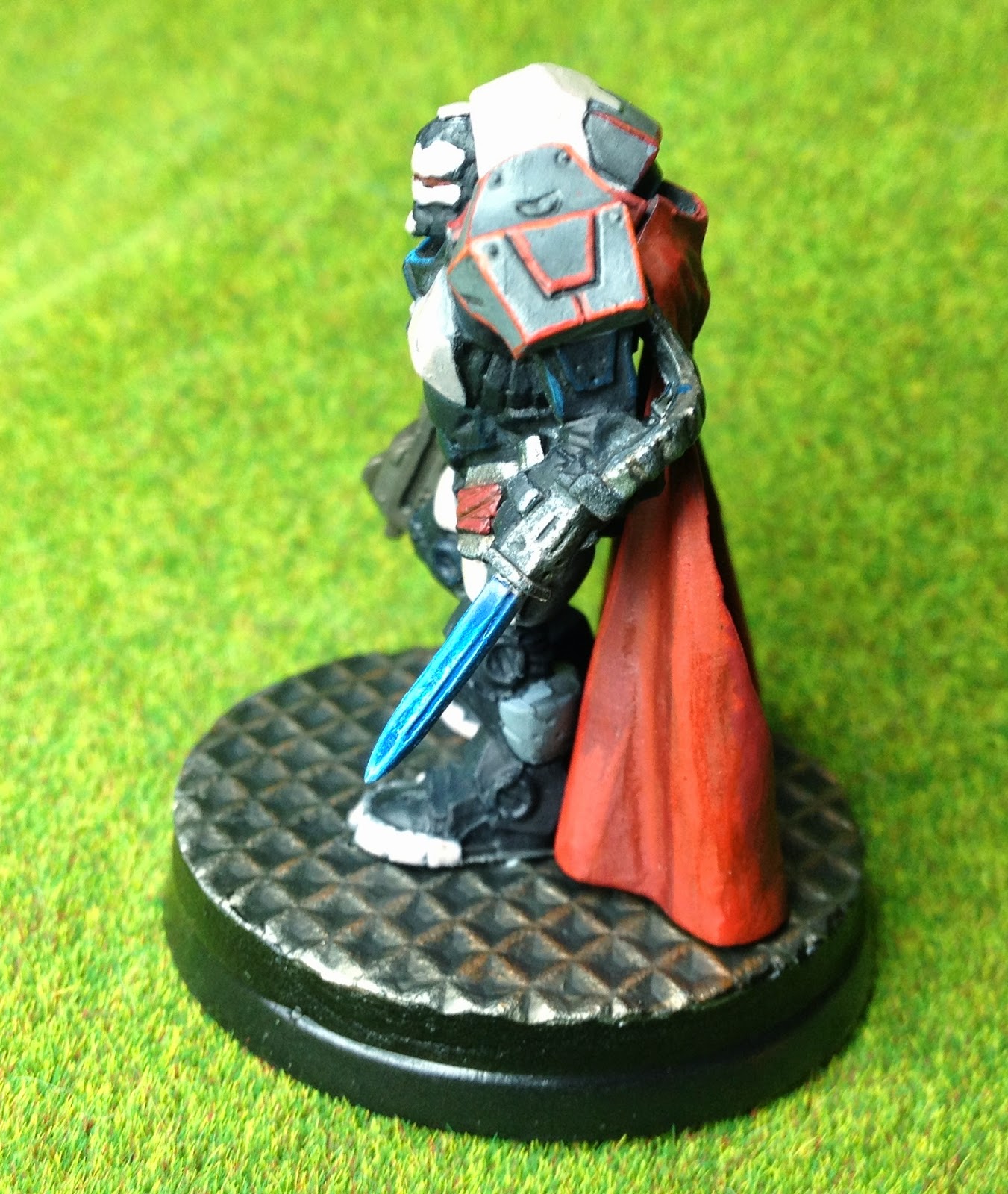 In all honesty I was not full of ideas for this mini... my only brainwave was to turn an adhesive pad into the textured base. It just happened to be exactly the riight diameter for the base which made life easy. Being made from foam it behaved a bit strangely when painted but was ok in then end. I wouldn't recommend using these for a whole squad though. 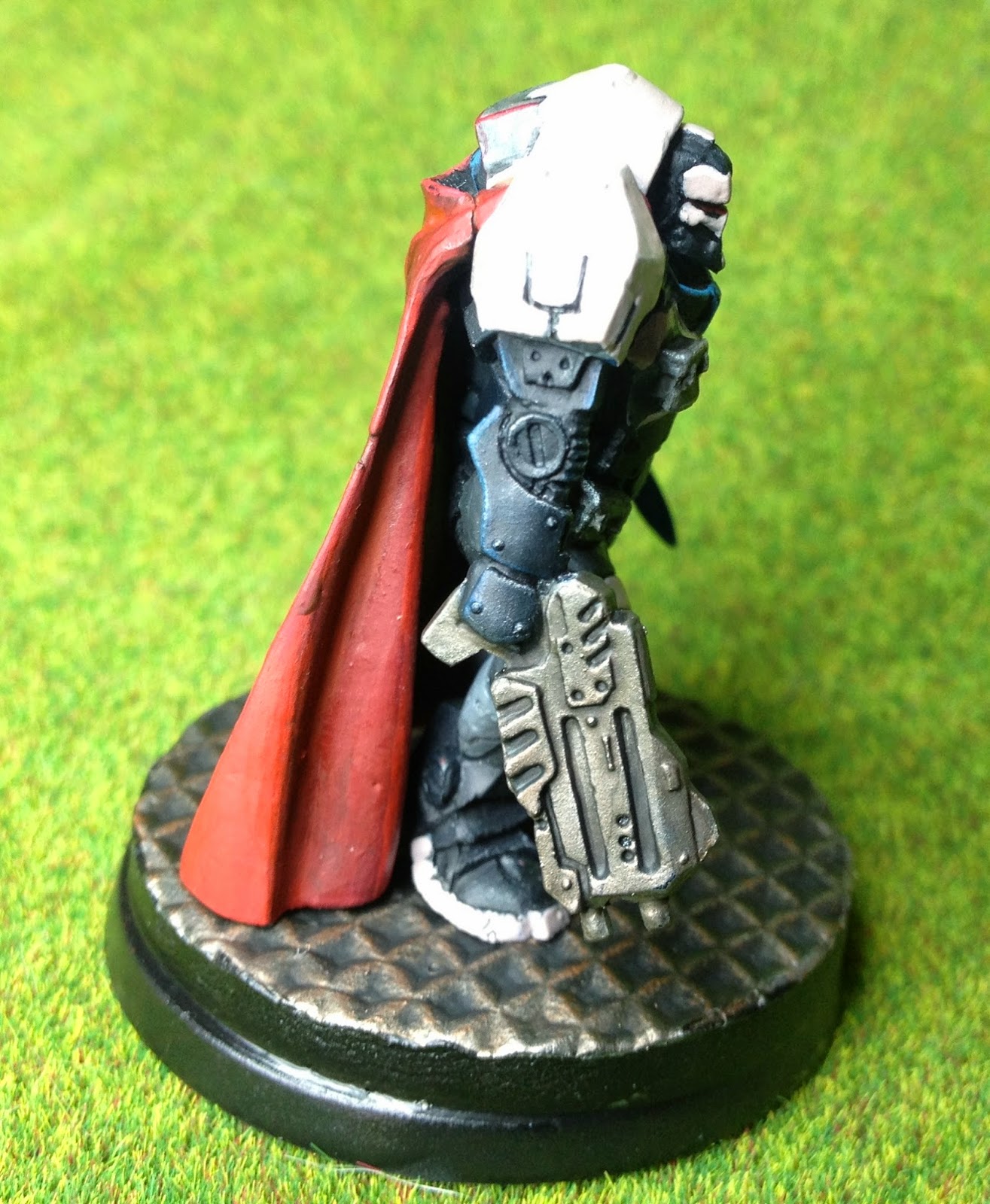 I opted for a gloss finish on the white armour which I couldn't get the camera to pick up at all! That's not necessarily a bad thing because it didn't work all that well. 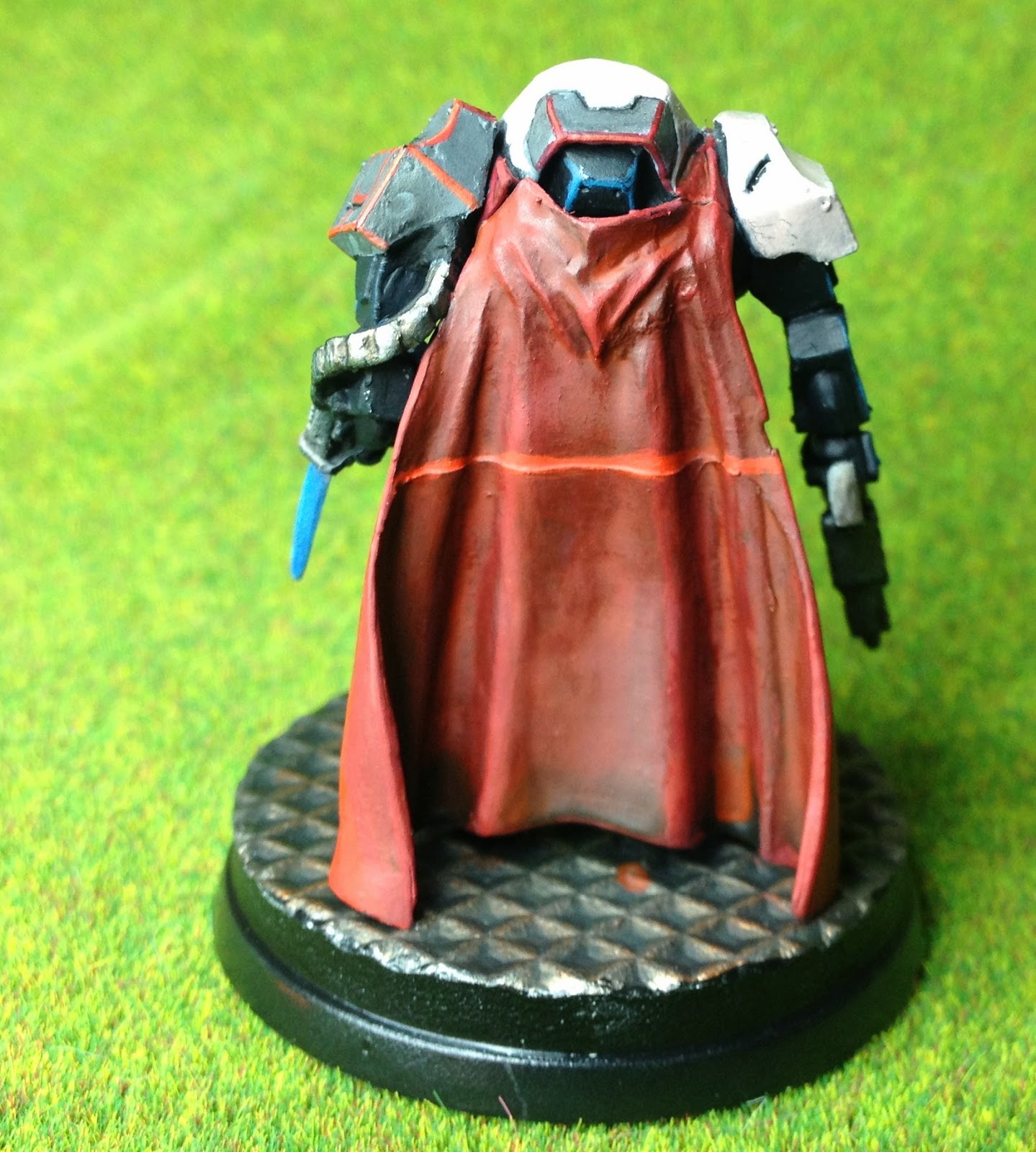 I didn't assemble this mini my self, so can't comment too much on the resin used on these minis. This cast does have a huge mould line across the cape which we decided was too large to do anything about. I tried to make it part of the scheme by turning into a marking on the cape but I didn't really get away with it unfortunately!
Posted by Danny Kastigaunt at 14:00

Email ThisBlogThis!Share to TwitterShare to FacebookShare to Pinterest
Labels: non-GW