Now that I had found a paint scheme for my Salamanders that I liked, and knew would work well with basic stuff like tactical marines, I needed to start applying it to some more interesting units.

I needed an HQ choice to get a legal army together, and a quick look at the marine codex showed that in smaller games, a librarian is great value at 100 points. I wasn't overly keen on any of the current librarian models, and I am a sucker for old fashioned metal minis, so I started trawling eBay. This is what I chose in the end: 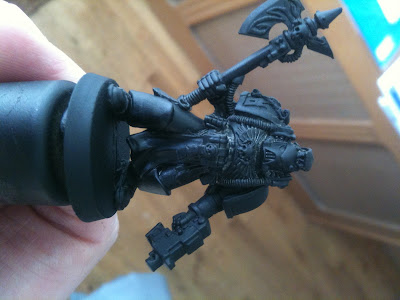 I set about painting him using the spray / wash technique, and the basic green armour works exactly the same is it would with any other marine. Then there are some extra details on this model that need some extra work, but can still be handled with really quick tabletop-standard techniques. 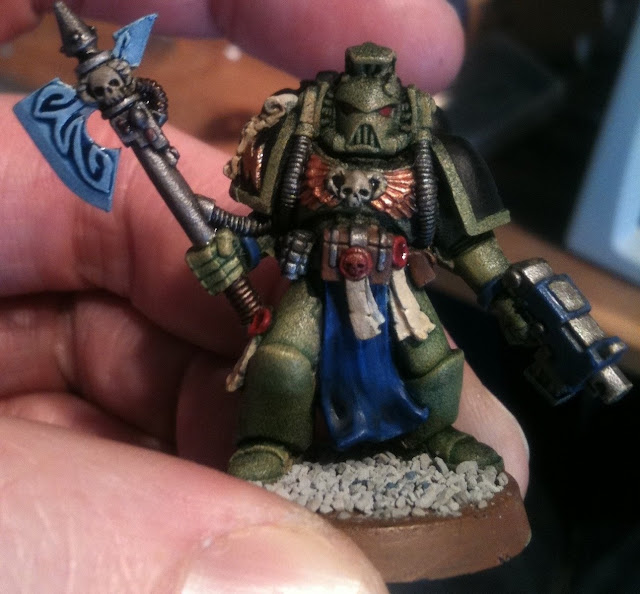 There are some extra details on the shoulder pad and chest that look good with bronze and bleached bone. Rather than highlighting these areas I use a sepia wash over the whole thing which adds plenty of depth for the model to look good in  a game. Also the power axe blade is really quick to do - just a basecoat of GW Astronomicon Grey and then a heavy blue wash.

Until I saw the recent post on From The Warp I had no idea that space marine librarians should be blue. That was one bit of fluff that had completely passed me by. I just assumed that all the librarian models I saw were Ultramarines!

Once I found out I hastily gave this guy a blue loincloth and and blue casing for his bolter... for my purposes this will just have to do. Actually I think his pose and psychic hood make him pretty recognisable as a "libby" and he's done a sterling job of frustrating enemy pyskers on the battlefield. Not bad for £3!

Update: Here's a better picture which I took more recently... 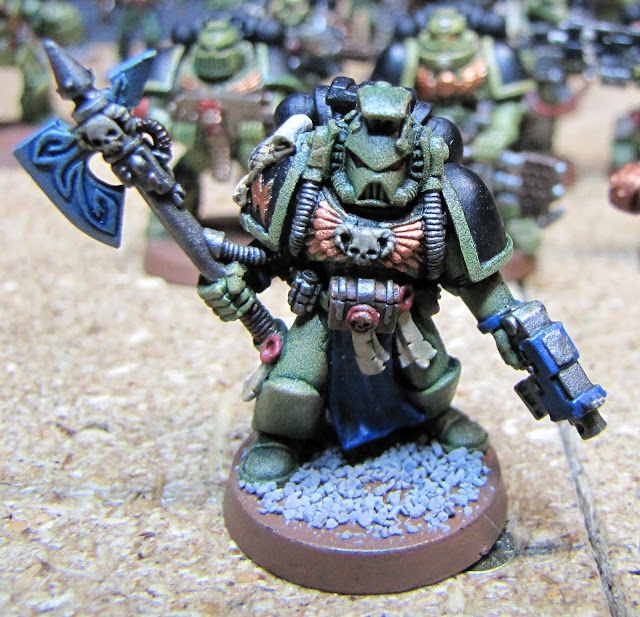 Posted by Danny Kastigaunt at 13:47