I am currently away on my holidays so to keep things ticking over I thought I'd jot down some observations on the new edition of 40k. HEALTH WARNING: I've only played a couple of games and these are my casual observations based on those. If you want proper rules analysis read 3++ or something! 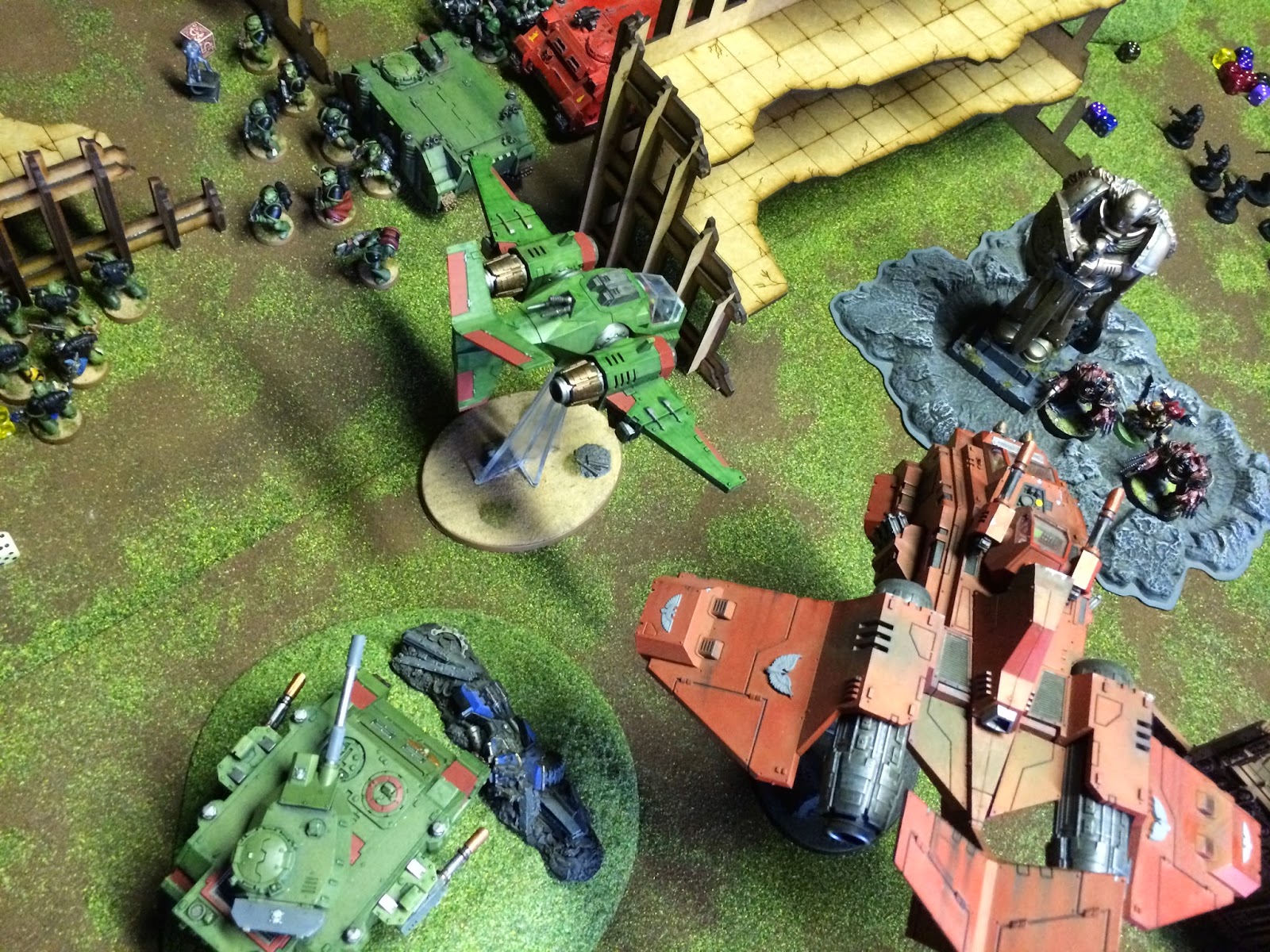 The Psychic Phase
The way that the new psychic phase involves both players, and requires each of them to consider carefully how many dice to use for or against each power. The fact that the FAQs remove all the default powers from Blood Angels, Grey Knights and Space Wolves must be pretty frustrating for those players, but this is a temporary arrangement and we should bear with GW on this one.

Maelstrom of War
Random missions are entertaining but can make for a game that doesn't make a great deal of sense. For example, after two turns of careful consolidation of my board position I suddenly need to start issuing challenges to score points when I am playing a shooting army that is awful in close combat. This doesn't really feel like tactical wargaming to me. I accept completely that some people say that if you want to play a strategic, coherent wargame you should steer well clear of 40k! However, I am going to carry on playing 40k, and I will take some convincing about Maelstrom of War.

Split Rulebook
Splitting the rulebooks is a really good idea. I don't need to flick through 100 pages of fluff to check the exact wording of a USR. I still think that GW has a lot of work to do in the design of its rulebooks. The codexes are pretty, but using them to write an army list is not much fun with the information you need split over several different sections in different parts of the book.
Jink
I really like the new jink rule. It forces you to make a tactical decision about whether to jink before you get to see how much pain is coming the way of your unit, and snap firing in the following turn means that there are very real consequences to your decision. Your reward is a very useful 4+ cover save, which can get even better when stacked - Tau disruption pods for example. A nice bit of game design in my opinion.

Vehicles
The new damage table means that vehicles are going to be featuring more heavily I think. They've become tougher to stop and I think that's a good thing. Towards the end of 5th edition there was a lot of anti-mech snobbery. "40K IZ JUST MAREENZ IN METAL BOXIZ!" shouted the internet. People were sick of razorback MSU type lists I suppose, but I think infantry piling out of transports into combat is great fun and I look forward to mechanised lists coming back into fashion. 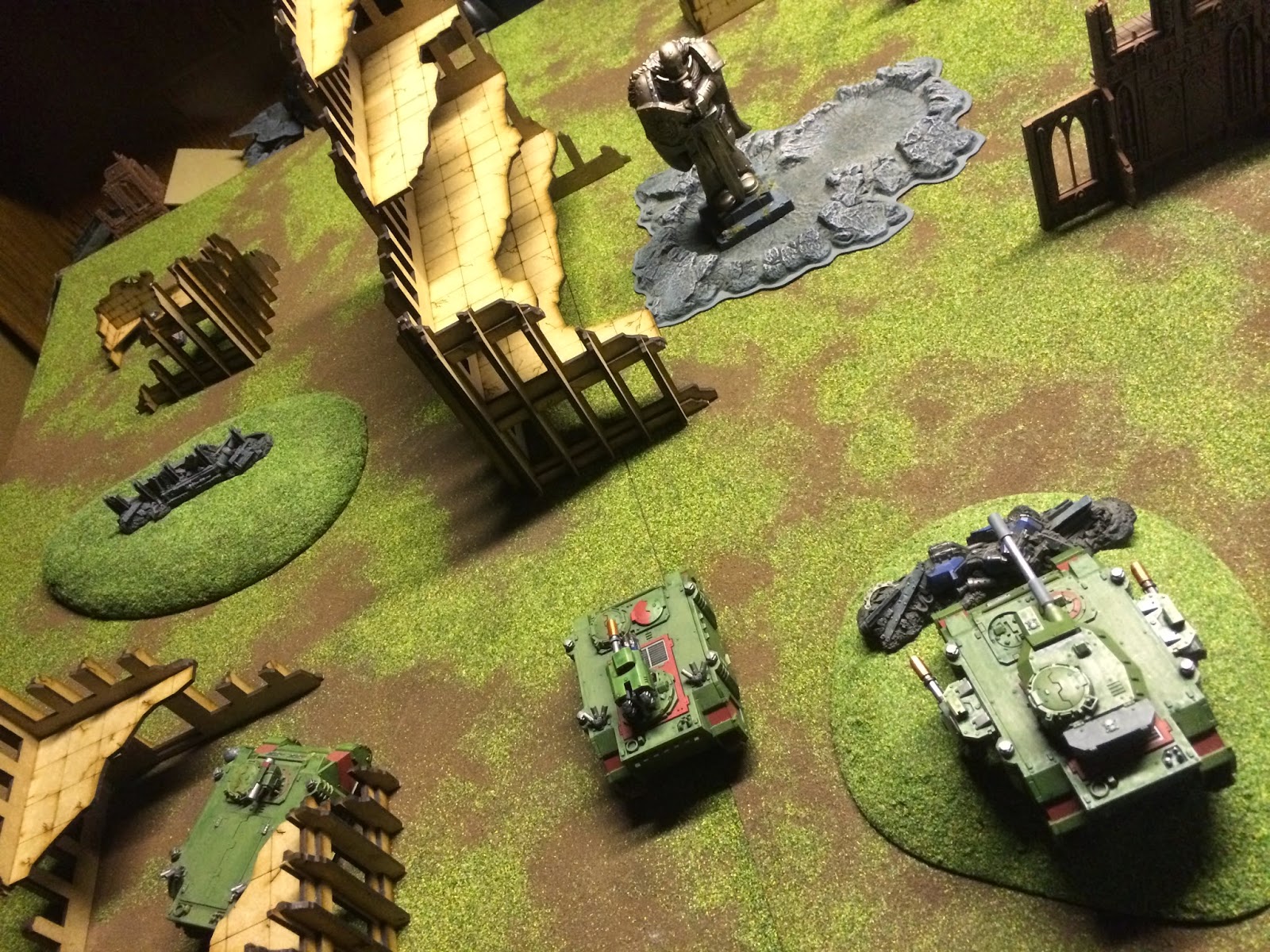 Heavy Weapon Choices
Now that only AP1 and 2 weapons can one-shot vehicles, they are going to become more important. Melta is back! Yes! I love melta because I play Salamanders, and the 2D6 armour penetration mechanic is very satisfying, especially when you roll something ridiculous like 19 or 20 against AV13. Bang! Lascannons will also become more in demand and I have lots of those, too. Happy times!

Well that'll do for now. As I say, these are just my first impressions and proper analysis is available from people who play a great deal more than me and understands these things better. I will be back to hobby posts next week when I am back from Wales. 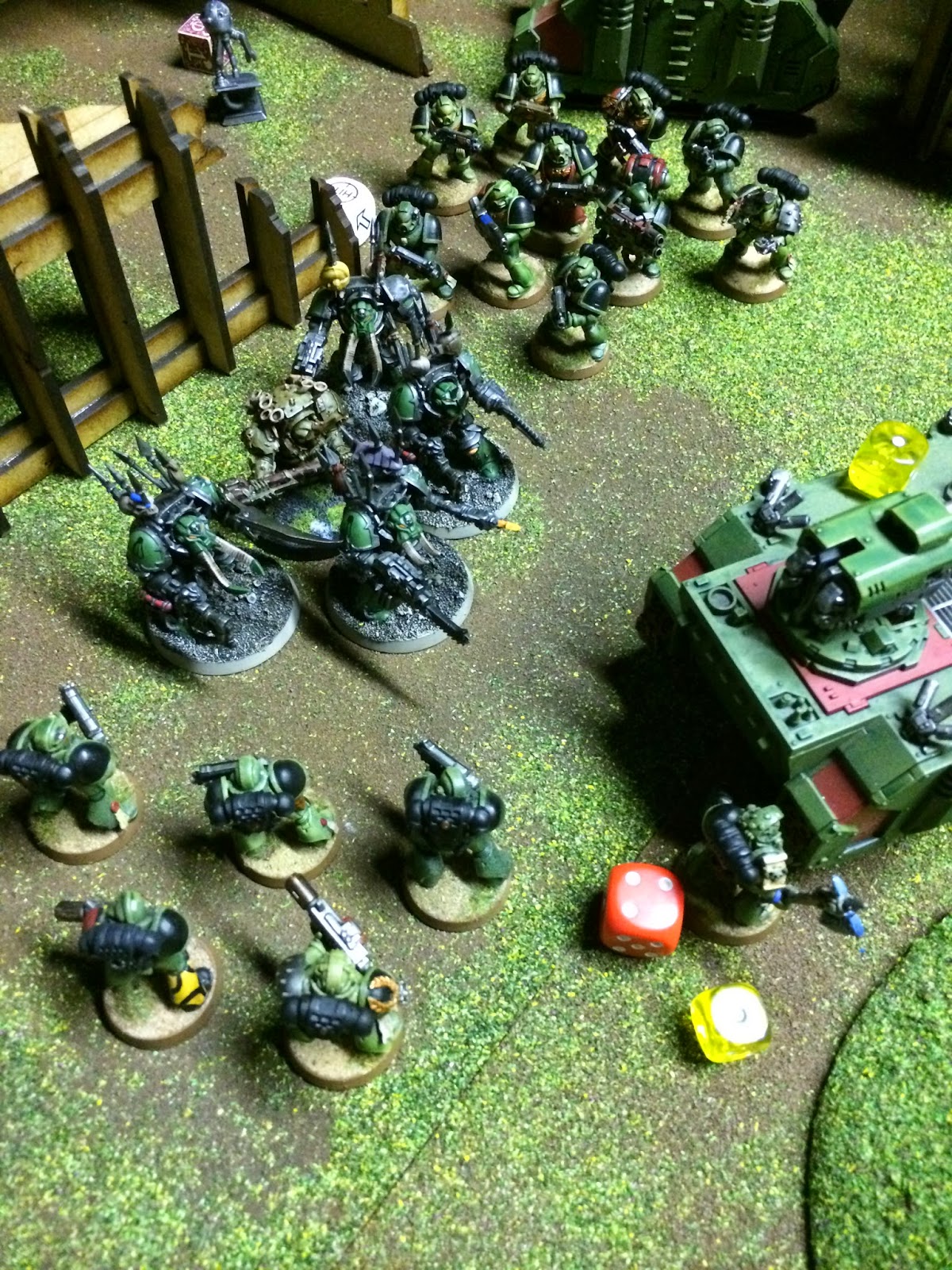