"Mentor Legion" Test Mini, and a Recipe for White Armour

I have been planning to paint some Mentor Legion for a long time... not an army or even a whole squad, but I've had a few minis set aside that I thought would look good in those colours. Like a lot of people, it is the picture from  a late 80s White Dwarf of the Mentor Legion commander having his armour put on by the Adeptus Mechanicus that captured my imagination... hence the rather tenuous Rogue Trader tag on this post. 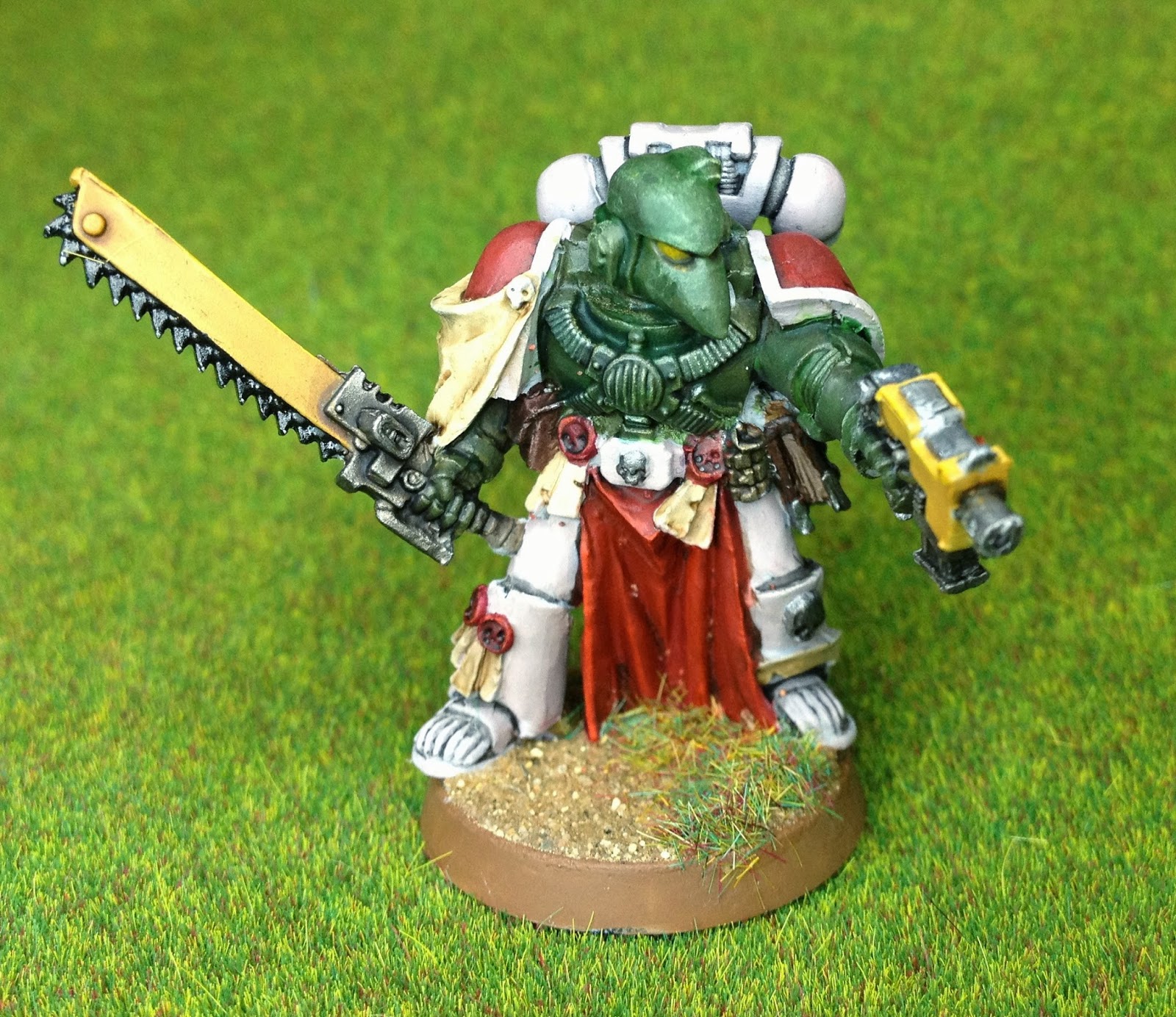 I've put Mentor Legion in quotation marks because I made a bit of a mistake and got the basics of the colour scheme wrong! He should have white arms, and I don't think that the red shoulder pads are particularly appropriate either... 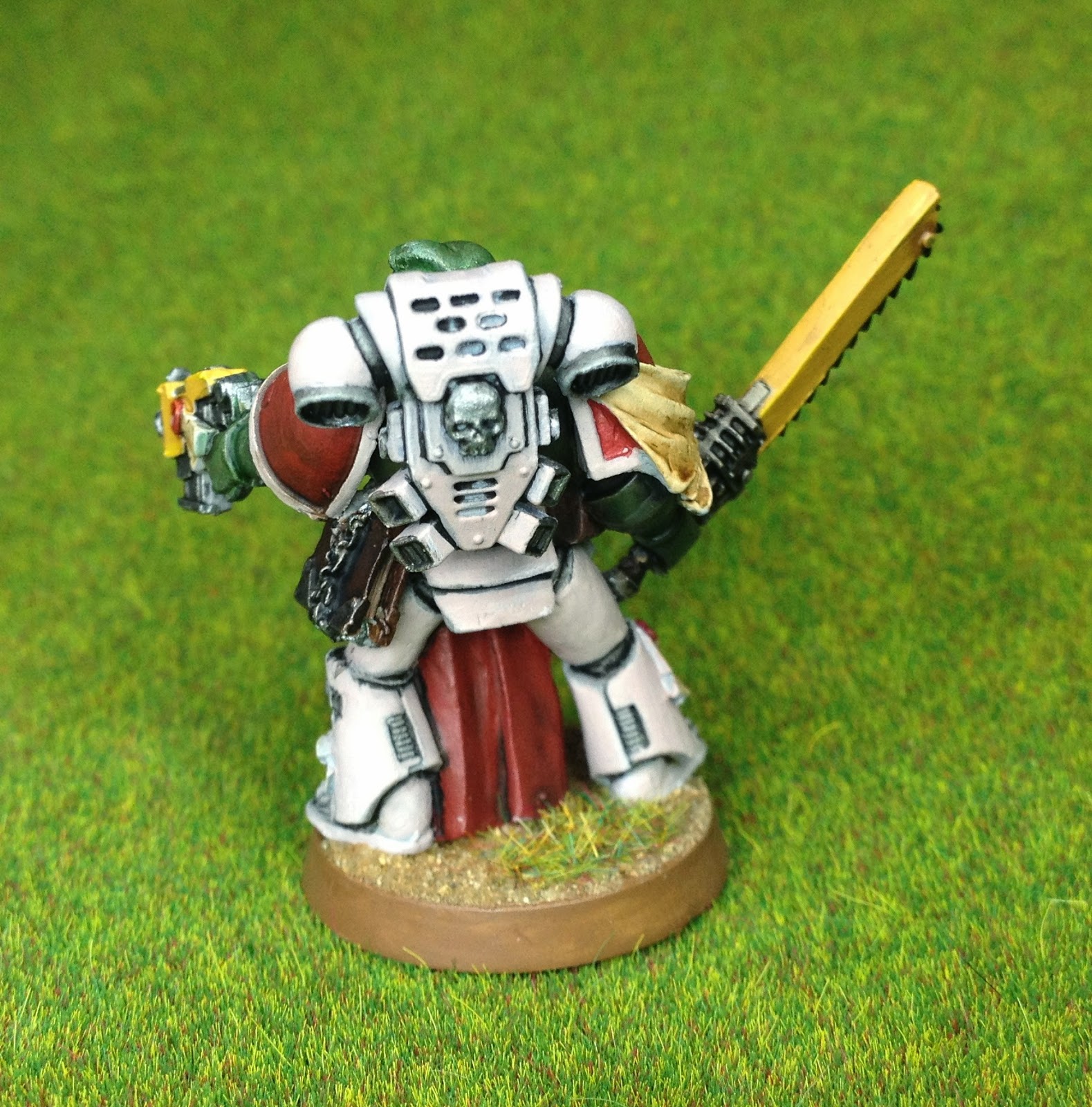 Despite not being overly pleased with this mini it has been well worth doing. It has given me a chance to practice painting white armour which is notoriously tricky. I built the armour up as follows:


This was my first go at this recipe and the results are promising if not quite there yet. The Heavy Warmgrey actually has quite a lot of red content to it, so the mini is quite a lot pinker than you'd really want it. Substituting this for Citadel Rakarth Flesh, or adding in an extra layer with more white added to it would improve this. 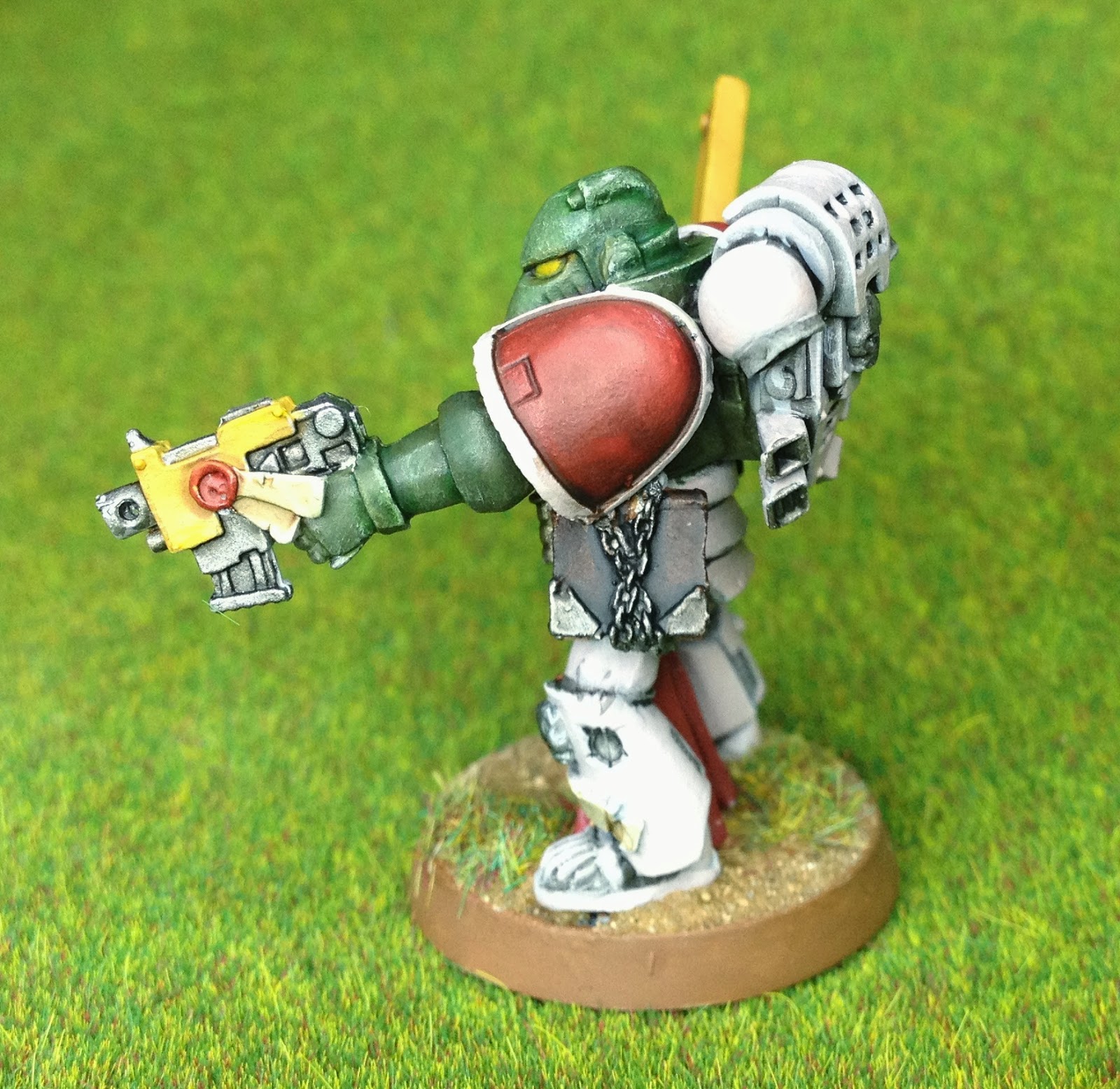 I also found that working from a grey undercoat was good for the white parts, but wasn't ideal for the reds which ended up a bit tired-looking. This scheme could be modified by painting the Warmgrey onto a black undercoat. It is plenty strong enough to go over the black, and the black could left in the recesess instead of using the wash... When I have improved my white armour scheme a bit I may do a proper step by step photo tutorial. 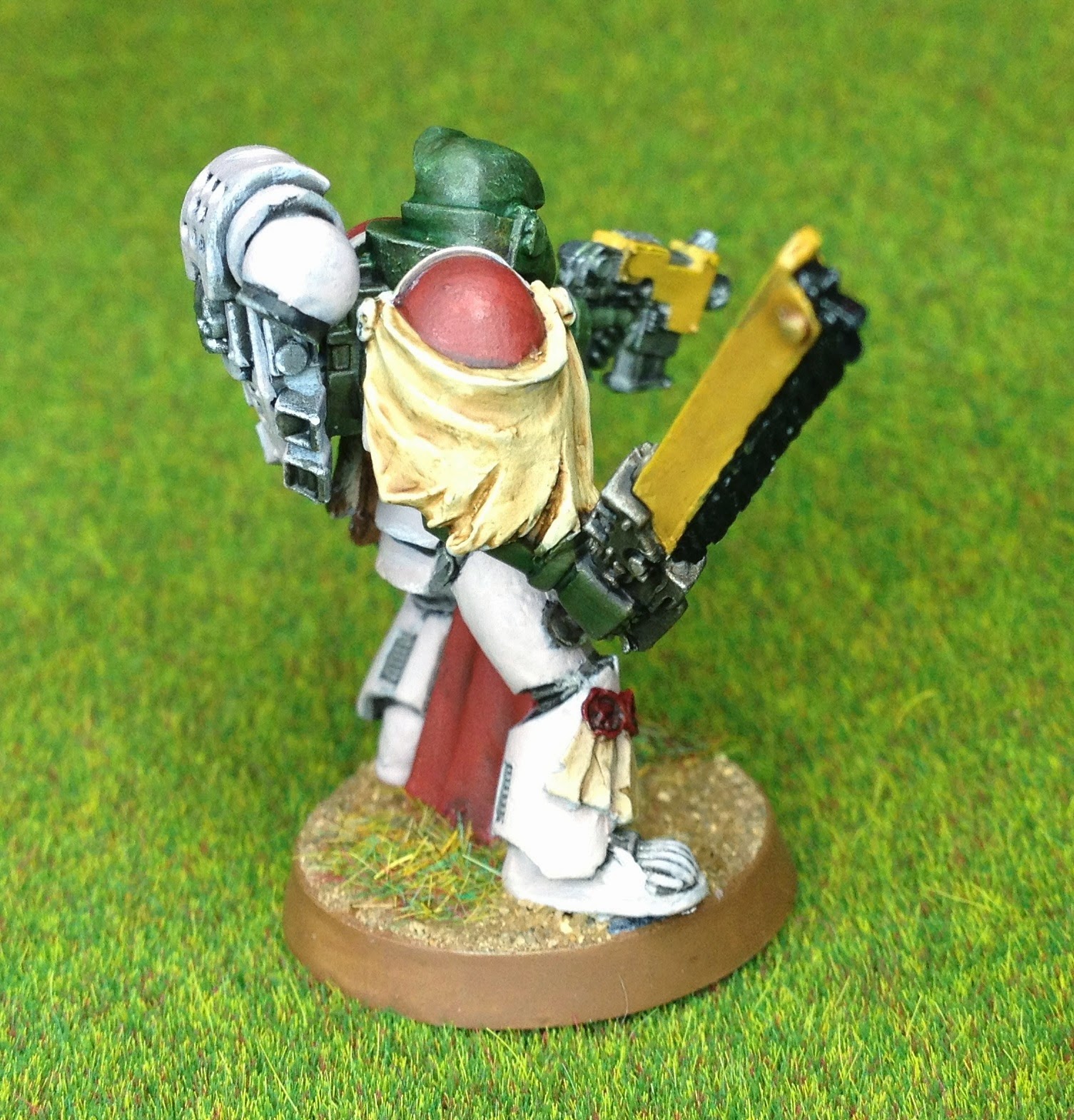 The black teeth on the chainsword were inspired by the "Teeth of Terra" that features in the new marine codex which is supposed to have obsidian teeth. I used Vallejo Black followed by GW 'ardcoat (gloss varnish).
Posted by Danny Kastigaunt at 14:00