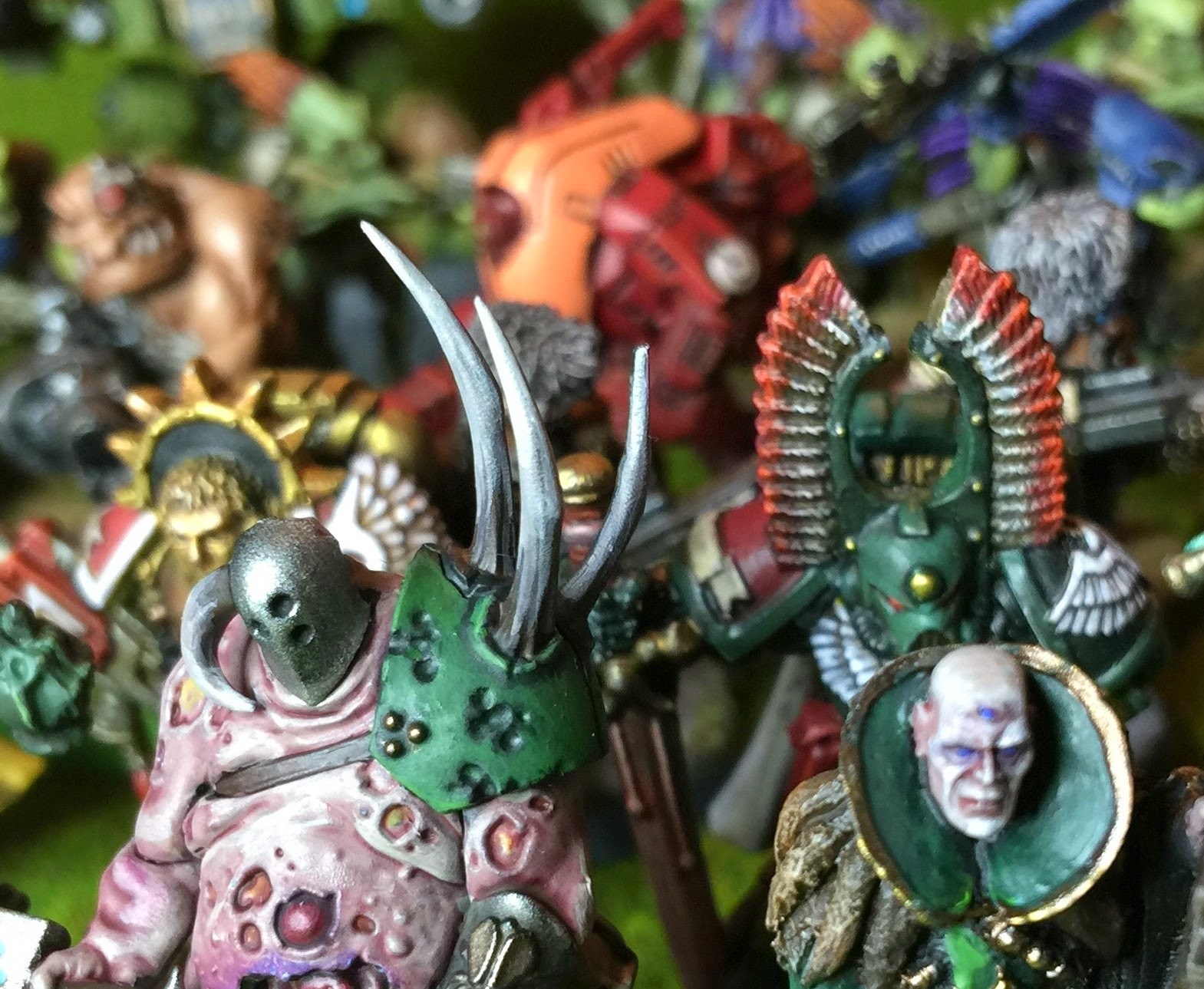 This time last year I put all the minis I'd painted during 2013 on my table for a group shot. I decided that it was worth doing again for 2014 as I'd completed about 50 minis.  It is pretty much impossible to get a decent shot of everything at once so I've shot this from a couple of angles. Below each picture is a link to the blog posts about the minis in that shot. 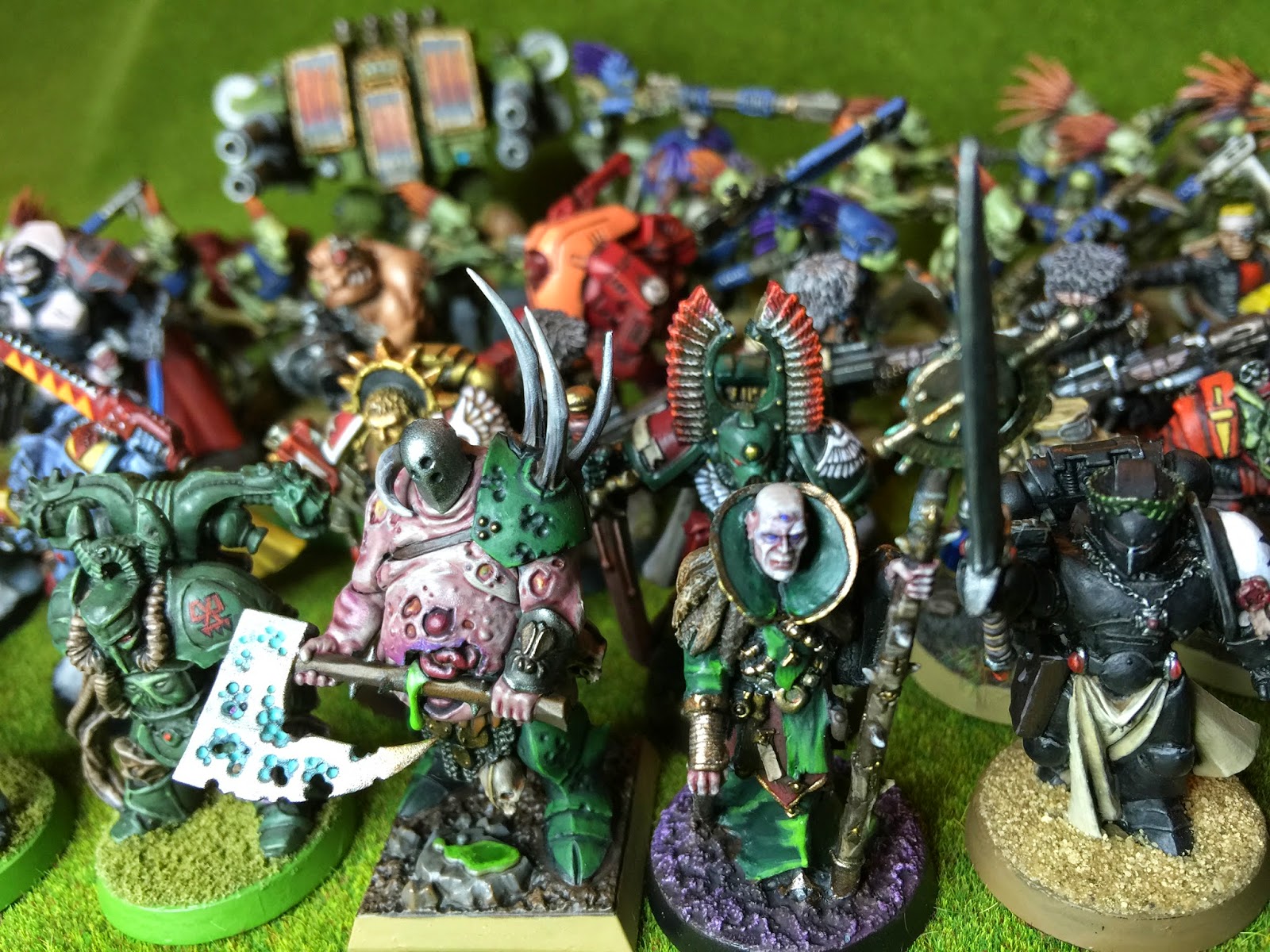 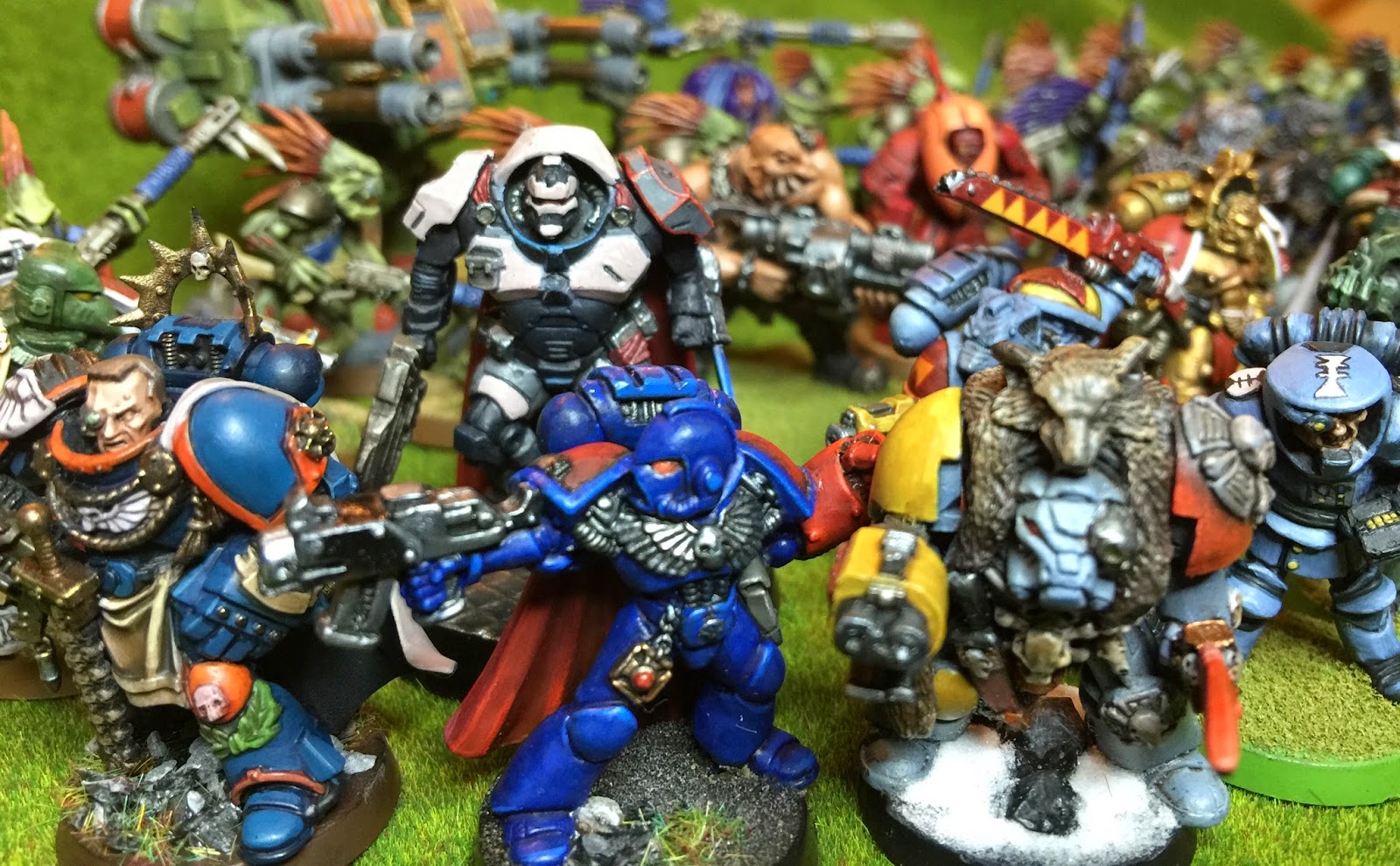 Some of the models that I completed this year are missing from this group shot for various reasons:

The Ork Painboy and Grukk Facerippa are both on display in our local Games Workshop. I'd quite like to get Grukk back and photograph him properly, but I really enjoy having him on display so he's staying where he is for now. 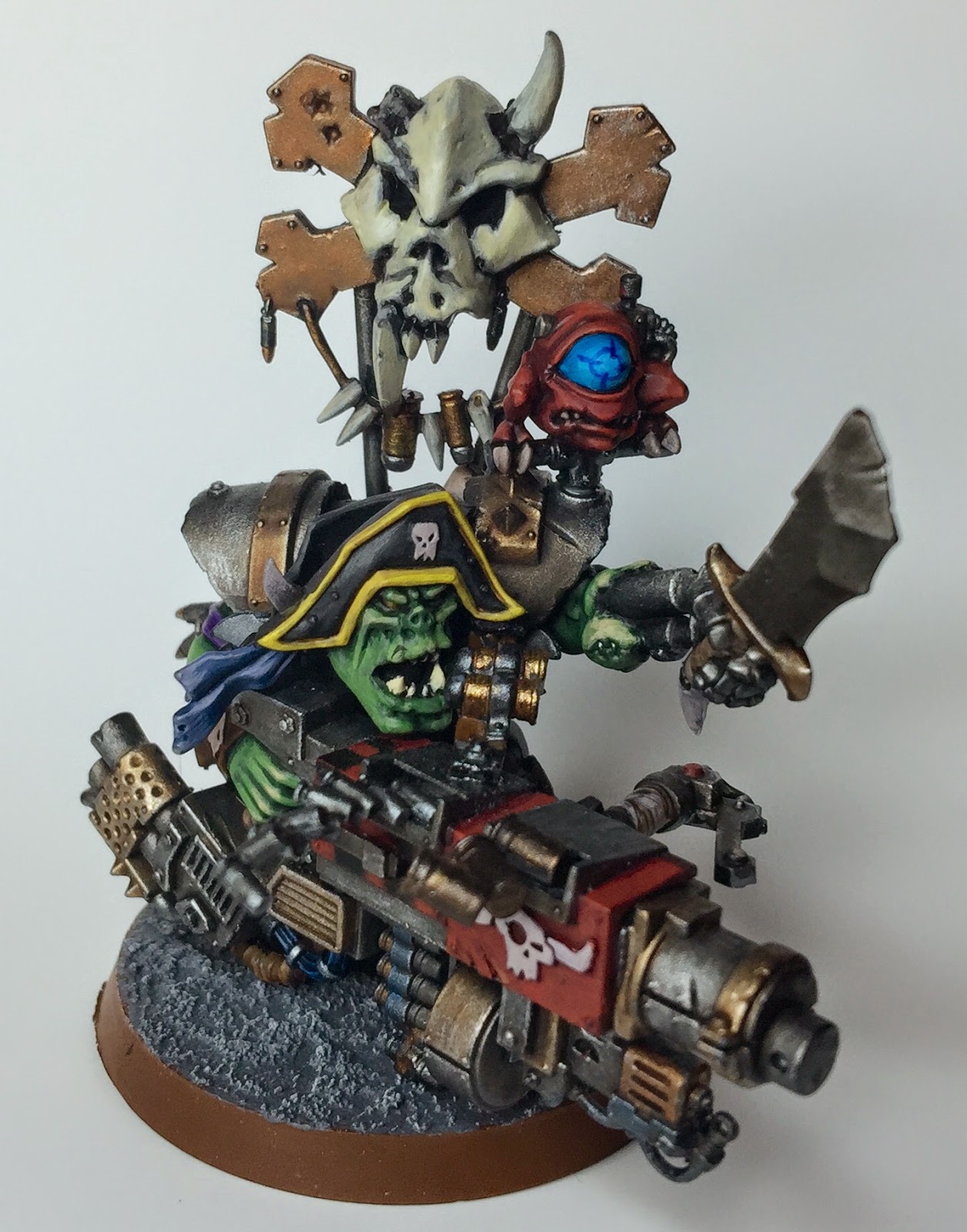 This Flash Git was actually on the table when the group shot was taken but ended up being missed out of the shot! 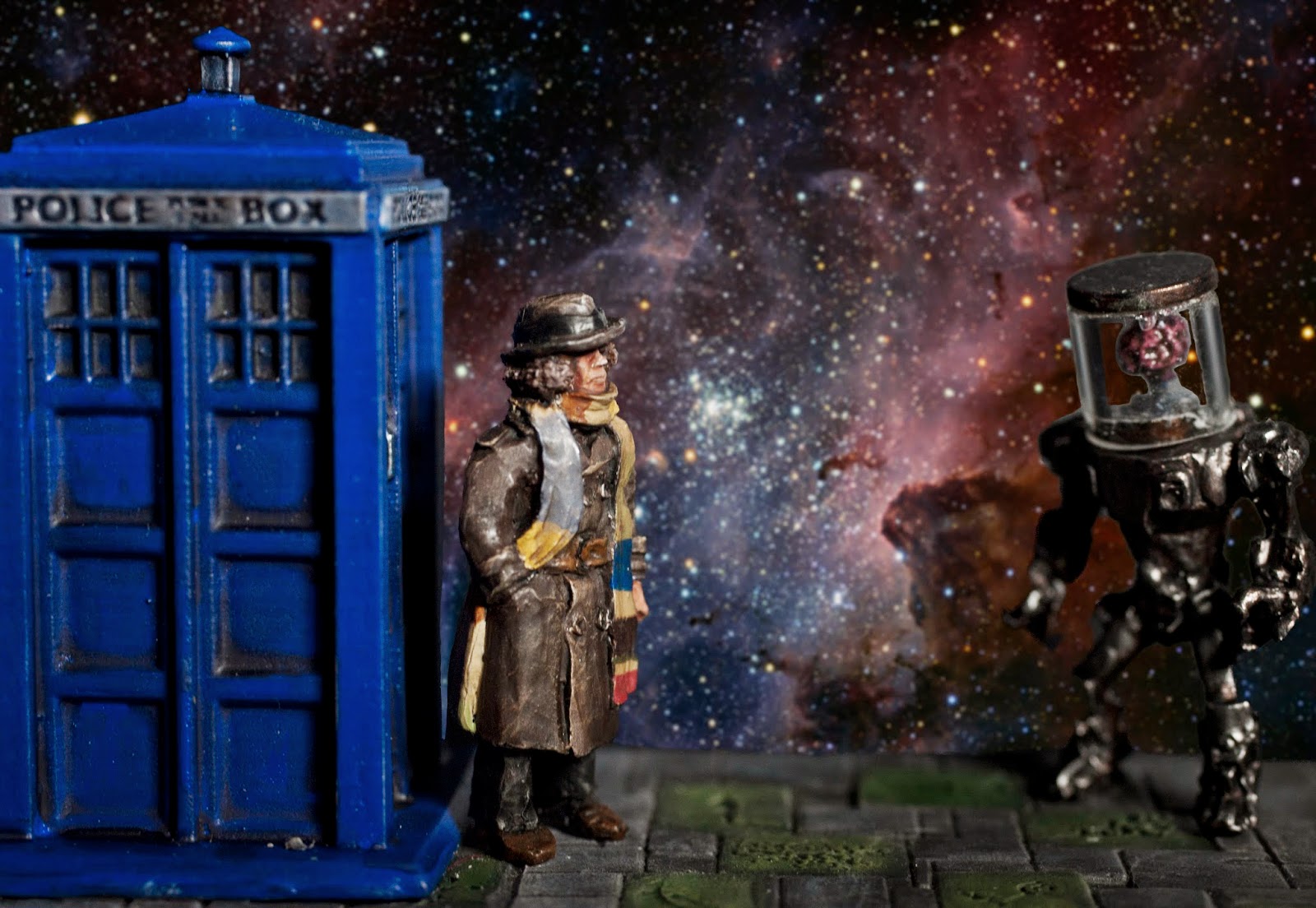 Finally, the Brain of Morbius diorama which is on display at my brother's. Overall it was a fun year of painting, with my focus changing from army painting to single miniatures and trying to improve my technique as much as possible. Although I didn't get anywhere near the 100 minis that I finished last year, I did hit 50 which is about one a week. I think the same again is probably a good target for 2015.

Posted by Danny Kastigaunt at 13:00