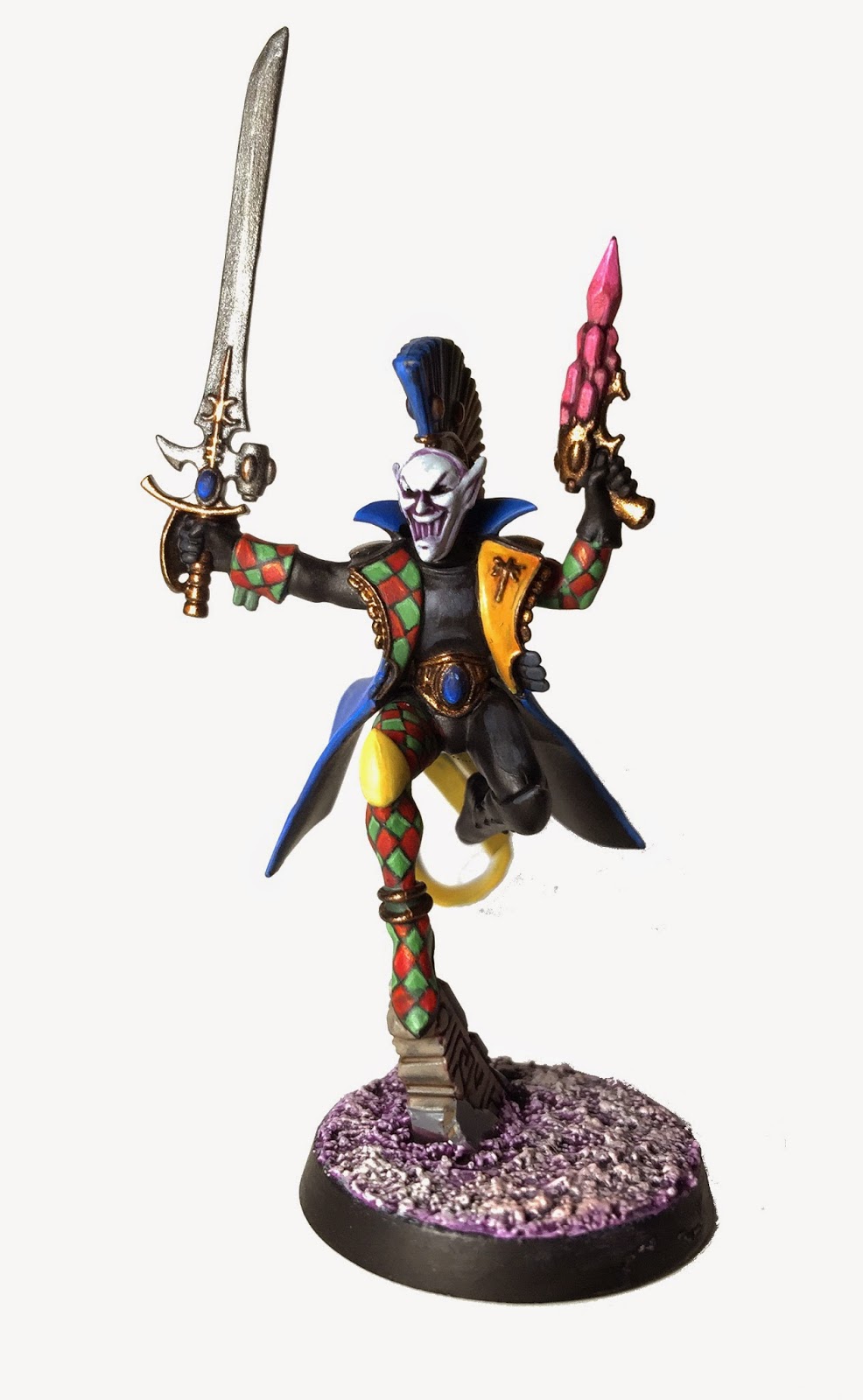 Originally I said that I wasn't brave enough to attempt diamond checks, but I have been practising my freehand for the last year and in the end I got the nerve together to give it a go. In the end I didn't find it anywhere near as difficult as I was expecting, although it is rather time consuming. 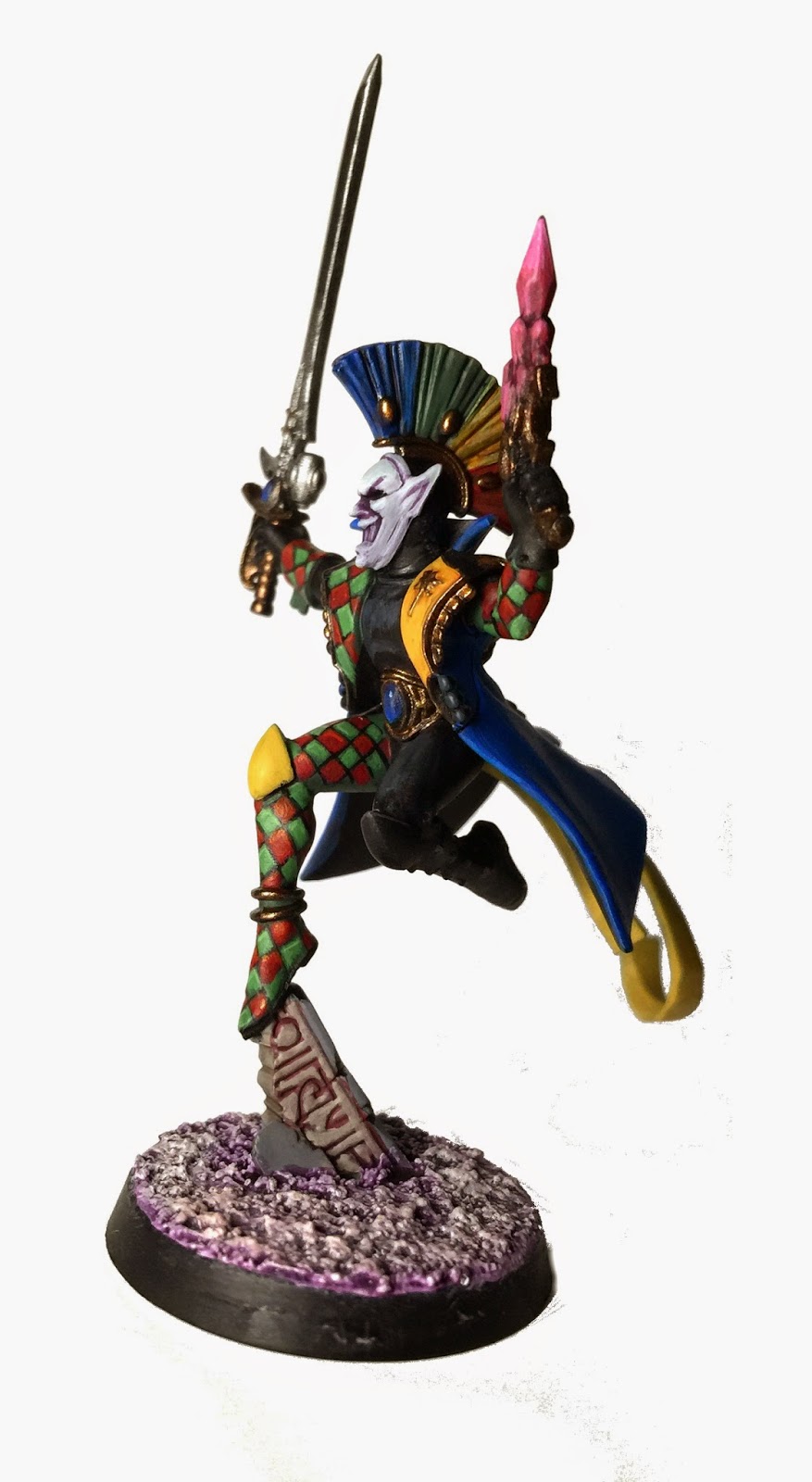 This mini isn't entirely finished. Our local GW is running a Harlequin painting competition at the end of the month, so I am going to add some more freehand to him before he goes in, but this is about the standard I am aiming for with the bulk of the stuff that I am planning to paint. 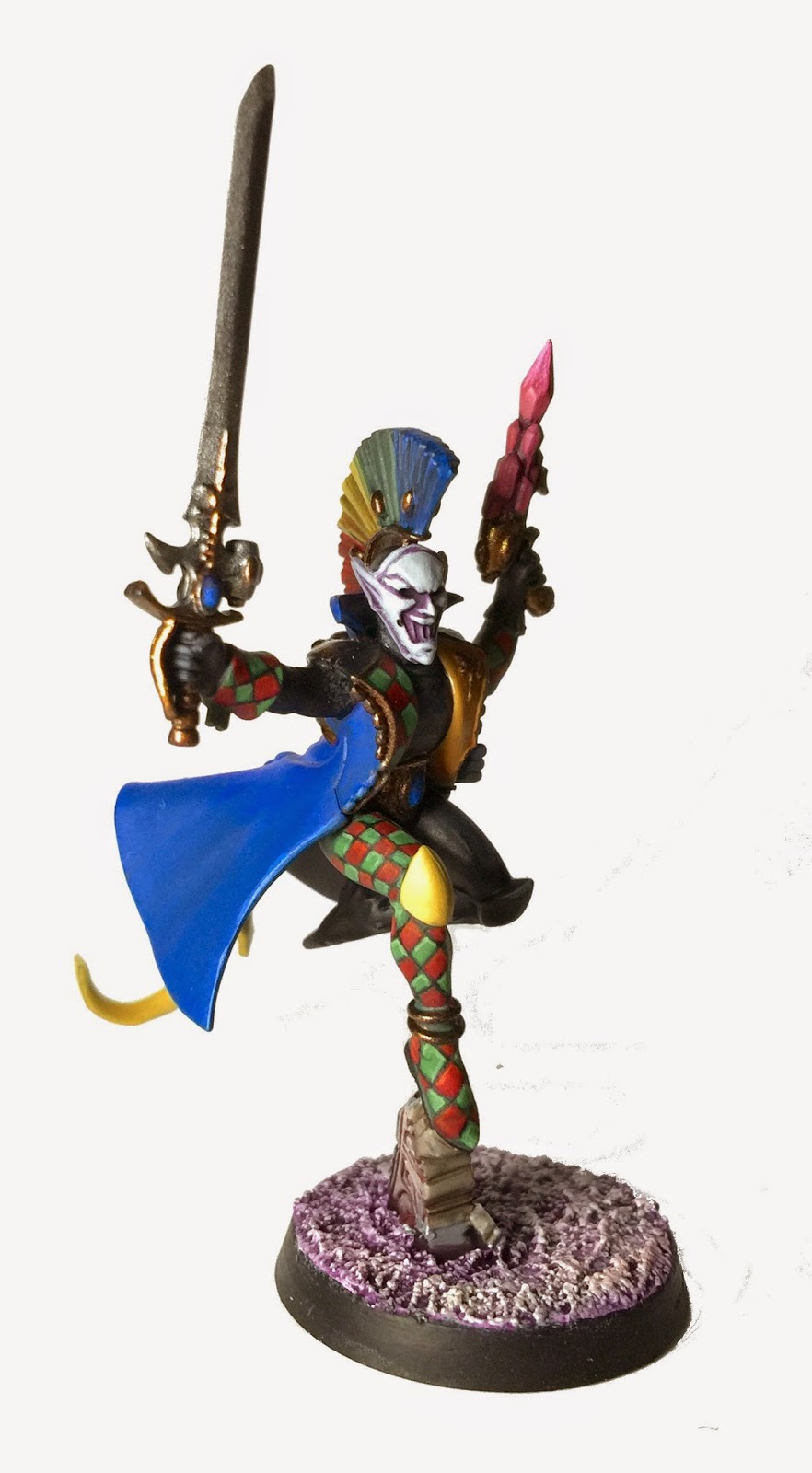 The purple  and white texture based was an experiment, and although it is growing on me I will trying something a lot more tradition out next before I make a decision about how the whole army will look. 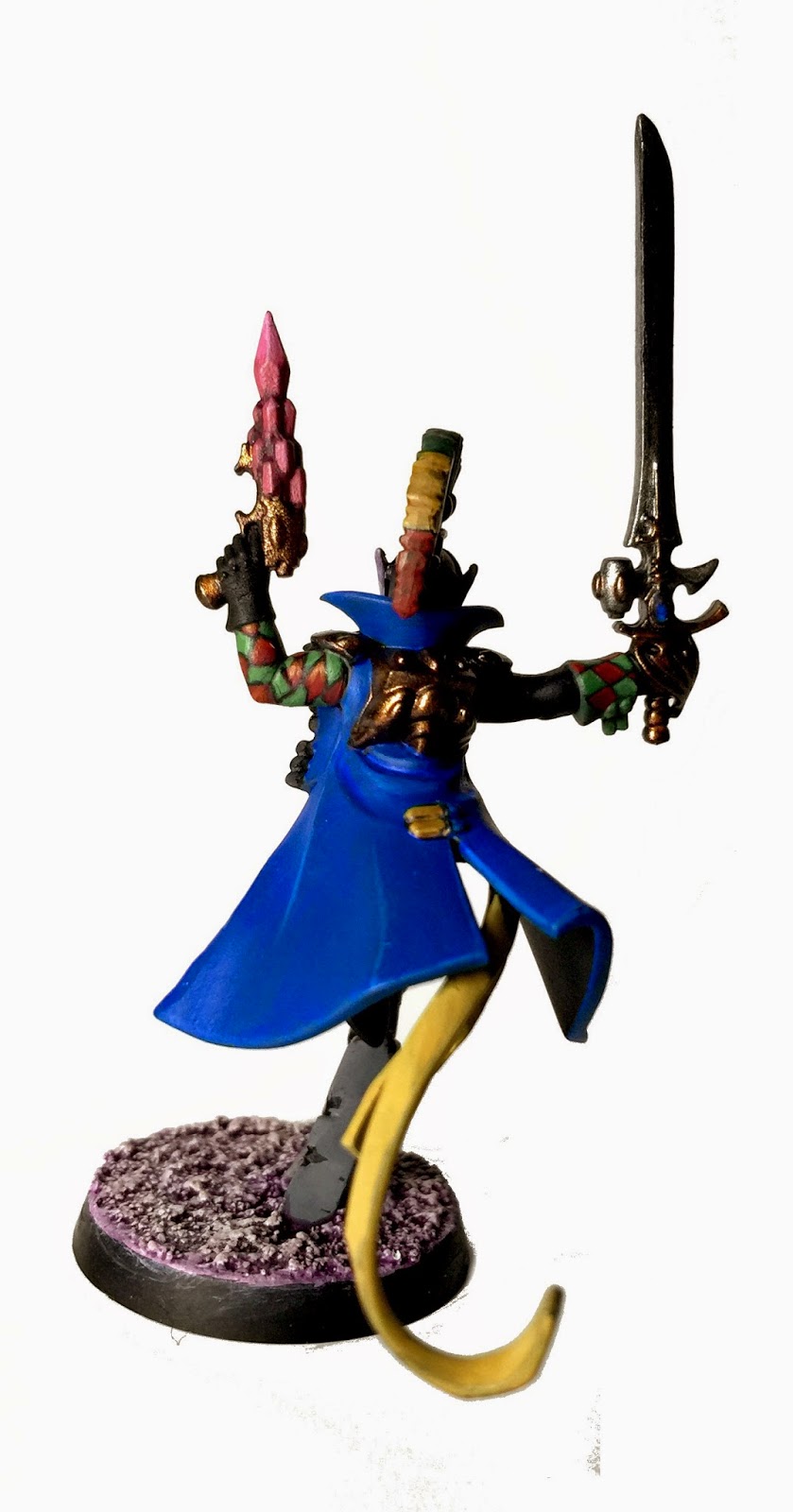 I will probably add some free hand to the back of the cloak and do some highlighting work on the ribbons before he goes off to be judged. I will also be trying to improve the gems and metallics a lot which are rather basic at the moment.

Update:
Here's a quick snap showing the grid for the checks on another mini from this squad. It looks pretty awful at this stage, but that's fine because there's plenty of opportunity to tidy them up as you fill the checks in. I start the red checks off using GW Khorne Red which has a nice strong coverage and is great for smoothing out a shaky diamond or two! 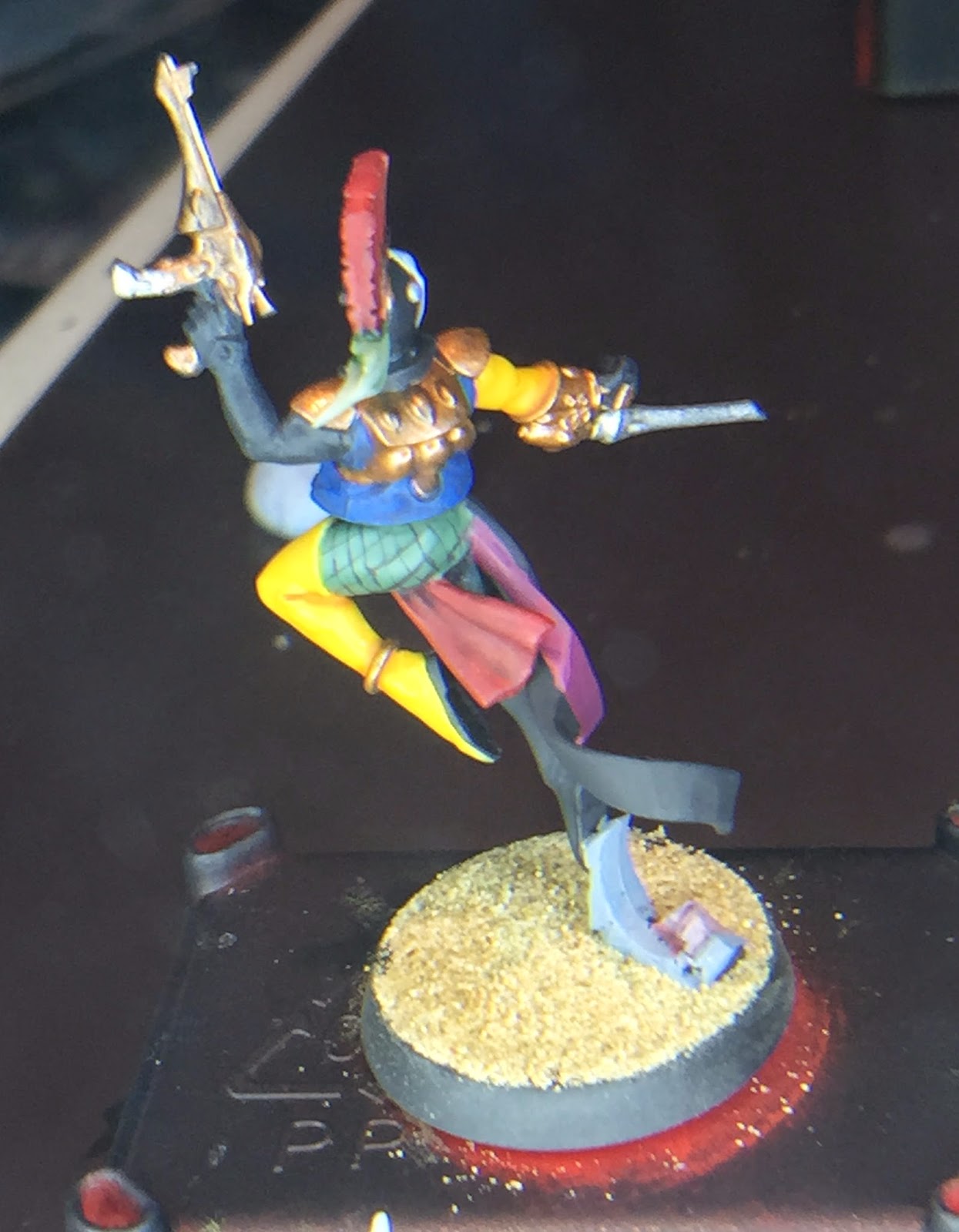 Posted by Danny Kastigaunt at 09:08

Email ThisBlogThis!Share to TwitterShare to FacebookShare to Pinterest
Labels: Harlequins