This is another of GW's (relatively) new plastic character models which I can't get enough of at the moment. Although I am trying to spend less time just doing scheme-matches, when I saw the Obelix-inspired scheme that the GW painters had used I had to give it a go.

The painting time on this mini was approx 8 hours 30 minutes, 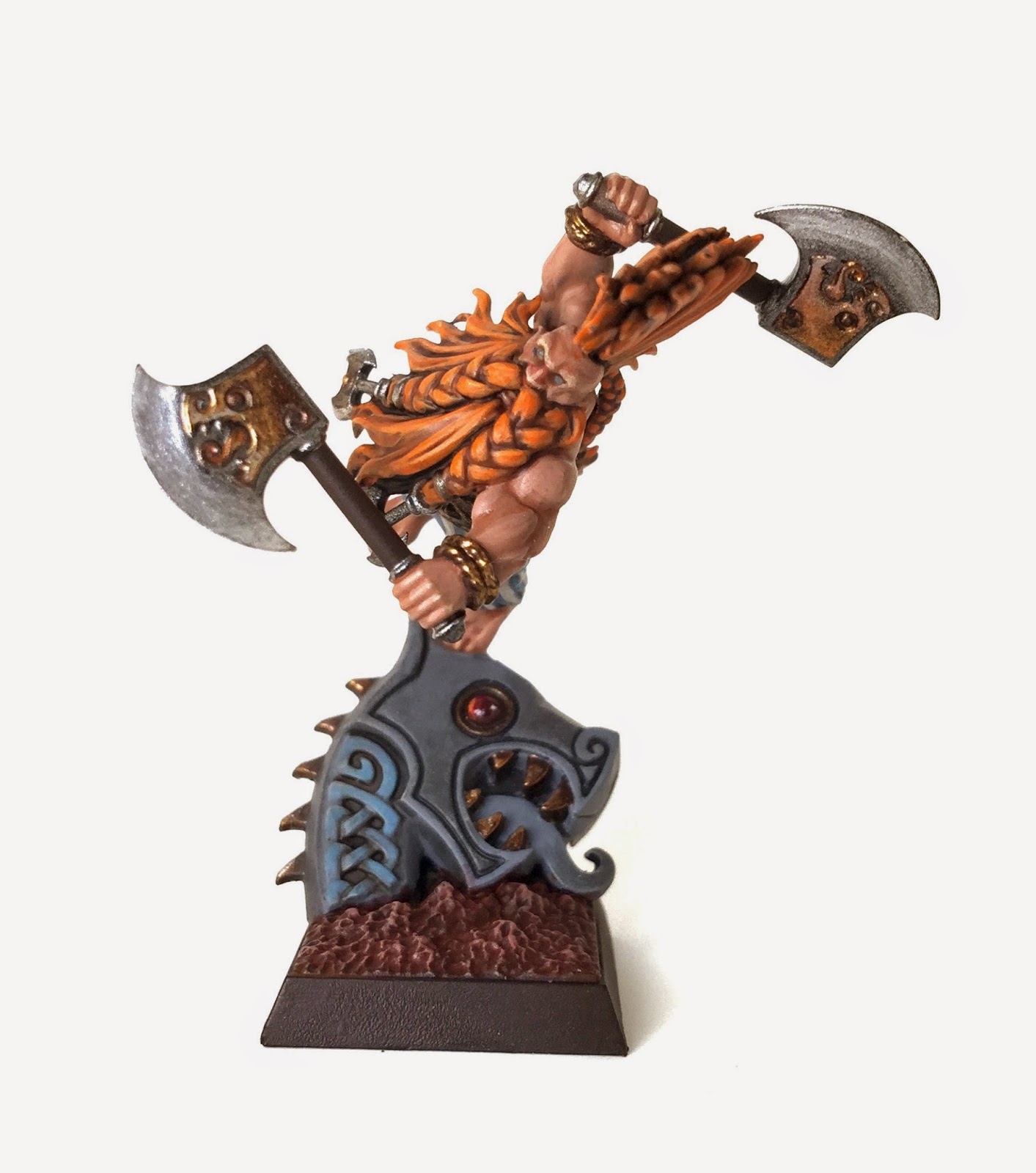 The ginger beard was a particularly satisfying bit of painting. I used the GW recommended scheme for Space Wolf beards - Jokaero Orange with a brown wash followed by Trollslayer and Fire Dragon highlights. I do struggle a bit to get decent coverage with Jokaero but I got there in the end. 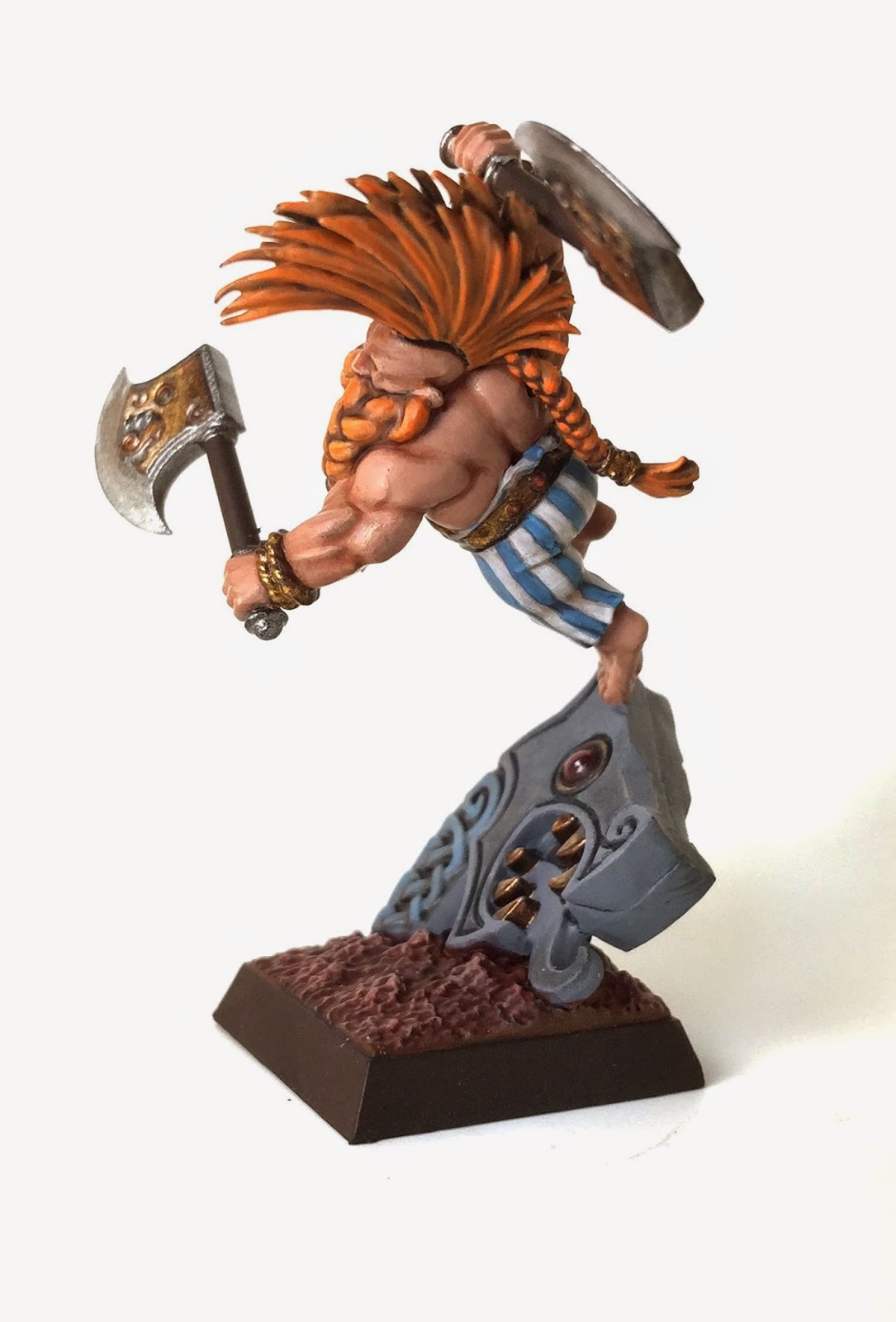 The Obelix trouser stripes where a great test of free hand which I really enjoyed, I only remembered after I had finished that the GW version also has a really nice free-hand tattoo which I had meant to have a go at. I may yet go back and add it to the mini, but for now its time to move on. 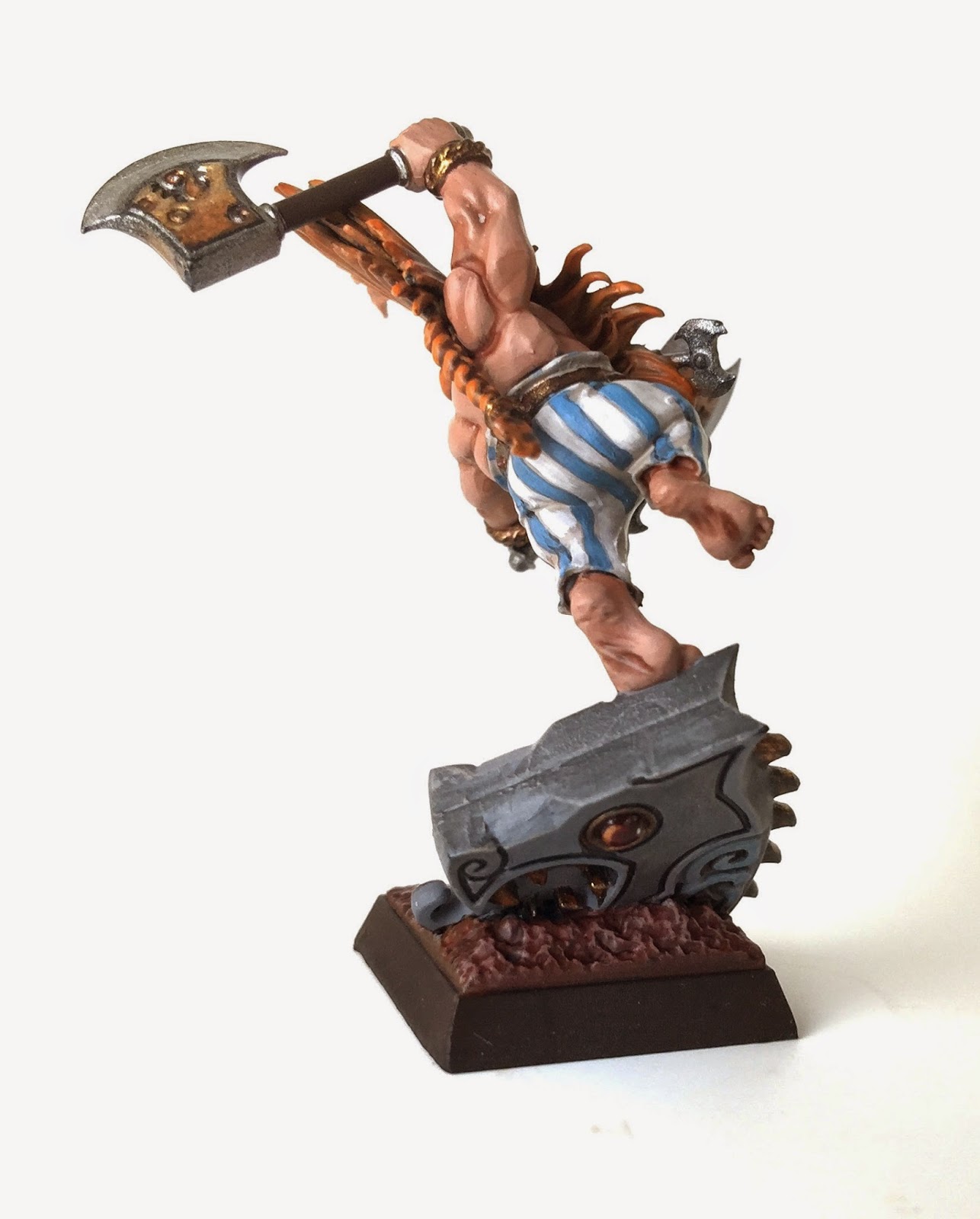 I've been trying to improve my metallics and although they aren't as good as I want them to be yet, I am quite a lot happier. The gold detail on the axe is built up from GW Warplock, followed by Gehenna's Gold, Auric Armour Gold with some Runefang mixed in for the final highlight. 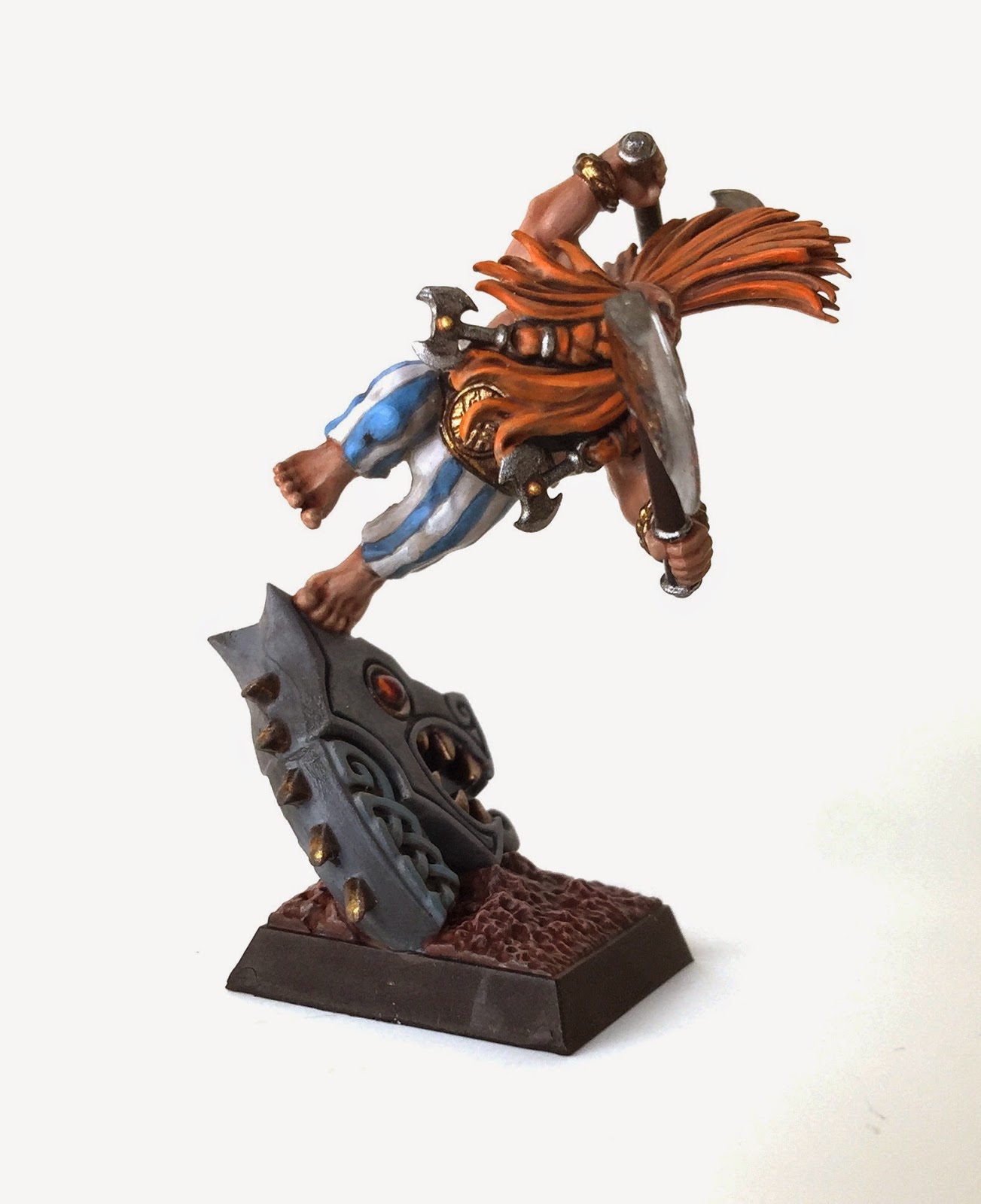 The stone dragon was surprisingly time-consuming but worth it overall I think as it is actually a big part of the mini. If I was going to be critical I would say GW are over-using the idea of having models vaulting off pieces of masonry just at the moment, but it is a fun look so I will let them off. 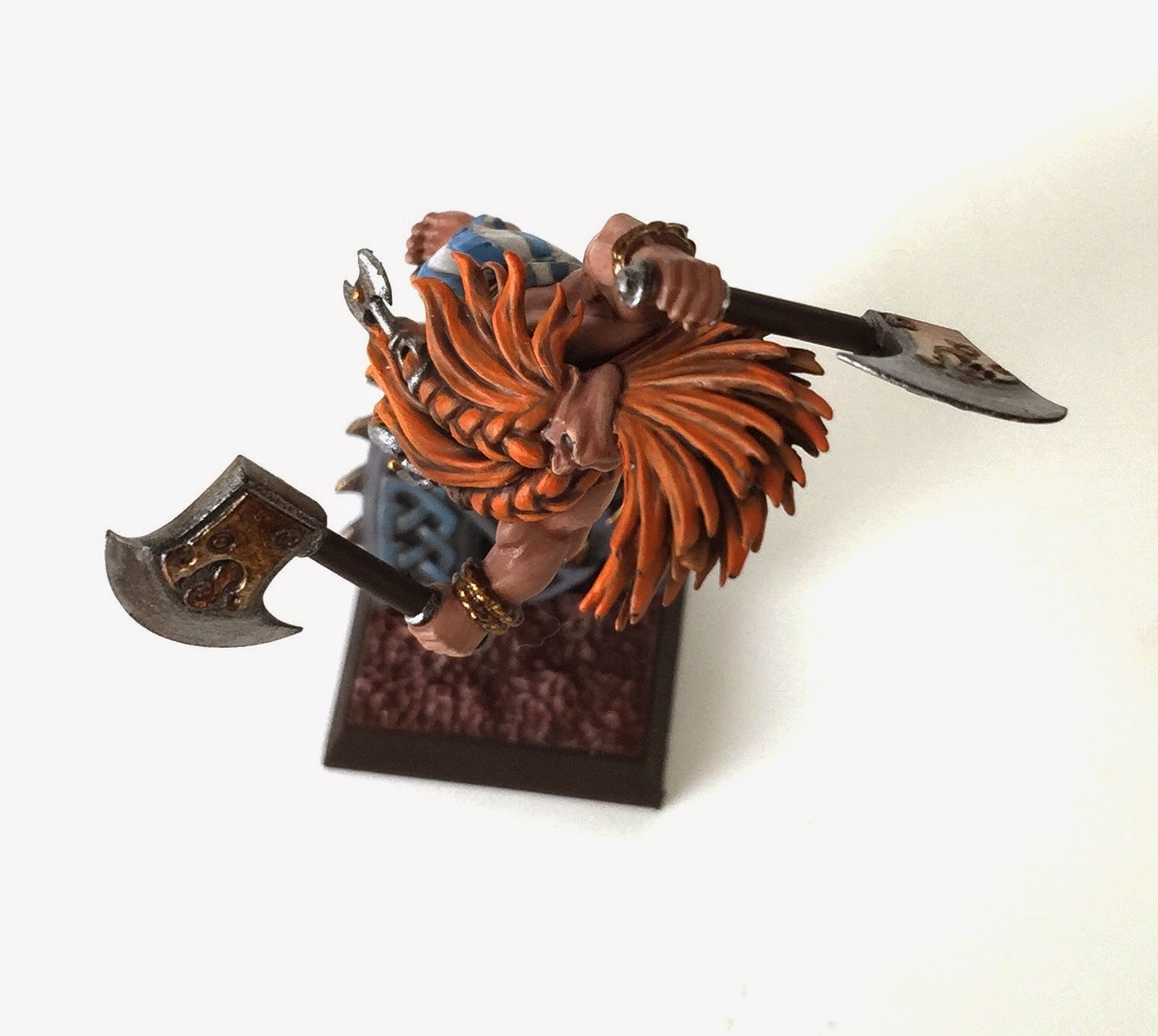 There's so much going in this sculpt that you can photograph it from pretty much any angle. It is one of my all-time favourites and I am very pleased to have a painted one in my collection. 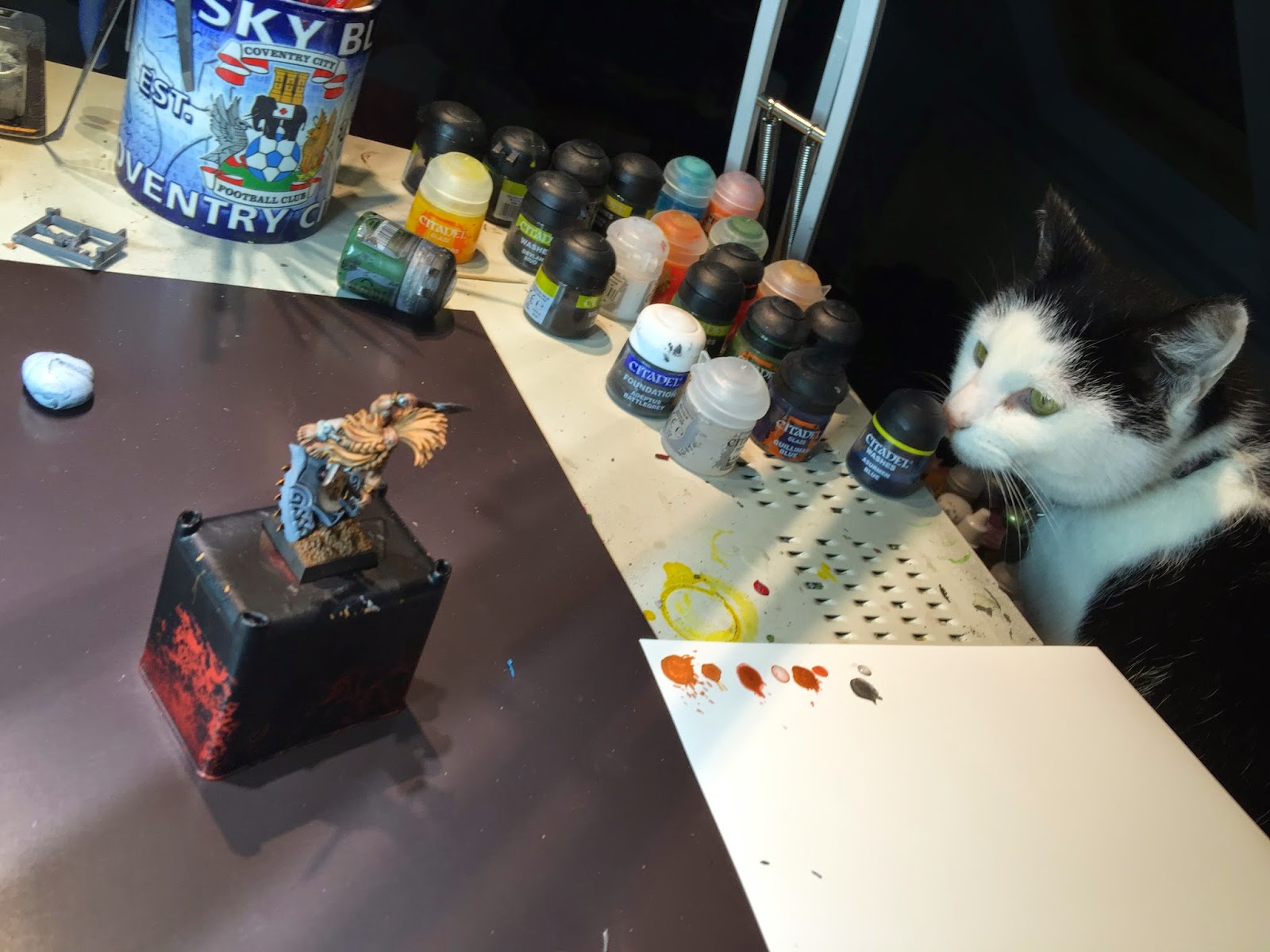 Fittingly, I had a rare visit from Warhammer Fantasy Battlecat while I was working on this one.
Posted by Danny Kastigaunt at 08:01