I've just finished magnetising the majority of the armour in my marine army, and frankly I am glad to see the back of those tanks from my modelling table! Anyway, I wanted to do a quick post about an alternative way of magnetising predator sponsons. 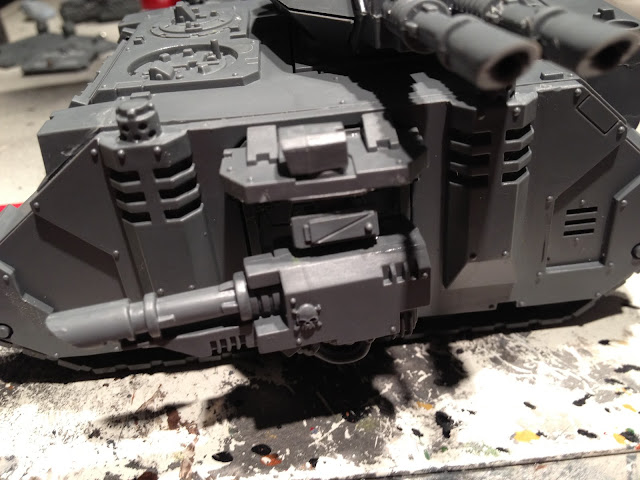 I magnetised the side weapons on the first of my two predators in the "traditional" way. The peg that connects the weapon to the tank is cut off just at the part where it becomes square, and a magnet is mounted there. 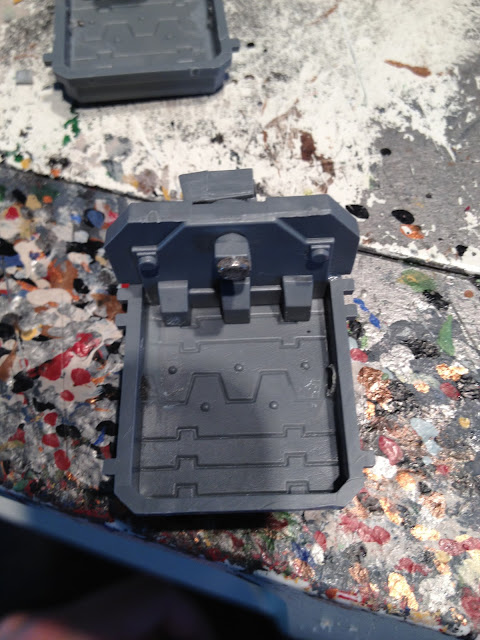 A matching magnet goes on the weapon, and you're finished. A simple and effective way of doing things. However, the weapons are only connected to the tank by a single point, which means they spin around when you pick the tank up generally feel a bit flimsy. This is particularly annoying when you use the lascannons. 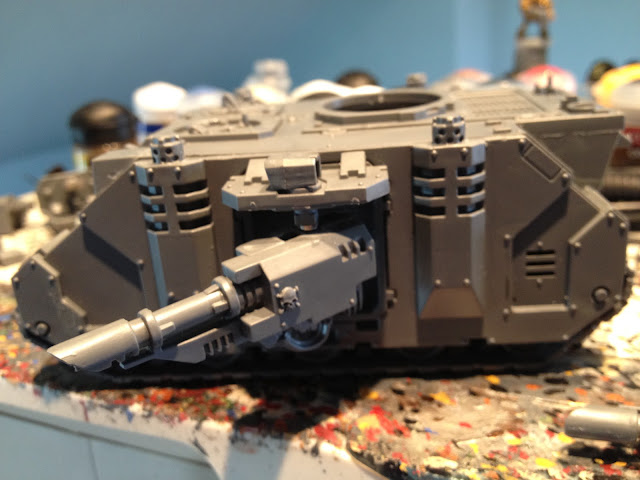 For my second predator, I decided to make a more sturdy magnet joint. The weapon peg is cut off at the same point, but this time a piece of sprue is added that gives you space for two magnets. 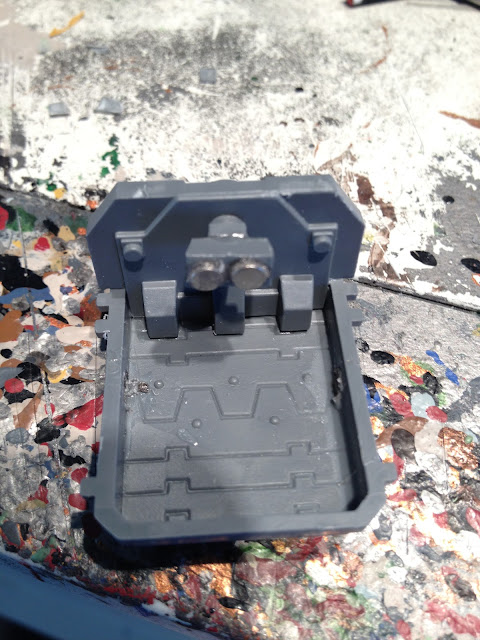 As you might expect, the next step is to add matching magnets to the weapon. One small change that I made from the previous build was to fill the gap in the weapons with green stuff and sit the magnets flush on top. I found this was more straightforward that trying to sit the magnets in the gap in the weapon, and it meant that it was easy to find enough space for the two magnets to go on with the correct spacing. 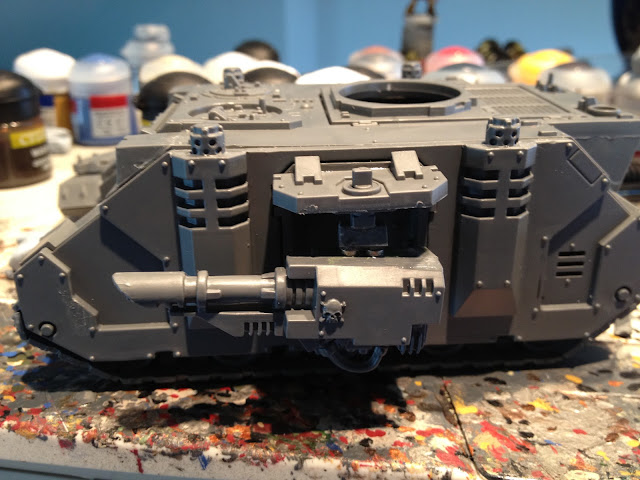 Here's what the tank looks like with the weapon mounted in this way. The lascannon sits quite nicely and won't spin around when you are moving the tank, but the bit of sprue is quite obvious and I decided it needed tidying up a bit. I had a look around on the predator sprues and decided that the battery for the lascannon could be converted quite nicely. 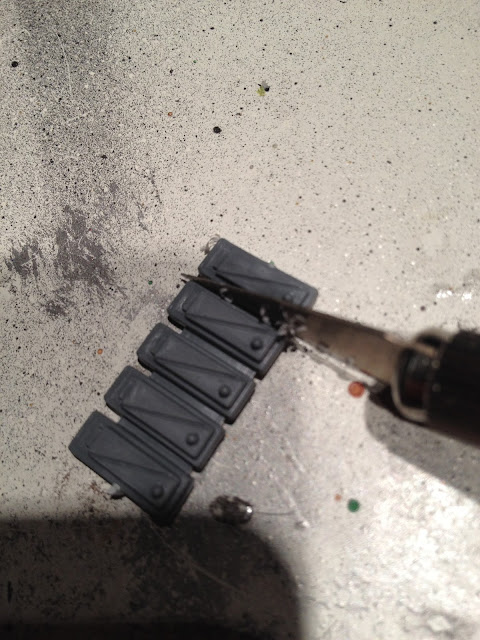 I chopped off one of the strips and tidied it up a bit, before sticking in over the sprue. I think that it improves the look quite a bit without much effort. So there you have it, a quick way of making sturdier predator sponsons. The only downside is that the weapon no longer rotates, but I am quite happy to give that up in return for a model that doesn't fall apart when you move it round the table.

Posted by Danny Kastigaunt at 13:11

Email ThisBlogThis!Share to TwitterShare to FacebookShare to Pinterest
Labels: tanks and magnets, tutorials