I've always fancied painting the old fashioned Salamanders paint scheme that is in the 1989 Warhammer 40,000 compendium. The modern green Salamanders colours are a lot more practical for painting an army, but it was this camo-syle scheme that captured my imagination the best part of twenty years ago and I've finally been brave enough to give it a try.

It was finally time to assemble and paint the RTB01 marines that I managed to find on eBay recently, and you couldn't have a better mini to try this scheme out on. 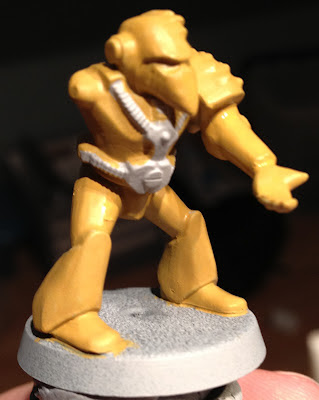 The first steps is a simple basecoat on top of a grey spray undercoat. I used GW Iyanden Darksun... I don't use all that many of the new paints yet because most of my old ones are still going strong. When I paint marines I like to spray the bolter arms and the backpacks separately so that I can easily get at all the details such as the belt and harness. 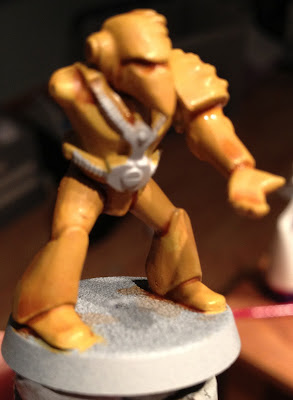 Next a wash into the recesses using GW sepia wash. Again, I used the old one but I am sure the new version would do the same job. 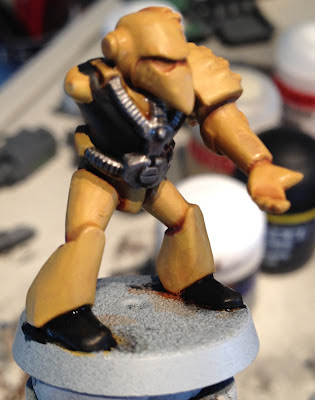 The original base colour goes back on to tidy things up, and some of the black parts are blocked out. The harness gets a coat of GW Boltgun Metal and then a black wash. 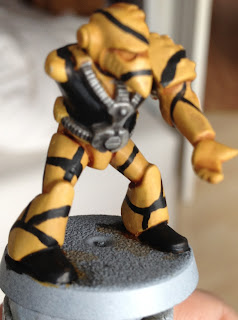 Now it's time for the scary bit! The black camouflage markings are added. I found it quite difficult to make it convincing... I didn't want to thin the paint because it would have made it tricky to control. I think a more experienced painter could probably make a better job of this step, but it was at least recognisable as the scheme that I had set out to do. 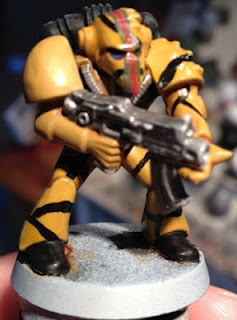 Next it was time to put the bolter arm on, and to tackle the stripes down the beak. This was much much harder than I anticipated and I didn't do myself any favours with a poor choice of colours. The outer strip is GW Adeptus Battlegrey which is far too dark for these purposes... Technically I wasn't that pleased, but it does have that Rogue Trader look which I hanker after so much, so I would say it was at least a partial success. At this point, I also applied the new GW Lamenters Yellow glaze. I will not be using it again - it have the model a shiny finish which I don't like at all, and didn't cheer up the yellow as much as I had hoped.

So here's the finished model... I gave it a 4/10 at first, but Mrs Kastigaunt said I was being harsh on myself and said it was worth a 6 or a 7 which is very nice of her! Actually, this marine ended up on the table the other day and I decided I was a lot more enthusiastic about it after having a few days to mull it over. Is it perfect? No. Is it a decent attempt at a paint scheme that I've always wanted to try? Yes, definitely. 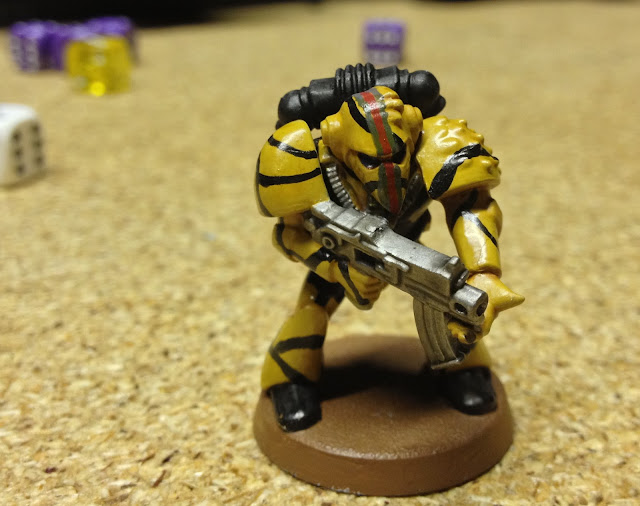 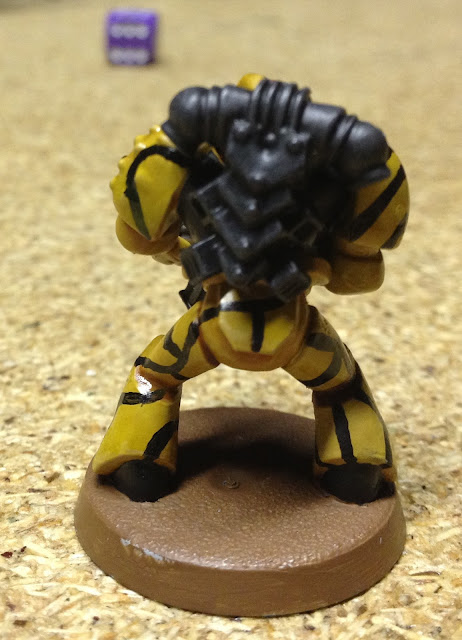 I'm not finished with this scheme... I've decided to add a third tactical squad to my marine army for larger games, and even though it would be cheap and straightforward I want to do something much more interesting that buying one of the current multi-part tactical squad boxes. Instead, I'm going to use my RTB01 marines along with some other first and second edition models to put together a unique tactical squad that will be a lot more fun. I considered doing the whole squad in this black and yellow scheme, but I'm not quite brave enough. Instead I'm going to tie the old camo scheme in with my current green scheme using the odd armour plate and shoulder pad here and there. Here are the two models I have finished so far... I will of course post about this squad in more detail once its finished. 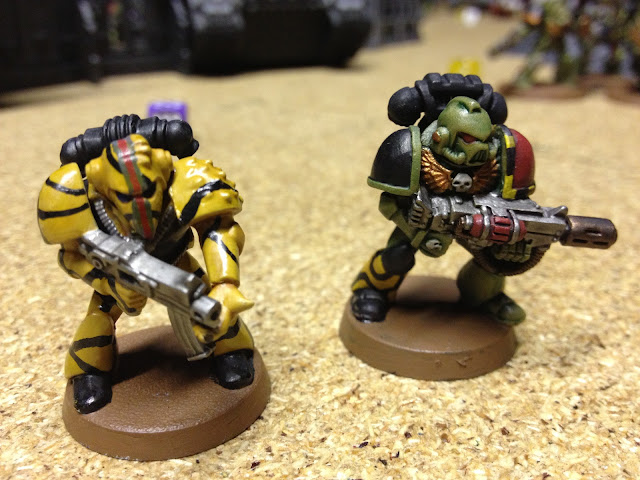 Here is a bonus picture of 40K cat helping me prepare this post. 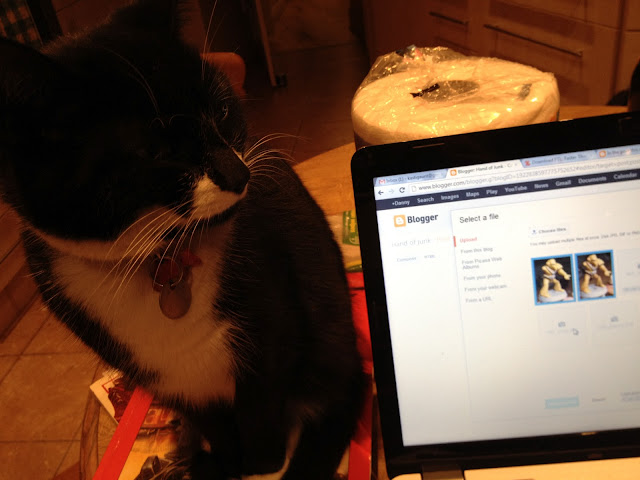 Posted by Danny Kastigaunt at 10:52