I was reasonably pleased with my attempt to paint the camouflage Salamanders scheme from the Rogue Trader era, but I wasn't brave enough to paint an entire squad like that. Instead, I decided to try and come up with a hybrid scheme that would link the Rogue Trader-style scheme to my current Sallies scheme, but wasn't as difficult to get right. Here's the result: 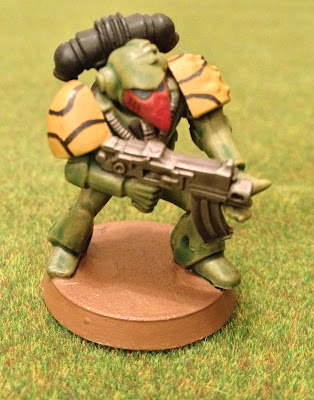 The beak wasn't originally intended to be red... I made a bit of a mess of painting a stripe on there so decided to just fill the whole thing in! I am much, much happier with the camo markings on the shoulder pads than I was with my last attempt, but then its far easier to make it convincing on a small area. 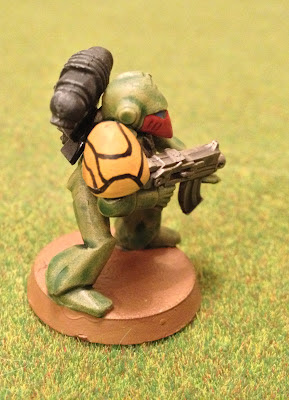 There's a nasty mould line in this view... I've been getting a bit lazy about cleaning my models recently. I'm more pleased with the dry-brush highlights on the back pack. Getting black to look interesting isn't easy, but this way works quite nicely. It's just GW Dheneb Stone drybrushed directly on over the black primer spray, and then muted back down with a heavy black wash. 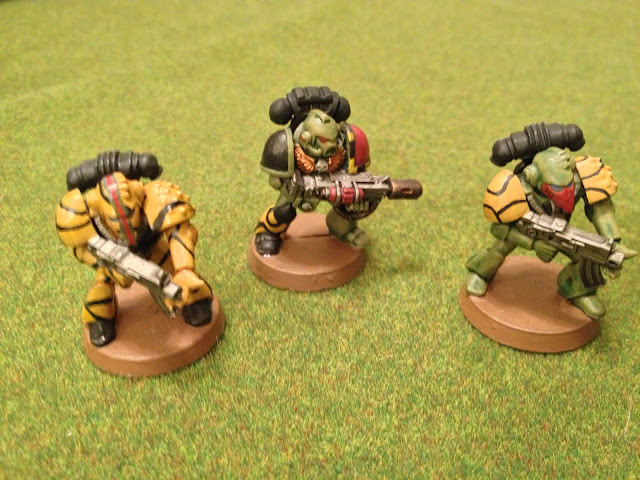 Here's the hybrid scheme along with the rest of my Rogue Trader / second edition squad that's finished so far. I think that the hyrbid minis are going to do a nice job of making the two schemes seem like part of the same army... 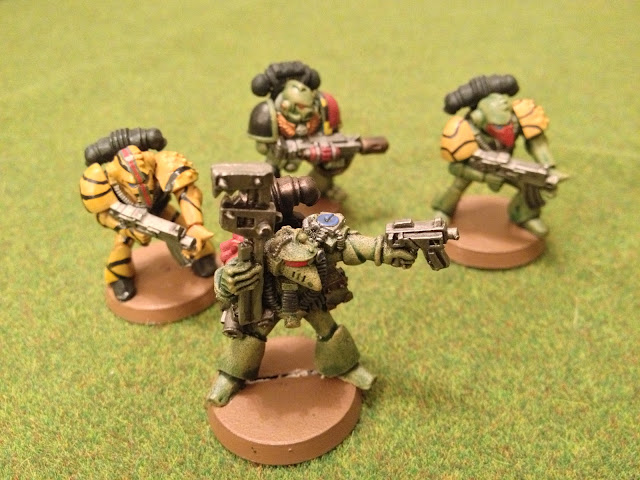 ...and here's the same group with my Rogue Trader Techmarine. He's actually not quite finished - there are some details on his shoulder pads that still need work. 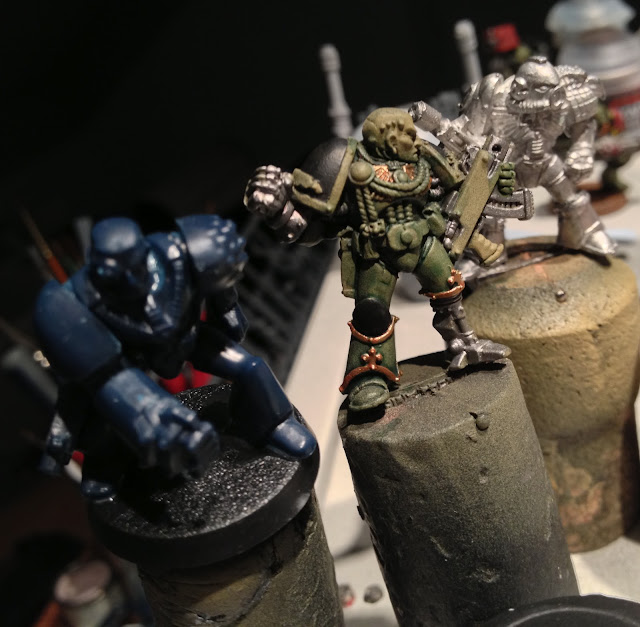 Here's my next wave of 80s / early 90s marines - an RTB01 sergeant, a captain and a Death Eagle marine (who's going to be painted green like all my other marines... I think it'll work out ok. Though actually, he'd look pretty mean in black, which is the proper Death Eagle scheme I believe... hmmmmmm)
Posted by Danny Kastigaunt at 13:30