A quick recap: our gaming group is currently enjoying a Necromunda revival using the original rules, scenery and models. I have just finished rescuing Poot's original Orlock gang that he got when he was 13. I didn't play Necromunda first time round, and I didn't know a great deal about it until recently, but I've got the bug now. I love how closely you track the development of each ganger, and some of the original sculpts are fast becoming some of my favourite vintage minis. 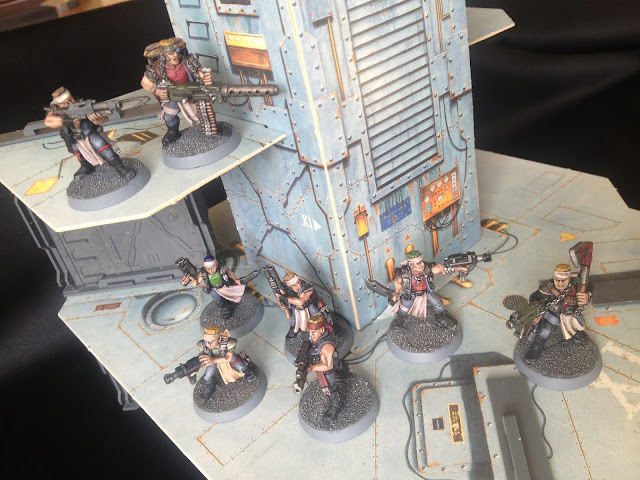 The reason I describe this is a "rescue" project is because this is what they looked like when I got my hands on them. They'd been spray undercoated and then left to rattle around in a box for twelve or thirteen years. 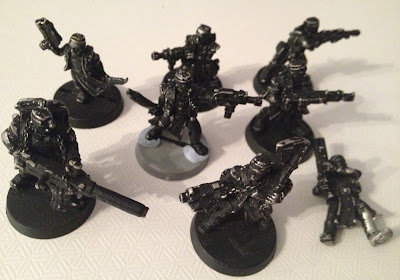 They looked a mess, but all they needed was a quick brush and scrape to remove the loose undercoat, and a touch-up with Vallejo black airbrush primer applied with a brush and they were ready to paint. I will do a tutorial for the scheme I used in the next few weeks. 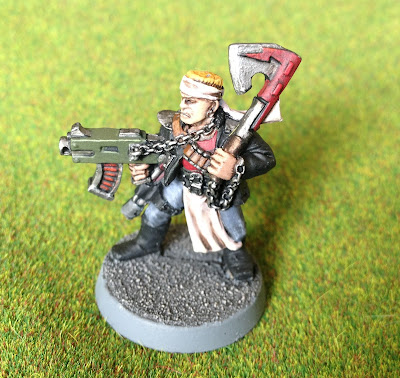 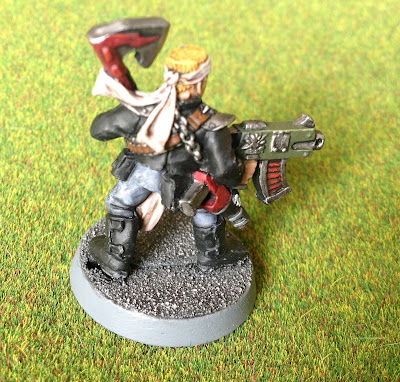 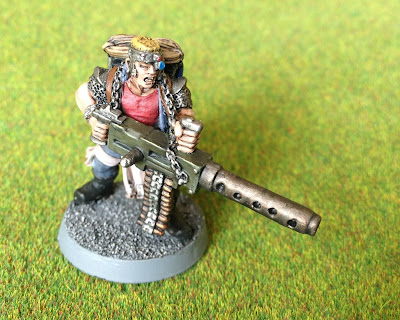 Ever since I saw this mini it is original rather battered state I really wanted to paint him. His heavy stubber had been converted into an autocannon by filling in the holes in the barrel with superglue. I drilled them back out again, and made a bit of a mistake on the back. Luckily, fluff comes to the rescue here, because it does look like it was knocked up in some illegal weapon shop in the underhive. 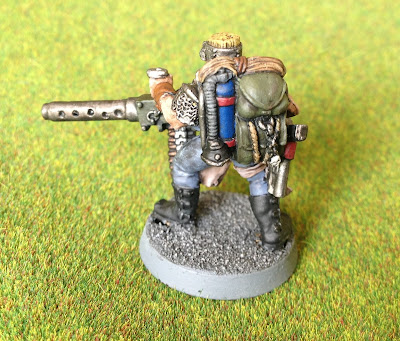 Here are some individual pictures of the other gangers. I've also been working on some of the new sculpt Orlocks which came out with the updated rules and I'll get them up on here as well. 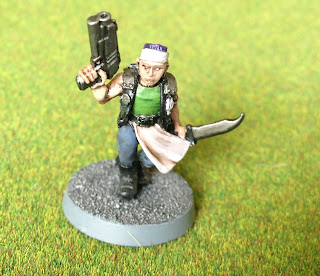 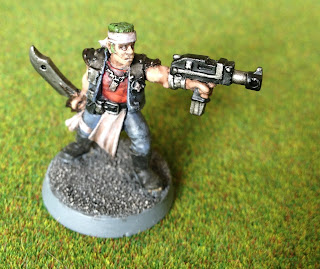 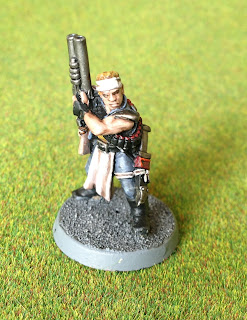 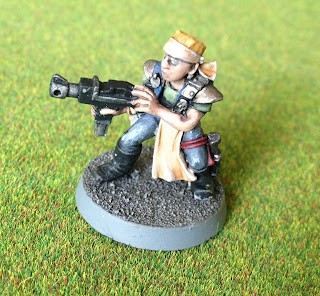 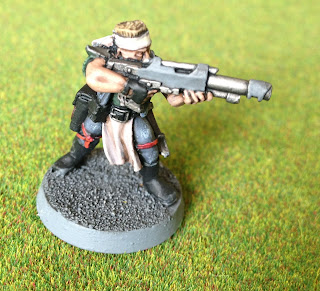 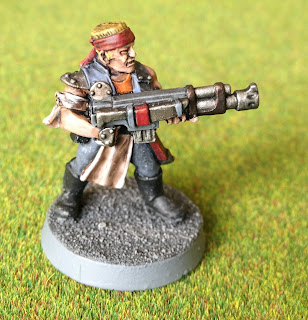 Posted by Danny Kastigaunt at 08:48