This post breaks some of my self-imposed rules because it doesn't include any finished models, but I am easing myself back into blogging after the Christmas period so I will let myself off on this occasion.

Citadel Combat Cards
I had completely forgotten about these until I came across a recent post over on the Impossible Fortress. We used to play with these in the early 90s, and when I remembered than there was a "Spacewar" featuring Rogue Trader-era minis I was straight off to eBay to procure a set. 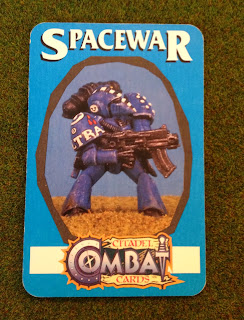 Of course, the natural progression from there is to get my hands on some of the minis and paint them as closely as possible to how they appear on the cards. I have chosen the following cards, as they feature models that are relatively easy to get hold of, and I will be painting them over the next few months. 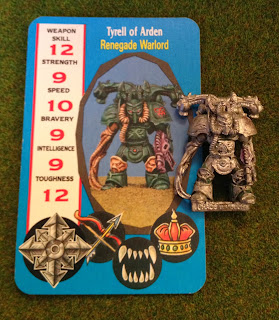 This Chaos Marine will be first. He's also a Citadel Limited Edition model (LE101), so this will overlap with my other new project - see below. 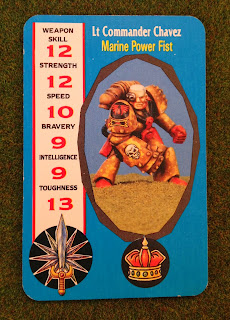 I am pretty sure that I have enough pieces left over from my RTB01 Tactical Squad to make this one. I remember him well from the Rogue Trader rulebook, and this paint job harks back to the days when marines were allowed camouflage. 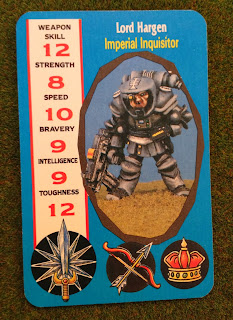 Another mini from the original rulebook. I have him in my sights on eBay! 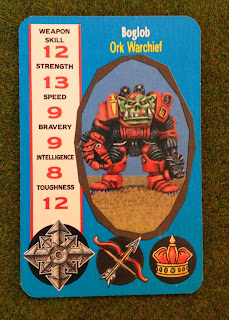 This one is proving trickier to get my hands on, but it is early days.

LE2 Imperial Space Marine and other Rogue Trader Era Limited Editions
It was only a matter of time before I wanted to paint the first ever Space Marine, and here he is, complete with 80s stlye hex base. This example actually looks like it is white metal rather than lead, but it is definitely the sculpt I was after so I don't mind that this one was produced later. 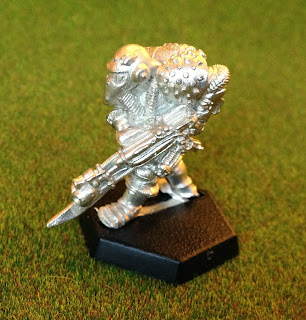 This got me looking at the Stuff of Legends page that catalogues the limited edition releases around the same time. I am planning to collect and paint a few of these, including the LE9 Space Skeleton which I've managed to track down (though I don't actually have my hands on him yet).

So there you go, two new projects to add to the painting backlog. For my own benefit more than anything else, here is a list of all the ongoing projects that I am currently working on:

Finally, here is a bonus picture of 40k Cat helping me to take these photos. 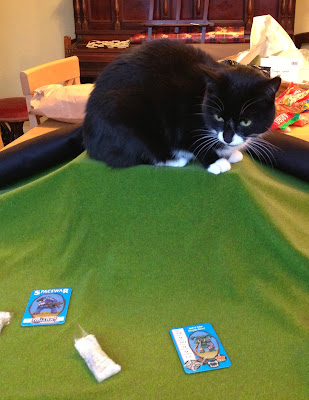