This is a model that I finished last year, and it has featured on this blog quite a few times but never in its own right. I loved my Rogue Trader Dreadnought, but I was totally in awe of the fortress on legs that replaced it when the Second Edition of 40k came out. Unfortunately, the £15 or whatever it would have cost at the time may as well have been £1500 considering that the 11 year old me wasn't enterprising enough to find himself a paper round! Anyway, twenty years later I managed to get ny hands on one, complete, unassembled and in the original box. 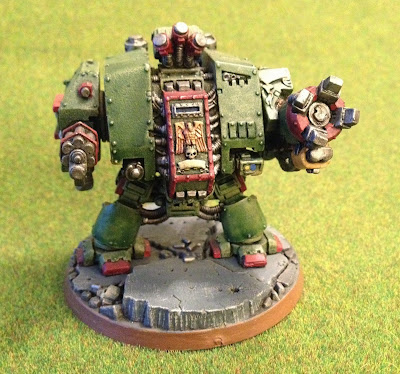 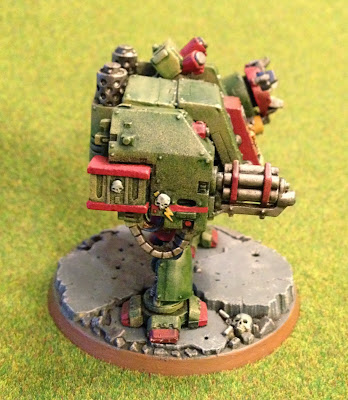 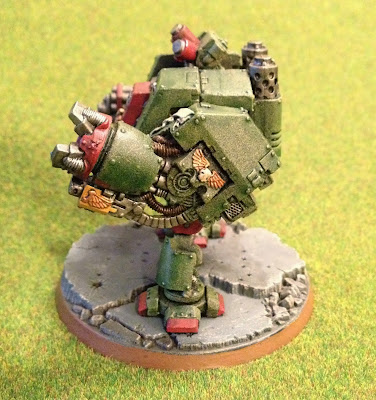 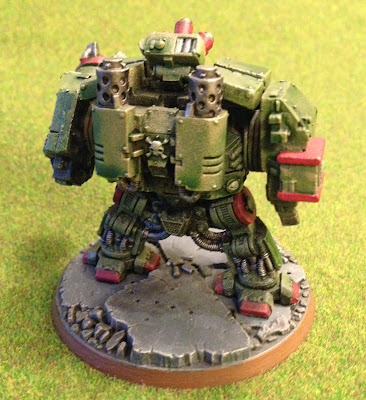 I was very excited when this arrived in the post. Getting the box included in the deal makes getting your hands on a vintage model even more exciting. 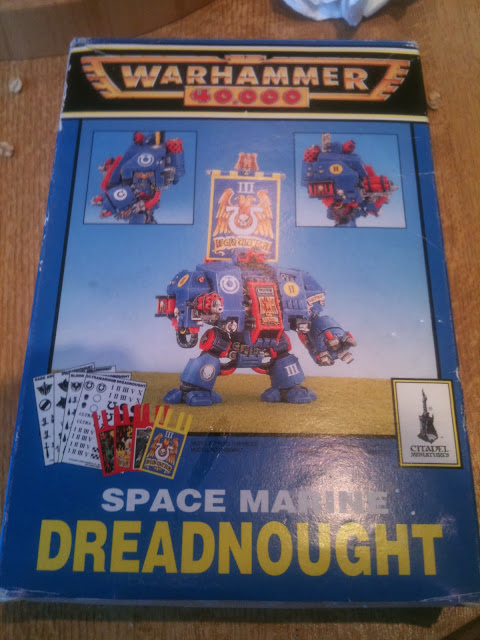 The only things that were missing from the box where the transfers and banners, but this model was always going to part of my Salamanders army so that wasn't going to be a problem. The next job was working out how all these rather odd chunks of metal would go together. 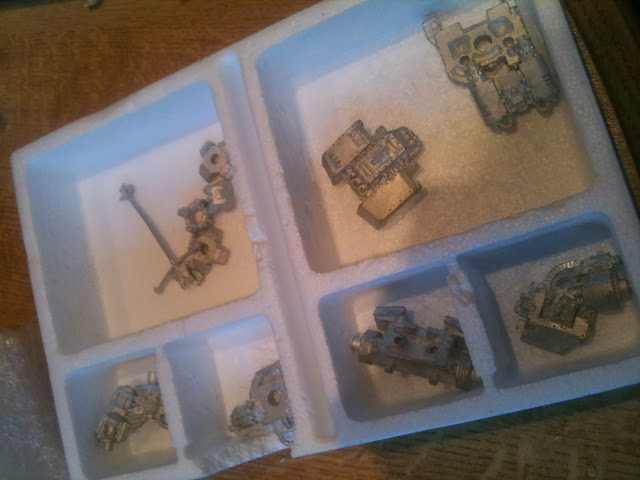 I decided that I would need to pin the model. I know that it was designed to go together without pins but I really didn't trust glue alone for such a heavy model. Incidentally, this particular example is white metal and would have been manufactured considerably later than 1993, but the design and box art would have been the same as the original  release, hence the title of this post. 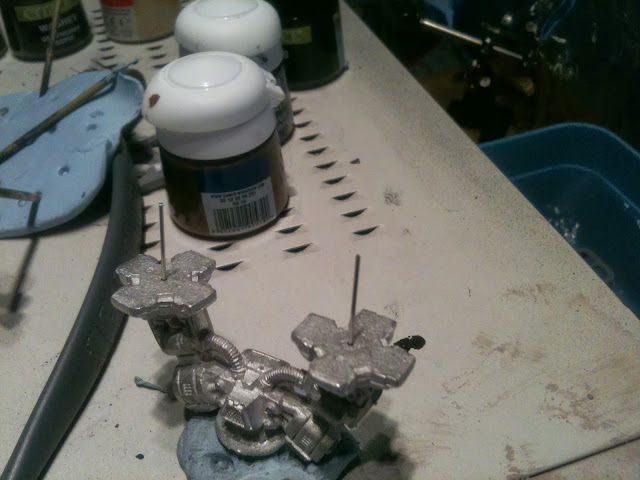 This model was designed to stand directly on the table without a base, but I decided that I would pin this on onto a modern dreadnought base. I really like to get vintage minis on the table in current games and I decided that this was the best way of doing it. 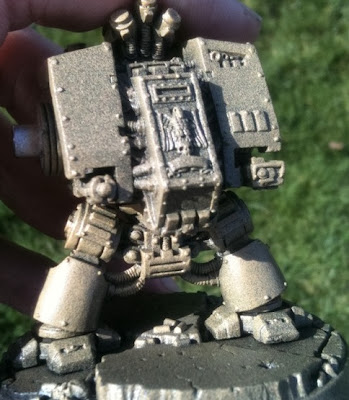 In this picture I have started to paint the model using the spray and wash technique that I use for my Salamanders army. The model gets a dusting with Army Painter desert yellow spray, and then gets covered with green wash... 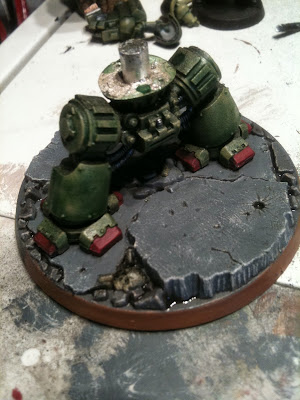 ...and here the legs have had their green armour finished and I have started working on the base before the body is glued so that I can get at it a bit more easily. 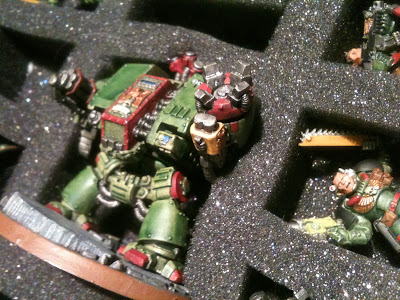 This model is such a huge lump of pewter that my case is noticeably lighter when he is not in it. It is also a regular in my Salamanders lists, although because I have played most of my Space Marine games using Fifth Edition rules (or the Fifth Edition codex at the very least) he usually has to pretend to be a rifleman. I have a modern plastic dreadnought with Forgeworld autocannon arms which I will feature on here soon.

Finally, here he is dwarfing his predecessor from the Rogue Trader era. 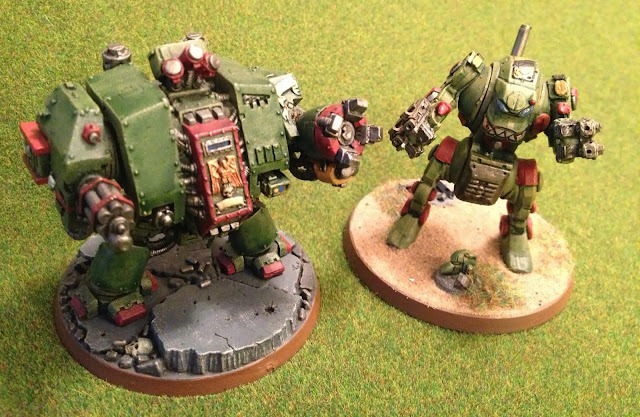