I've never played fantasy, but I do think that there are some very nice models in the range, and it is time to give one a try. This is one of GW's new style plastics which I am a big fan of... I haven't seen a bad one yet and I am planning to collect and paint a few more even if they aren't in armies (or games systems for that matter) that I collect. 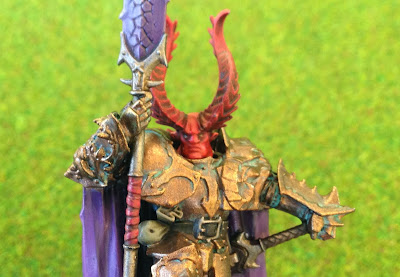 My co-defendant Poot has to take a lot of the credit for the ideas behind this project. I wouldn't have noticed how nice this mini was if he hadn't picked one up when it came out, and he showed me how to do the minotaur-style armour too. Below, I've written up two of the key features of the project - the home made "presentation base" and the bronze armour. 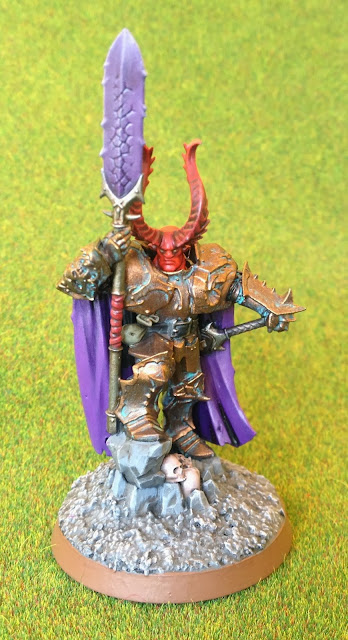 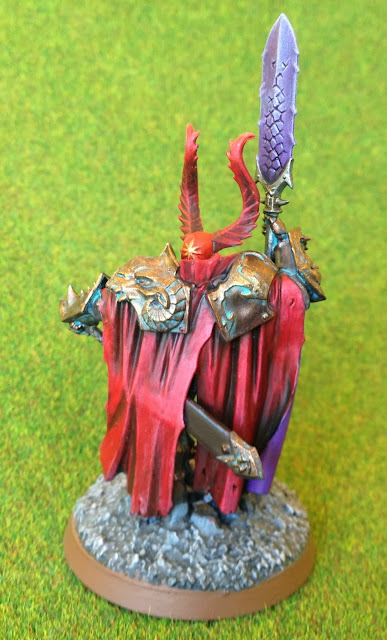 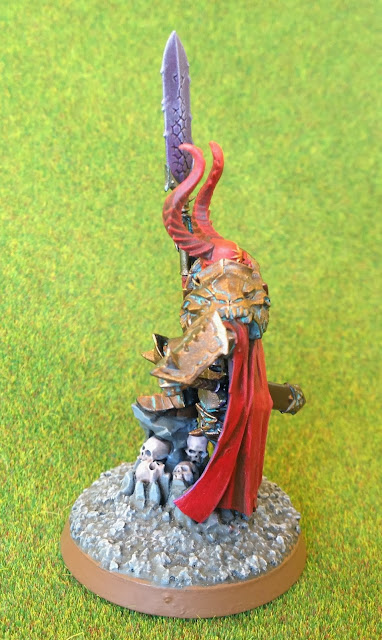 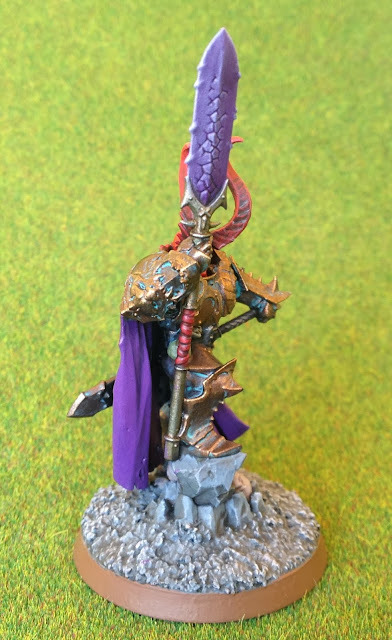 Minotaur-style Armour using GW Nihilakh Oxide
This mini was originally intended be an entry into a painting competition at our local GW, which had to feature one of their new weathering paints. In the end I was too busy with other models and with real life to enter it, but I still wanted to play with the new GW technicals. A while ago, Poot had painted this Minotaur Space Marine using a From the Warp scheme. 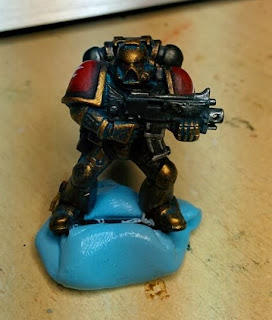 I was very impressed with this, and Poot suggest that this scheme using the Nihilakh Oxide for the verdigris would be good for the painting competition, so it was decided that the Chaos Lord would get Minotaur-style bronze armour. Firstly he got a basecoat of GW Tin Bitz / Warplock Bronze. 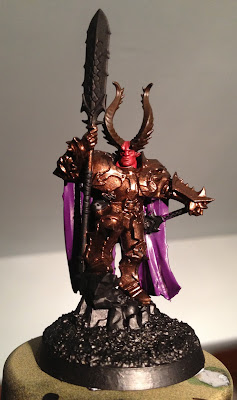 Then the whole thing gets covered with the oxide paint... 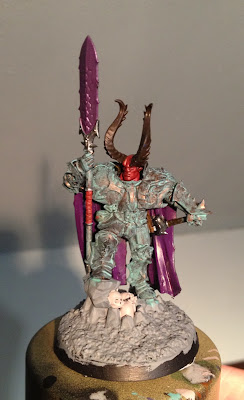 ...and then a drybrush with Tin Bitz again, with some GW Gehenna's Gold as a drybrush highlight and this very simple but effective armour is done. A side note - I was really impressed with some of the more unusual metallics in the new(ish) GW range which Poot lent me for this project. I find a lot of their hobby stuff pretty average, but the number of different tones of GW metallics available  is excellent and I will be investing in a few more. 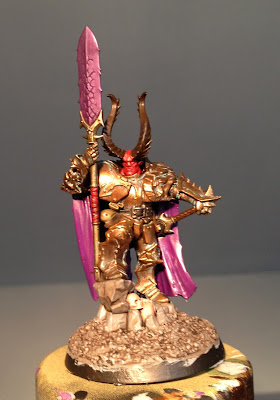 The Nihilakh Oxide is a much more delicate oxide effect than the watered down Hawk Turquoise that Ron and Poot used, but for this mini I think it works very nicely. I can't see myself using it that often, but it is a nice tool to have available and well worth picking up.

Cheap and Cheerful Presentation Base
To my 40k-player's eye, the little square base was nowhere near grand enough for such an imposing mini. I didn't need to worry about using him in games so I set about making him a cheap and cheerful presentation base. The bases on these new plastics are effectively part of the model, and they look amazing, so I wasn't going to do away with it completely. Instead, I mounted it on a 40mm round base, and trimmed off the corners. 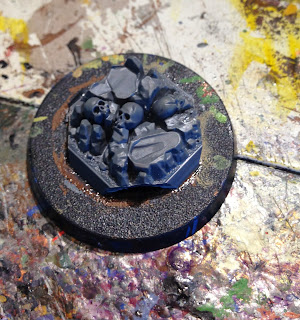 Next, several layers of fine gravel are added using PVA to gradually build up the round base to the point where it meets the sculpted GW base and covers up its sharp edges. This took a lot more layers than I was expecting, and if you including drying time it takes ages, but its very simple. Once the final layer is on it needs an extra coat of PVA to seal the whole thing and make it nice to paint over. 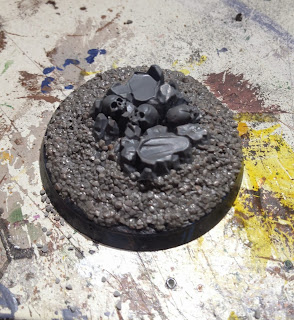 Finally, here is (most of) the mini in its new home. Far more fitting for such a fine model if you ask me! 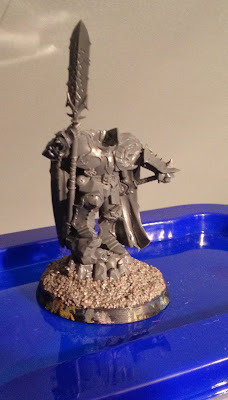